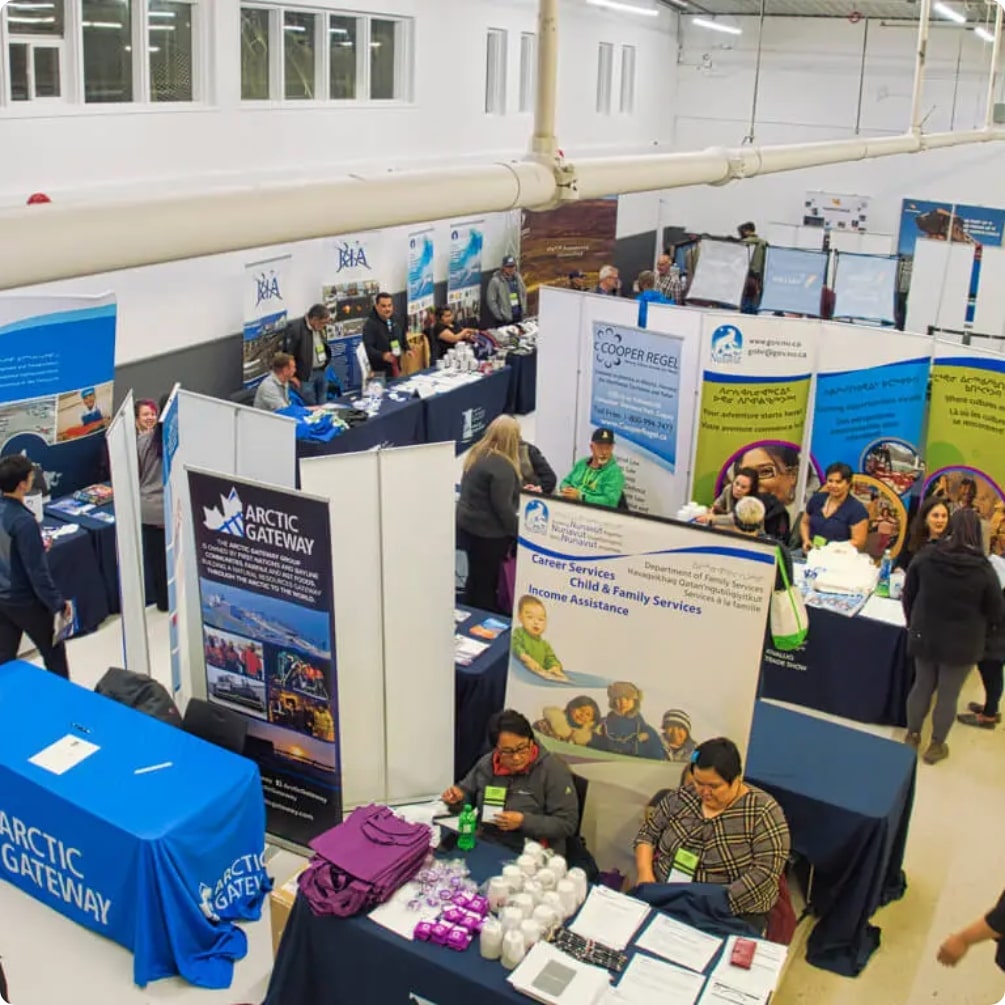 It has been two years since the Kivalliq Trade Show could be held in person and the return to a live event couldn’t come soon enough for Robert Connelly.

“I think the vast majority of people are excited to be able to gather again,” said Connelly, president of the Kivalliq Trade Show Society.

The three-day event that begins in Rankin Inlet on Monday allows businesses, government agencies and organizations in the Kivalliq region to set up booths on a trade show floor to promote themselves and discuss business with other delegates.

Connelly called it “a [chance] to make the deals that create jobs and opportunities for Nunavummiut, particularly Inuit,” adding approximately 200 people and groups are expected to register to take part.

The trade show runs Sept. 26, 27 and 28 at the Singiittuq Complex and Agnico Eagle Arena in Rankin Inlet.

Having a trade show geared to the Kivalliq is important because each region in Nunavut has different economies, Connelly said.

He pointed to the example of the Qikiqtaaluk region, also known as the Baffin region, which has prominent fisheries and cruise ship industries. By comparison, the Kivalliq does not have a cruise ship industry and a lot of its fishing is on inland waters, he said.

Plus Kivalliq industries are more mining-focused, he added.

“It’s to recognize the talents, businesses and entrepreneurial spirit that’s there in each of the regions,” Connelly said, adding the Kitikmeot region also has a trade show.

Organizations at this year’s trade show include Kivalliq Inuit Association, Sakku Investments, Agnico Eagle Mines Ltd. and various departments from the governments of Canada and Nunavut, he added.

More than 20 performers will be there as well, including many from the Kivalliq region. That includes Nelson Tagoona, a musician who combines beatboxing with Inuit throat singing.

Other highlights include a keynote address Tuesday by acclaimed Inuit singer Susan Aglukark and an art market open to the public on Wednesday, from 1:15 to 6 p.m. at Agnico Eagle Arena.

Also, three panel discussions will be held throughout the event. Topics are renewable energy and climate change, infrastructure challenges and solutions, and opportunities for capacity building, training and employment for Inuit.

With COVID-19 still present in Canada, the event has taken safety precautions, Connelly said. Hand sanitizer and face masks will be available.

More information is available at kivalliqtradeshow.ca.