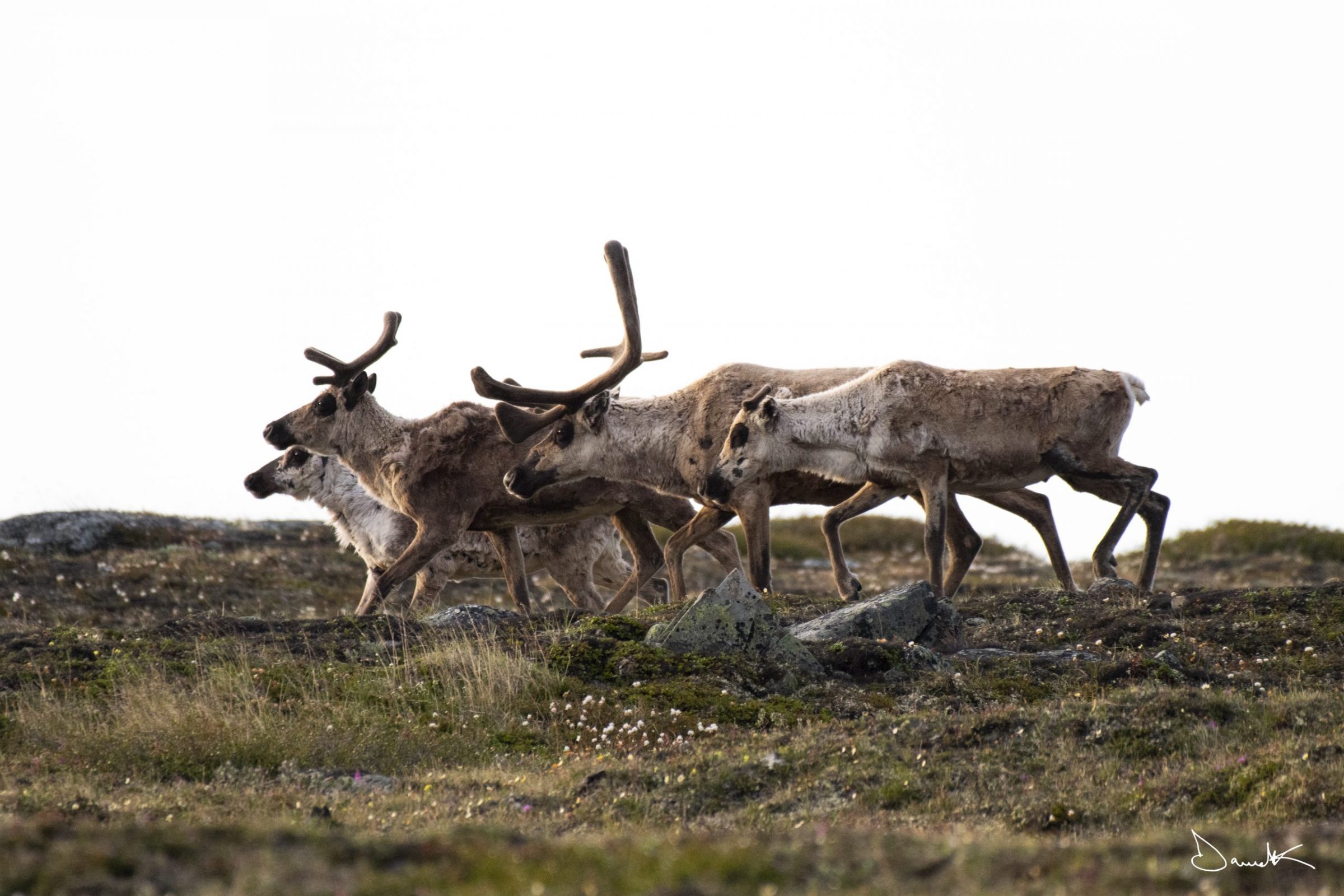 The federal government has given $800,000 to the Kivalliq Wildlife Board to study the effects of climate change on local food sources, like caribou. (Photo by David Kakuktinniq)

The Kivalliq Wildlife Board has secured $870,340 over three years to study the impact of climate change on access to food.

The funding was announced at the 15th Conference of the Parties to the United Nations Convention on Biological Diversity in Montreal on Dec. 9.

The wildlife board has developed a community-based monitoring program to explore links between the climate and various local sources of food, according to a news release from the federal government.

The program will include areas of concern identified by people who live in Rankin Inlet.

The wildlife board has previously received funding from the federal government to support this work. Last year, it got $459,615 through Crown–Indigenous Relations and Northern Affairs Canada, and $199,813 from 2019 to 2022 from Indigenous Services Canada.

The new funding announced in December will be applied toward the second phase of the project, which will involve using elders’ and hunters’ knowledge paired with scientific approaches to study how climate change is affecting local food chains.

The scope will range from microscopic marine organisms to changes in availability, quality and diet of country foods, such as Arctic char, ringed seal, bearded seal, beluga whales and polar bear.

“The development of research projects that are run by Inuit is a big step in monitoring the effects of climate change in ways that Inuit see and feel it,” said board chairperson Stanley Adjuk in the release.

“The Kivalliq Wildlife Board is proud to lead projects that will monitor these effects so that our observations can be integrated into our plans in the future.”

Northern Affairs Minister Daniel Vandal said the money will help to support those who maintain traditional knowledge as well as researchers.

“The vitality of northern and Arctic communities, as well as the Inuit way of life, is in jeopardy because of climate change and its devastating impacts on precious ecosystems,” he said in the release.