Lawyer pushes for hydrogen energy use in Nunavut mining

Hydrogen-fueled mining truck unveiled at South African mine this month 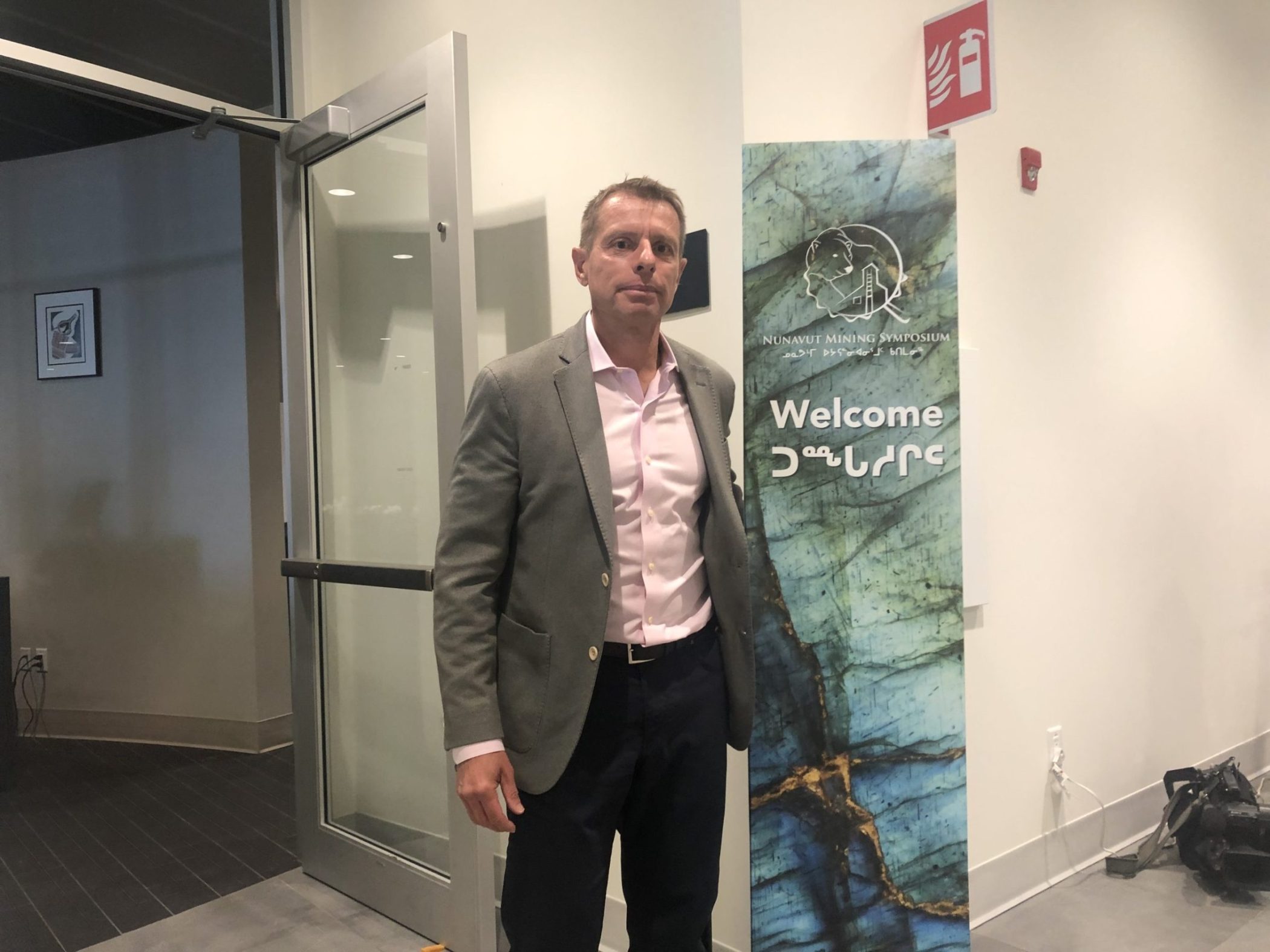 Jonathan Cocker, an energy transition lawyer and partner at the law firm Borden Ladner Gervais, says hydrogen can be a clean energy source for Nunavut mining now, not just in the future. (Photo by David Lochead)

Use of hydrogen as a clean energy source in mining is coming and Nunavut mining companies should not wait to adapt to it, says Jonathan Cocker, a lawyer who specializes in energy transition.

“It is only a matter of time,” he said Thursday, on the final day of the Nunavut Mining Symposium in Iqaluit.

Cocker is a partner at the law firm Borden Ladner Gervais, based in Toronto.

In his address at the symposium, he spoke of the benefits of using hydrogen as a form of clean energy in mining.

Hydrogen does not produce carbon emissions, but its fuel can be produced through a variety of sources, including natural gas, nuclear power, biomass, solar or wind power. When used, it produces water as a byproduct.

Hydrogen fuel cells have been used to power cars, and earlier this month, De Beers parent company Anglo American unveiled a prototype of what it says is the “world’s largest” hydrogen powered mine haul truck which is being used at its Mogalakwena platinum mine in South Africa.

At this week’s symposium, Cocker pointed to the potential for using hydrogen fuel to power mining equipment. He said hydrogen fuel cells would even be functional in Nunavut’s cold temperatures.

Cocker said regulators should start expecting mining companies to make the switch to clean energy now, because “we’ve got a climate emergency.”

The effects of climate change are apparent in the Arctic. The region is heating up three times as quickly as the rest of the world, causing permafrost melt and rising sea levels.

Cocker says federal funding is available for hydrogen energy, through the Government of Canada’s Indigenous-led clean fuels program, which can fund up to 50 per cent of capital costs on a project.

Heather Shilton, director of Nunavut Nukkiksautiit Corp., an Inuit-owned organization dedicated to renewable energy in Nunavut, said hydrogen energy has potential in Nunavut, but there is other work to be done to first.

“There needs to be a renewable energy strategy before we can work on a hydrogen strategy,” Shilton said.

At the Chidliak diamond exploration project on Baffin Island, De Beers Canada is looking at the potential of using fuel cells, according to company spokesperson Terry Kruger.

“That said, we anticipate that no single source of renewable energy will provide the power needed for a mine,” he said.