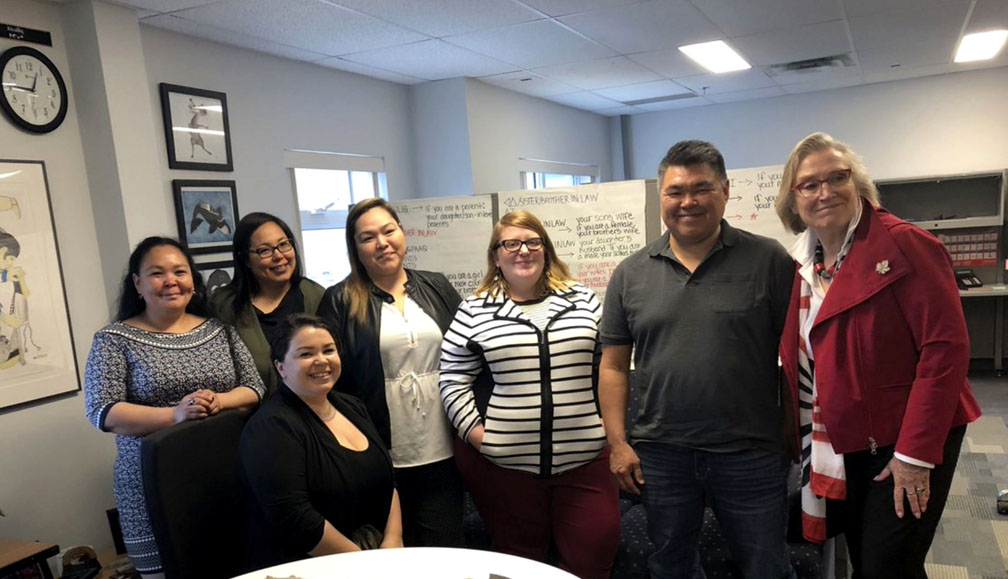 In a pre-election photo-op on July 8 in Iqaluit, Carolyn Bennett, the minister of Crown-Indigenous Relations and Northern Affairs, announced the creation of a new federal labour market strategy for Inuit that was first set out in the Liberal government’s 2018 budget.

Bennett, speaking on behalf of Patty Hajdu, the national employment minister, made the announcement at the Iqaluit offices of Pilimmaksaivik, the federal centre for Inuit employment.

It’s part of a re-working of an old federal funding program that was called “ASETS,” which stood for the Aboriginal Skills and Employment Training Strategy.

But it now has a new name and new acronym: “ISET,” which stands for Indigenous Skills and Employment Training.

In the 2018 federal budget, the government announced it’ll spend $2 billion over five years on ISET, and $408.2 million per year thereafter.

The Inuit-specific component, which they described as a new Inuit labour market strategy, is worth $161.2 million over five years, or $32.6 million a year thereafter.

Although they give no information on what is specifically available to Kakivak, they do provide a list of the Inuit agencies in southern Canada and Inuit Nunangat who will get a piece of that $32.2 million.

Those agencies are:
Ontario
• Tungasuvvingat Inuit

“The Inuit Labour Market Strategy recognizes the unique needs of the Inuit, and aims to reduce the employment and skills gaps between Inuit and non-Indigenous people,” the federal government said.