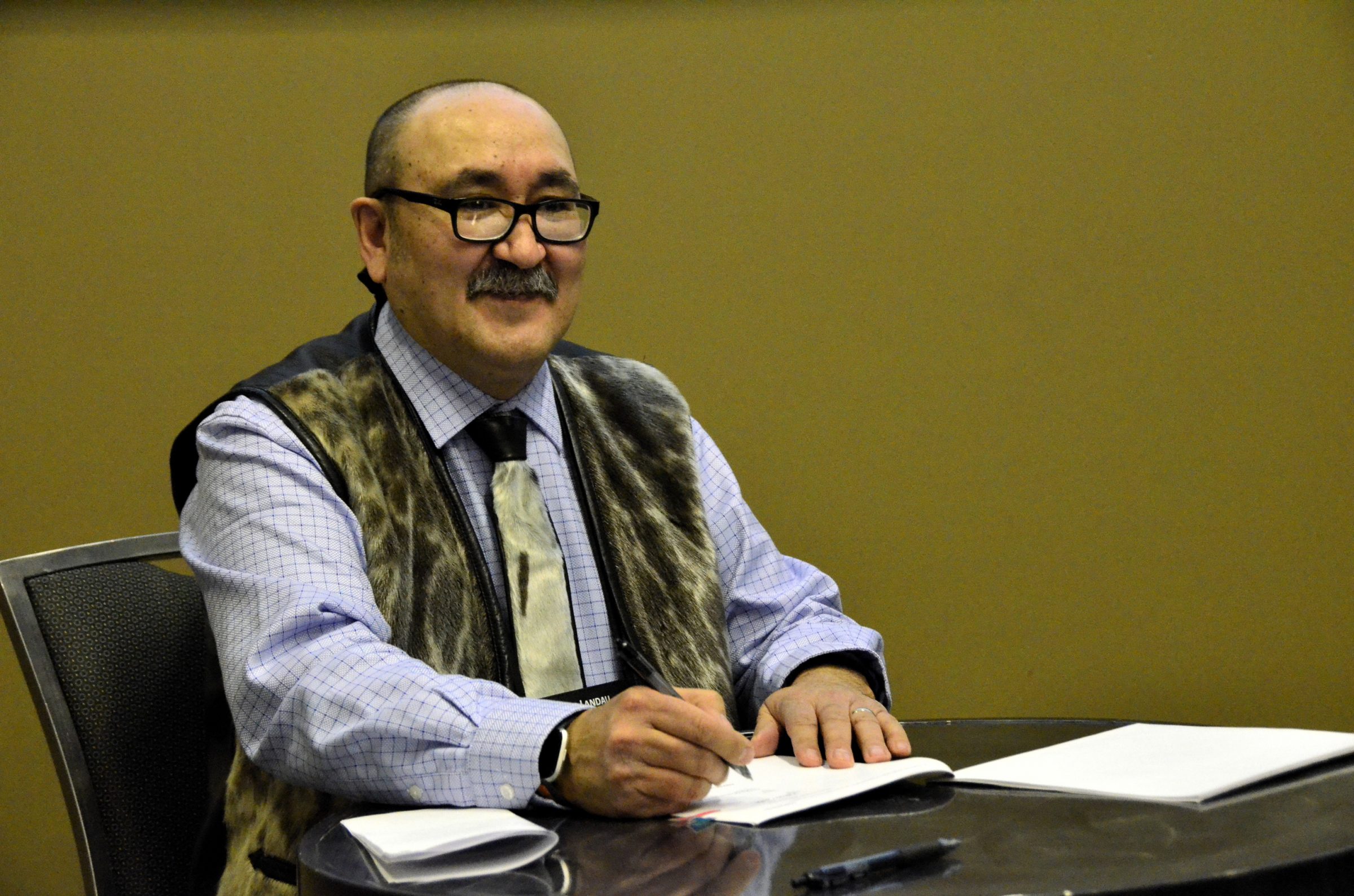 Despite a “constant struggle” to engage Inuit voters, the president of the Kivalliq Inuit Association says he’s confident the upcoming election will yield a higher voter turnout than other Inuit organization elections held in the last year, where less than 20 per cent of eligible voters casted a ballot.

The Kivalliq Inuit Association’s election for vice-president is scheduled for April 12, and has six candidates in the running.

Kono Tattuinee, who won his presidency with a 31 per cent voter turnout in 2019, said he believes there will be a better turnout than the last election because the tight race has garnered the interest of voters.

“I think for this time around, we are a little bit more optimistic even though we have this pandemic,” Tattuinee said in an interview with Nunatsiaq News, adding he will speak about increasing voter turnout at the Nunavut Tunngavik Inc. board meeting.

Low voter turn out is nothing new to Inuit organizations.

NTI President Aluki Kotierk said she is “very concerned” about the issue, but believes this year’s turnout can be partially attributed to the pandemic and postponement of the election.

“I know that with so much uncertainty and concern about our health and well being, many people do not want to risk going to the voting polls,” she said.

Even without the pandemic, however, NTI presidential elections since 2008 haven’t reached more than a 35 per cent voter turnout.

Ayaya Marketing and Communications runs elections for all three regional Inuit associations and NTI. It is affiliated with Nortext, which is also the parent company of Nunatsiaq News.

Managing director Nadia Ciccone said organizations, along with Ayaya, have been opening up voting options, such as mail-in ballots and no-contact mobile polls, in which someone drops off a ballot at someone’s residence, the voter checks it off, and the filled ballot is picked up later.

The latter, she said, was used in Arviat during the NTI election to provide a safe way to vote.

“One of the things that we’re trying to do is allow more flexibility in voting,” Ciccone said, adding that increasing accessibility may welcome more voters.

Fred Pedersen, director of planning and communications for the Kitikmeot Inuit Association, said the association tries to speak at schools, but the process has become more difficult since it has to ask permission from the territory, rather than from individual education district authorities.

“We often hear from students that attend the [Nunavut Sivuniksavut] program in Ottawa that they wished they could have been taught about the Nunavut Agreement in high school in their home communities,” wrote Pedersen in an email to Nunatsiaq News.

Kotierk and Pedersen said that it’s up to Inuit organizations to connect with voters more often.

“I think certainly there’s a job for Inuit organizations to have more engagement with Inuit so that Inuit see how important it is to participate in voting for their leadership,” Kotierk said.

Correction: This article was updated to clarify the relationship between Ayaya Marketing and Communications and Nortext.