Magic Ben up to his old tricks in Nunavik 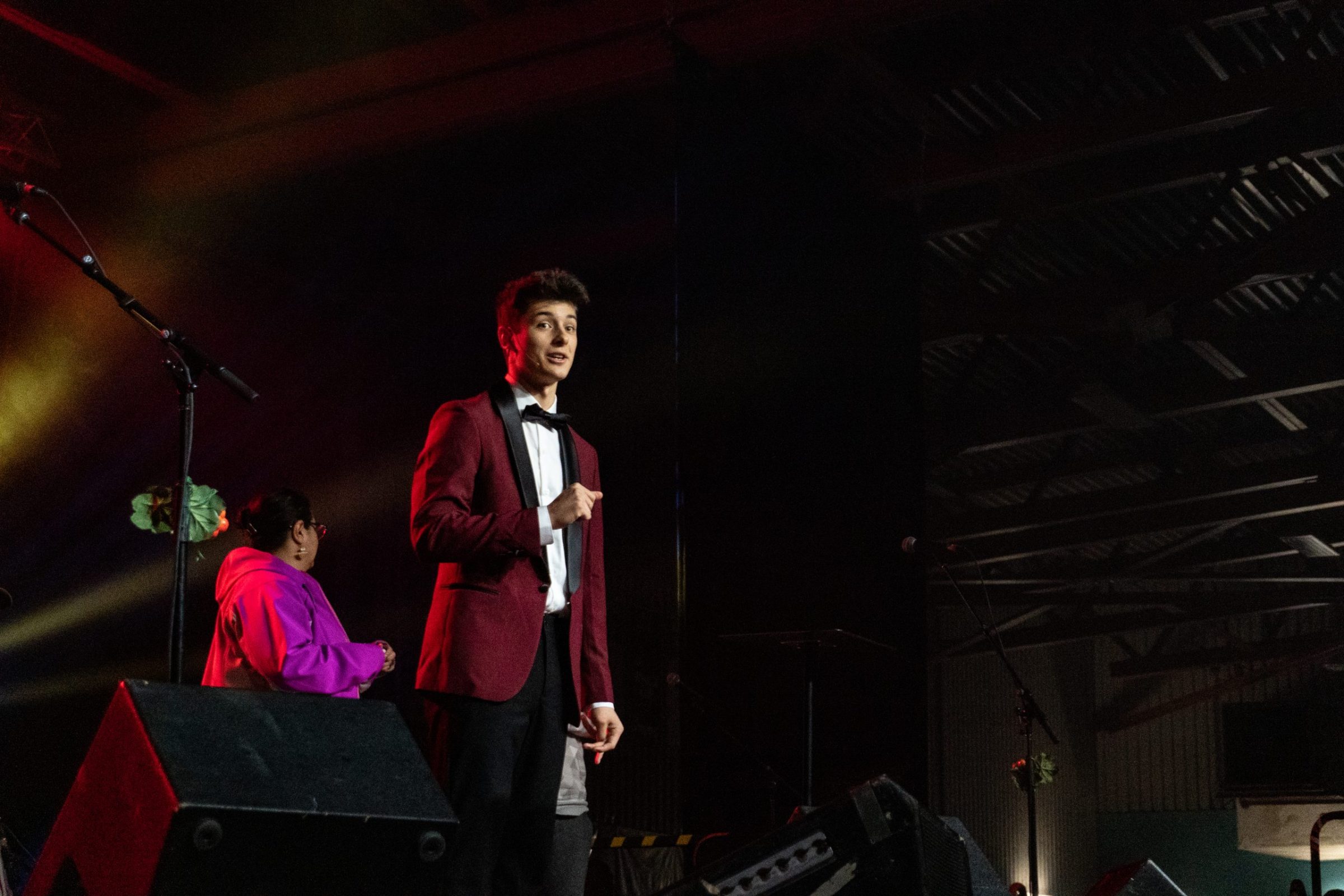 Benjamin Déziel, known as Magic Ben on stage, reappears in Nunvavik on Aug. 11. Originally from Kangisujuaq but now living in Saskatoon, Magic Ben was one of the performers at Kuujjuaq’s Aqpik Jam Music Festival last week. (Photo by Cedric Gallant, special to Nunatsiaq News)

As people shuffled into the Aqpik Jam on Aug. 9, crowding the entrance which was filled with tables of food and art for sale, one person stood out.

Surrounded by captivated children, Benjamin “Magic Ben” Déziel was deceiving, creating illusions and entertaining his small crowd. He is a magician, one of the few in Nunavik. 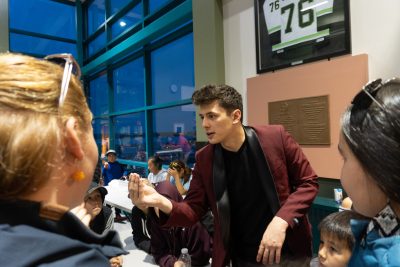 Ben Déziel, who performs as Magic Ben, entertains an audience at Kuujjuaq’s Aqpik Jam Music Festival on Aug. 9 at the Kuujjuaq Forum. (Photo by Cedric Gallant, special to Nunatsiaq News)

At the age of nine, Déziel started performing magic stunts in his hometown of Kangiqsujuaq. His first exposure to the craft was at his parent’s wedding, where they invited a magician who happened to be a mentor for famous Quebecois magician Luc Langevin. Déziel was mesmerized by the performance and asked his father how the magician did his tricks.

His dad replied, “Well, you’ll have to become one to know.”

The day after his father gave him that advice, Déziel says he started looking up how to do tricks on YouTube.

“I would spend time alone in front of the mirror just shuffling cards,” he said.

With no real resources in Nunavik, he relied on perseverance, using school to practise performing tricks for his classmates — with various degrees of success.

His first trick was with a fork. He demonstrated it; simply putting any fork at a certain angle between the hands to make it appear folded, only for it to come back intact right after.

“Whatever happened at school during the day, I would come back home to magic,” he said.

At 11, he started competing at the Michele Cailloux International Magic Contest, where contestants must create a routine from scratch, and show it to judges.

“I was a finalist six times, even though I never won, I gained the respect of my peers.”

In 2019 his parents moved to Yukon, where he kept doing magic tricks.

“I [had] the monopoly,” he said of this time there.

He spent years on the road outside of Nunavik, touring throughout British Columbia and Yukon. That was until May, when he was asked to do a show back home, in Kangiqsujuaq.

He agreed on the spot.

Coming back to Kangiqsujuaq was a cathartic experience for Déziel.

“I did one show, and I was greeted with love and affection,” he said.

“Today, I can represent hope and inspiration to Nunavik communities, whatever your dream is in life, it is possible.”

From starting with just a deck of cards and a mirror, Déziel has become one of the few performing magicians in Nunavik. After Aqpik Jam, he’s returned to his home base in Saskatoon, where he is being mentored by a professional magician.

After that, he is set to leave for the United States to perform in Nashville and New York.

“I want more magicians out there,” he said. “I want us to share tricks and illusions.”