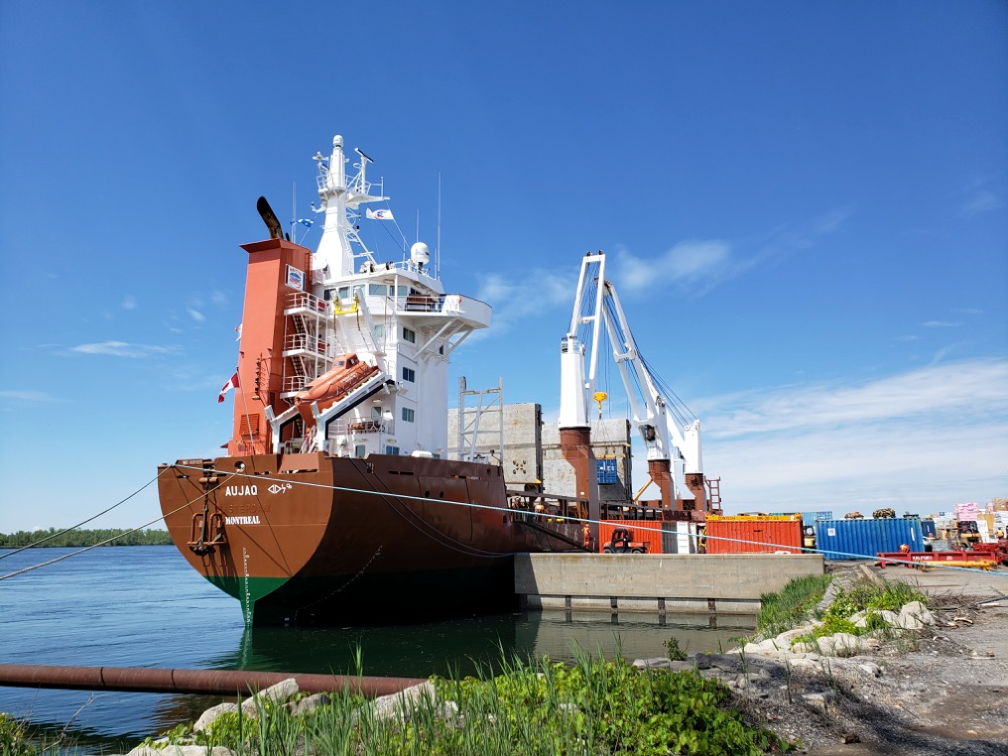 The NEAS vessel MV Aujaq at the port of Valleyfield. NEAS has moved its operation to the Port of Bécancour on the south shore of the St. Lawrence River. (File photo)

One of Canada’s biggest Arctic sealift firms, Nunavut Eastern Arctic Shipping, has made a big move this year.

It transferred its cargo service centre from Valleyfield, Que., about 70 kilometres southwest of Montreal, to the Port of Bécancour.

Bécancour is located on the south shore of the St. Lawrence River, about 165 kilometres downstream from Montreal, across from Trois-Rivières.

The company made the move in time for this year’s summer sealift season.

The NEAS Group, which serves Nunavut and Nunavik, has used the Valleyfield location as a staging area for its Arctic sealift operation for about 20 years.

But in a news release, the company says that because of growth in customer demands, they need more space and better facilities.

“Our customers’ escalating demands and increasing volumes require setting the now necessary footprint for larger and more specialized cargoes, including for mining, housing construction and food security,” Noah Tayara, chair of the NEAS Group’s board, said in the news release.

The NEAS Group is a joint venture between Nunavik’s Makivik Corp. and an entity called Transport Nanuk. Transport Nanuk is a partnership between the North West Co. and Logistec Corp.

Logistec is a Montreal-based firm that provides a variety of marine services, including marine transport in the Canadian Arctic.