France-based Orano will suspend exploration at two sites in southern Greenland, but will keep its licenses 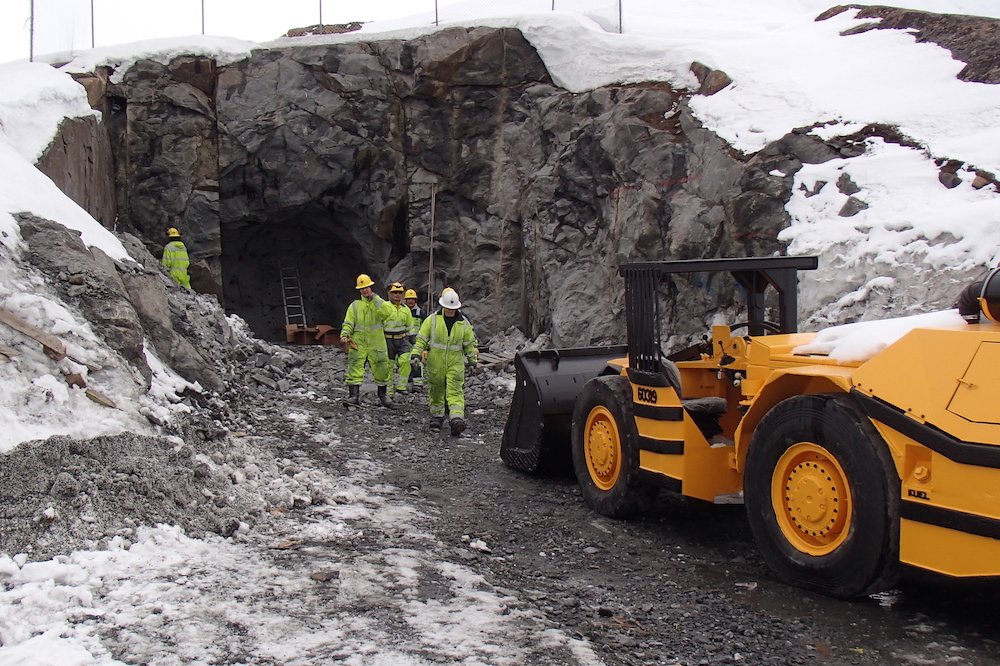 Students emerge from the KTI mine-training facility in Sisimiut, Greenland. The country is banking on the emergence of a mining sector that would generate income and jobs. (Photo courtesy of KTI)

One of the world’s largest uranium miners is putting the brakes on operations in Greenland just five months after being issued two exploration licenses there.

The decision by France-based Orano to suspend exploration at two sites in the southern part of the country comes in response to the newly elected government’s open opposition to uranium mining, the company told Greenlandic and French news outlets.

“We respect the direction the newly appointed coalition has chosen, and, as a result, we will not undertake exploration activities for the time being,” Thomas Gwénaël, told Sermitsiaq.

Orano’s exploration activities were to involve aerial surveys and field observations that posed no environmental risk, the company underscored. It will retain the five-year licenses.

The decision comes after Greenland’s premier, Múte B. Egede, and his mining minister, Naaja Nathanielsen, reiterated last week that the new government was opposed to the mining of radioactive elements and would seek to block such projects.

“The coalition does not support uranium extraction,” Nathanielsen said.

The April 6 general election that brought Egede and his party, Inuit Ataqatigiit, to power was preceded by heated debate over whether the Kuannersuit rare earths and uranium mine in southern Greenland should receive final approval after more than a decade in development. Inuit Ataqatigiit fears the Kuannersuit mine would pose a health hazard to the residents of the adjacent town of Narsaq.

Uranium mining has been permitted in Greenland since 2013, but Inuit Ataqatigiit voted against the measure, and it ended up passing by just a single vote. The decision to allow uranium mining also led to the birth of Inuit Ataqatigiit’s current coalition partner, Naleraq, which was formed by Hans Enoksen, a former premier who defected from his party, in part over his personal opposition to uranium mining.

The issue has remained divisive ever since, but with anti-uranium parties now holding a majority in Inatsisartut, the national assembly, Egede’s coalition says it intends to introduce a bill later this year that would reinstate the ban.

Greenland is rich in mineral resources and there is widespread agreement among lawmakers that the sector should be one of the pillars of an independent economy, along with tourism and fishing.

And while the country has in recent years attracted the attention of foreign mining firms, the sector remains underdeveloped, with just two mines currently operational, although five more have been given the go-ahead to begin mining, according to the Mineral Resources Authority.

In 2013, the annual mining survey published by Canada’s Fraser Institute, a much-watched index of political jurisdictions based on geology and policies that affect the sector, Greenland ranked seventh, but since 2014 it has been in the top half of the 100 or so jurisdictions ranked just once.

While the relatively high cost of operating in Greenland is frequently cited a key reason for the slow growth of the sector, miners as well as business groups in Greenland reckon the decline in reputation is mostly a matter of uncertainty about the regulations.