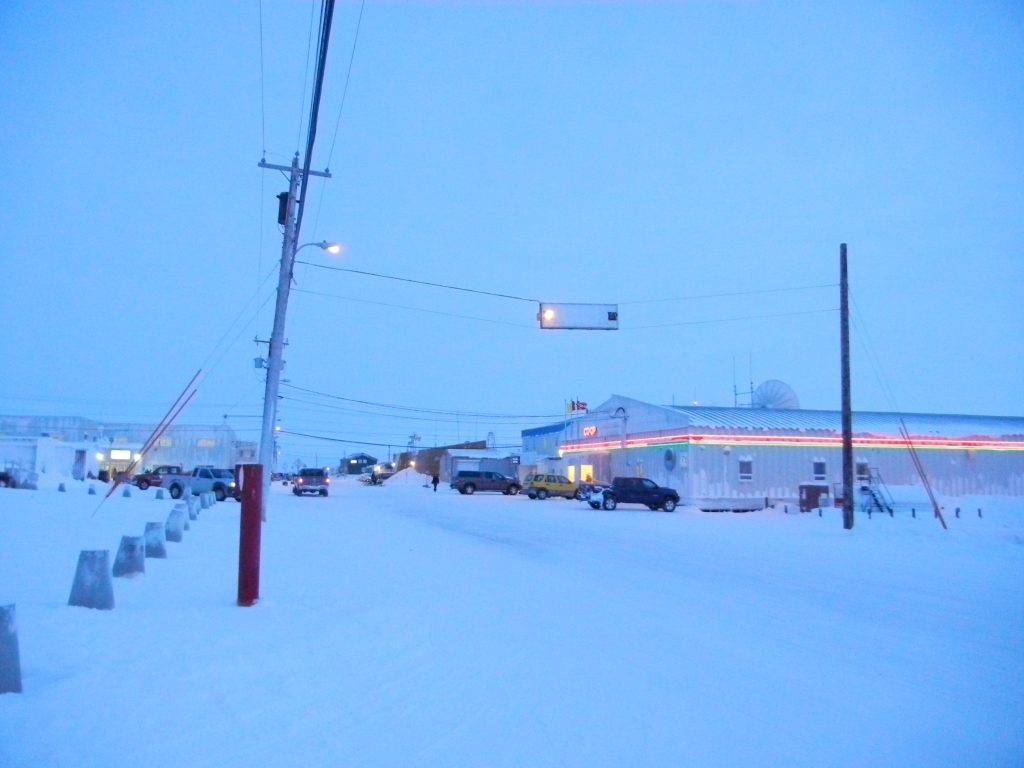 Inuit living in Cambridge Bay, Kugluktuk, Gjoa Haven, Taloyoak and Kugaaruk will receive some additional help this winter to ensure they have enough to eat during the pandemic. (File photo)

Inuit living in western Nunavut communities can count on eating better this winter thanks to the start of a new, four-month meat pack program and the distribution of larger-than-usual holiday food hampers throughout the Kitikmeot region.

The Kitikmeot Inuit Association would not say how much the meat pack program, which will reach about 1,600 Inuit households, will cost.

But the money to pay for this new program flows from the $5.8 million it recently received from the federal Indigenous Community Support Funding program.

The KIA’s $5.8 million share comes from a $33.8 million pot administered by Nunavut Tunngavik Inc., intended to offer Kitikmeot resident beneficiaries relief during the second wave of the COVID-19 pandemic in Nunavut.

Mining and exploration companies in western Nunavut have also donated more money to fill community holiday hampers, which means each hamlet in the region will receive $8,500 for its hampers.

KIA and Co-op stores team up on meat pack distribution

And, as of Dec. 1, the KIA will start accepting applications from eligible households for the packs, which will be supplied by the Arctic Co-operatives Ltd.

“This is a big program to supply and we thank you in advance for your patience as KIA and ACL get through the logistics of this,” said Stanley Anablak, president of the KIA, in a recent release.

Through this program, each Inuit household in the region can apply to receive a meat pack every month from December to April.

The packs will include many cuts of meat, including prime rib, steak, roasts, hamburgers, chicken, and pork chops and ribs.

Application forms are available in all five Kitikmeot communities through the KIA’s community liaison officers.

Completed forms can be forwarded to KIA’s office in Cambridge Bay by email or dropped off at the CLO offices when Nunavut’s chief public health officer lifts COVID-19 restrictions.

Once these applications have been reviewed and approved, the community liaison officers will issue each approved applicant a voucher.

Residents can then take these vouchers to their local Co-op stores and exchange them for a pre-prepared meat pack, on or after Dec. 15, the KIA said.

“We expect the meat packs to be available around mid-month, for each of the four months of this program,” Anablak said.

Applicants will be required to reapply each month for a meat pack.

There will also be more money coming from the KIA to hamlets for their holiday hamper distribution.

Every year, the KIA gives $1,000 to hamlets in the region for their food hampers, which contain a variety of dried foodstuffs and a turkey.

But this year, the hamlets will receive more money to fill their hampers, thanks to local mining and exploration companies that have increased their donations.

“Because of their donations, each hamlet will now be receiving $8,500, Anablak said.

“This will definitely help during this holiday season while we are in the middle of a global pandemic and many are experiencing food security issues. I personally thank them all for their contributions.”