Nunavut MLAs make the case for a living wage 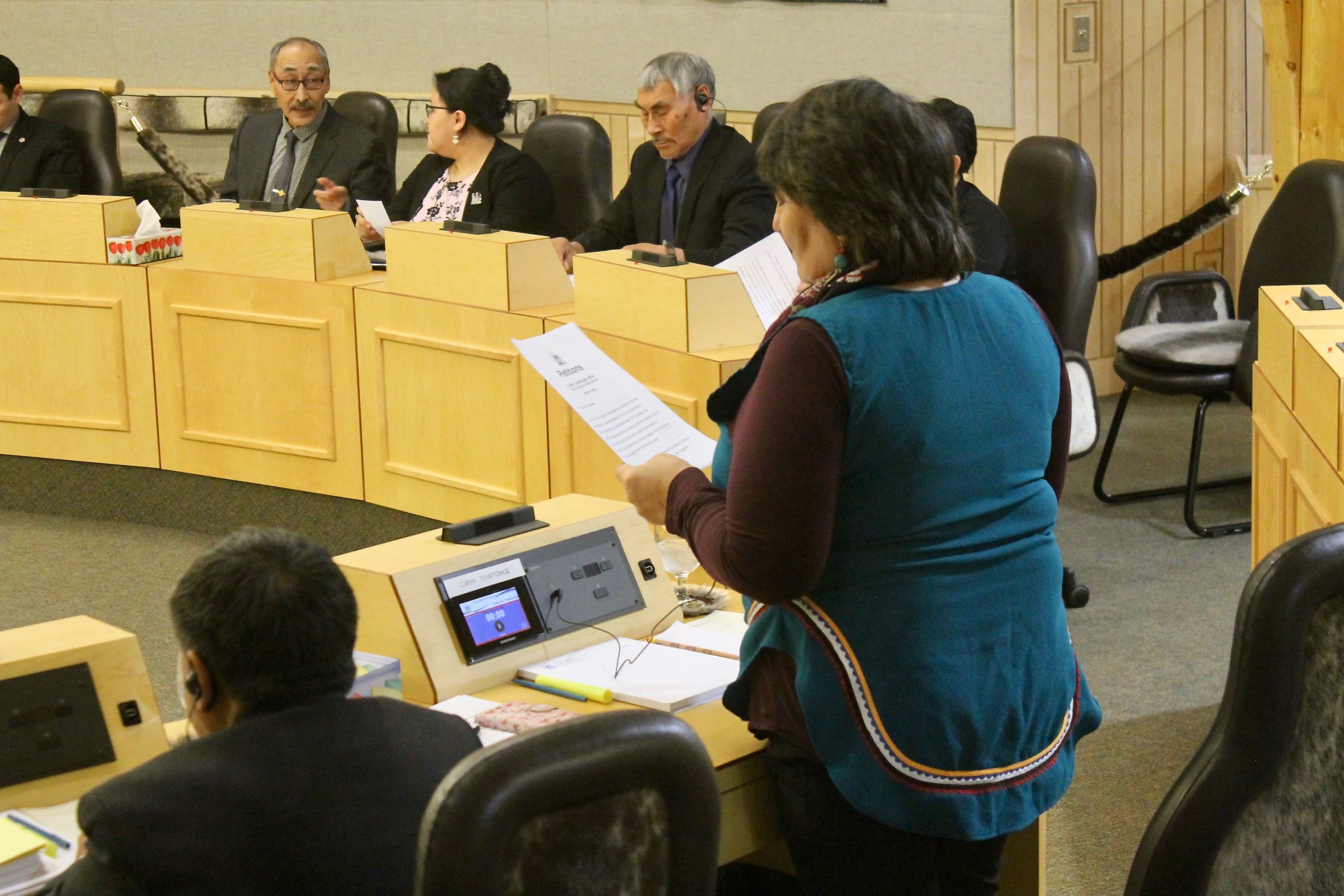 Cathy Towtongie, MLA for Rankin Inlet North-Chesterfield Inlet, was one of 10 MLAs to bring forward a petition signed by constituents, calling on the government to enforce a living wage in Nunavut. (Photo by Elaine Anselmi)

Nunavut’s regular MLAs are pushing for the territory to increase its minimum wage to a living wage.

Ten of the territory’s regular MLAs spoke in favour of adopting a living wage on Oct. 29 and submitted petitions signed by their constituents.

“This petition recognizes our territory has the highest cost of living in the country and calls on the government to raise the minimum wage to a living wage over the next two years,” said Iqaluit-Niaqunnguu MLA Pat Angnakak, who was the first to speak on the matter.

The signatures on the petitions ranged from numbers in the 30s in smaller communities to 600 in Iqaluit.

A similar petition was put forward in 2018 by the Public Service Alliance of Canada as part of a campaign across the three territories to bring minimum wages in line with the cost of living in the North.

A minimum wage is the lowest possible amount of money a business can legally pay workers, legislated by the territorial government. Nunavut’s minimum wage is currently under review.

A living wage is calculated as the lowest hourly amount a person could be paid to still meet their basic needs, such as rent and food costs.

The current minimum wage in Nunavut is $13 per hour, but according to PSAC’s estimates the living wage would be around $26 per hour.