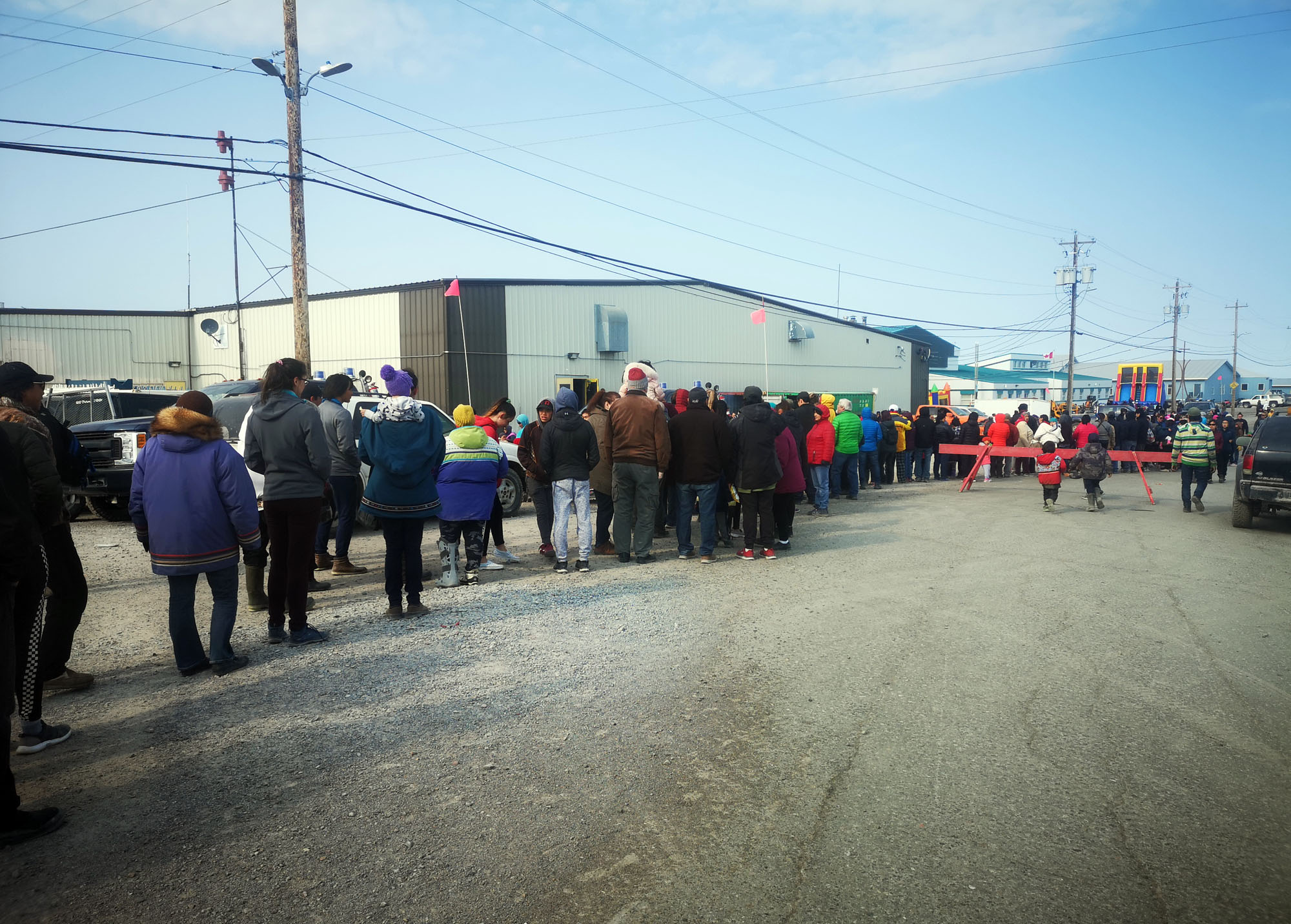 Hundreds of community members line up outside Rankin Inlet’s community hall on Wednesday, June 19, to take part in a feast to mark the opening of the nearby Meliadine gold mine. (Photo by Noel Kaludjak) 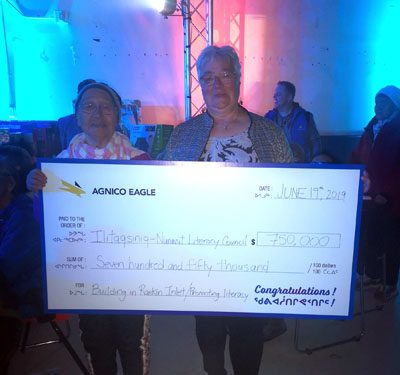 Agnico Eagle Mines Ltd. celebrated the launch of its new Nunavut gold mine with a community feast and the gift of $1 million to two non-profit organizations.

To mark the occasion, Agnico Eagle hosted an event at Rankin Inlet’s community hall on Wednesday, June 19, enticing residents with hot air balloon rides and a chance to hold a bar of gold.

Half of that money, $500,000, goes to Ilitaqsiniq—Nunavut Literacy Council to promote adult and youth literacy skills across the territory.

Agnico Eagle made an additional $250,000 donation to Ilitaqsiniq to help the council purchase a new building in Rankin Inlet, which will serve as its permanent headquarters in the Kivalliq region.

The mining company also made a contribution of $250,000 to the Rankin Inlet Fire Department’s new regional fire training centre.

The new facility will be used to train firefighters from across the region, including Meliadine’s own emergency response team.

“We will continue to work hard to earn your trust,” said Jim Nasso, chair of Agnico Eagle’s board of directors, in a June 19 release.

“Together, we are growing and sharing the wealth that your communities hold in abundance and we are creating opportunities for the next generation of Inuit to determine their own future.” 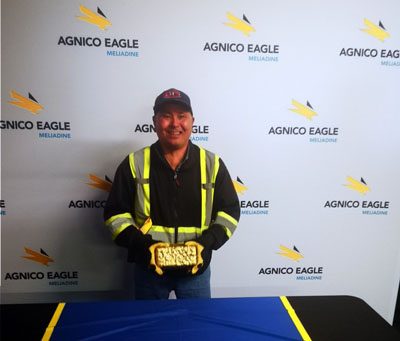 Larry Gibbons gets a chance to hold a real gold bar produced at Meliadine mine, during a community event in Rankin Inlet on June 19 to mark the opening of the Kivalliq mine. (Photo by Noel Kaludjak)

Meliadine is Agnico Eagle’s second gold mine in Nunavut—after its Meadowbank operation near Baker Lake—and the largest known gold deposit in the territory.

The long-awaited mine, which cost more than $900 million in capital expenditures, is expected to employ about 900 staff, at least 350 of whom will be Inuit.

Donations aside, the launch of commercial production at Meliadine also marks the period when Agnico Eagle starts paying royalties to the Inuit associations who oversee the project’s Inuit impact and benefit agreement.

Over the next 15 years, the company expects to pay roughly $450 million in royalties and fees to both the Kivalliq Inuit Association and Nunavut Tunngavik Inc. for its Nunavut-based mines.