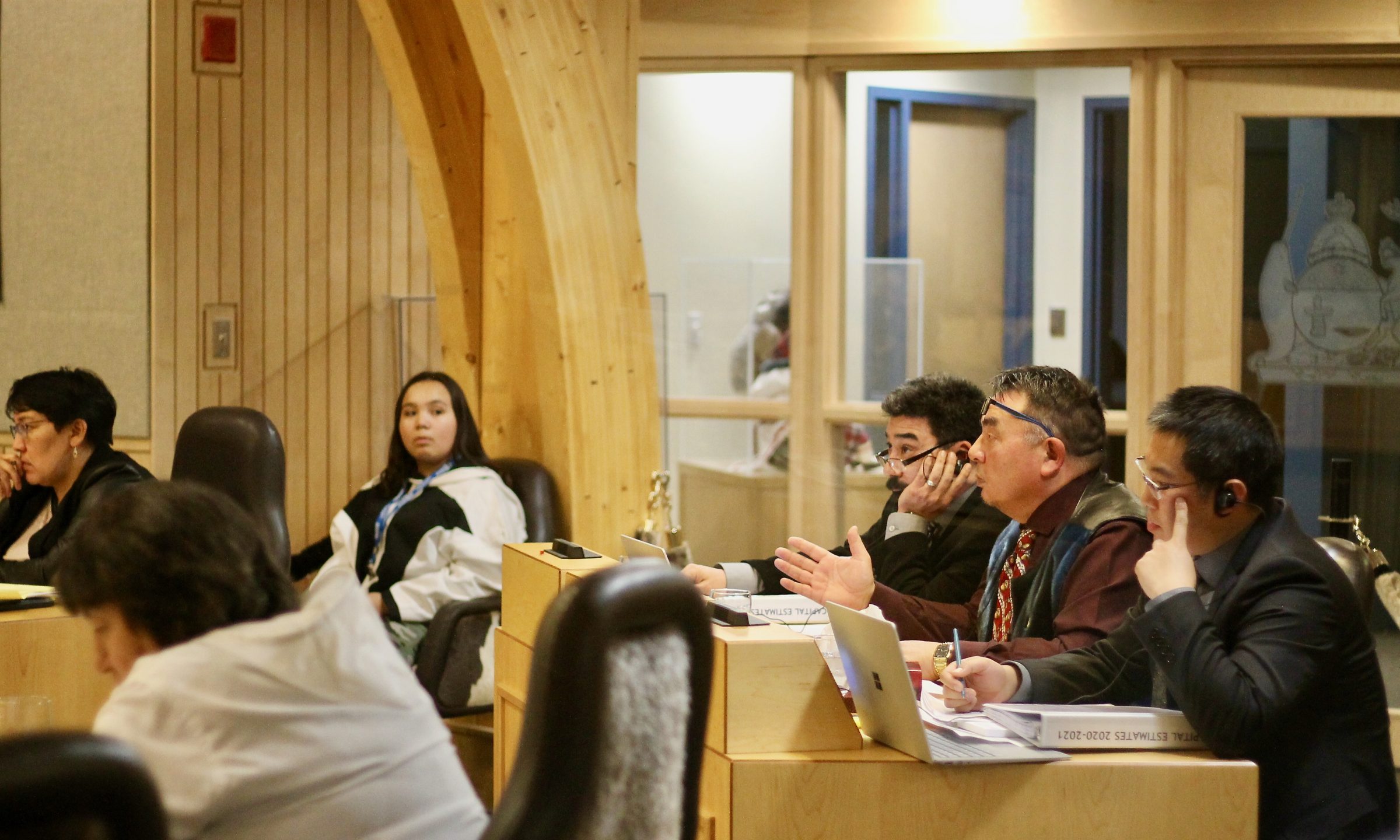 On Monday, Nov. 4, Patterk Netser, the minister responsible for the housing corporation announced that he has directed his officers to initiate an independent review of the NHC allocation system and rent scale. (File photo)

This comes after a close vote two weeks ago to defer approval of the budget until more information could be provided as to the accuracy of the data that determines where the territory’s next social housing units will be built.

During Monday’s sitting, in response to MLAs’ concerns, Patterk Netser, the minister responsible for the housing corporation, announced that he has directed his officers to initiate an independent review of the allocation system and the rent scale.

“It’s very important to me … that we demonstrate that our government is transparent and accountable to community members and all Nunavummiut,“ said Netser.

Arviat North-Whale Cove MLA John Main, who initiated the deferral vote, responded by thanking the NHC for its commitment to initiating the independent review.

“I’m hopeful going forward that this will improve things,“ he said, adding “I would encourage the housing corporation to give that contractor or whoever it is, give them as much free rein as they need.”

The review will be limited to looking at the allocation system and the rent scale.

The current methodology for calculating which communities get housing has not changed, nor has the proposed budget of $43 million, both of which Main didn’t take issue with.

One of the key points of contention for Main and other MLAs during the earlier NHC capital budget discussion was the number of units being built in each community. As an example of potential inaccuracies, the members focused on Igloolik.

Initially, it was shown that the waitlist there went down by roughly 90 units between 2018 and 2019, a number that Main said he didn’t believe was accurate.

It turns out he was right.

Netser admitted that there were errors in the Nunavut Housing Corp.’s paperwork for Igloolik, causing the apparent change.

For this, Netser apologized to Paul Quassa, MLA for Aggu, who seconded the initial deferral vote, and clarified that for the 2019-20 fiscal year, the NHC will build 20 houses in Igloolik.

The mistake highlighted the need for accurate information, the main reason the initial vote was deferred, said Quassa.

“I’m sure that there are also errors done in the other communities,” he said.

“I look forward to seeing the capital deliberations next year, and that we will have accurate numbers.”

According to Netser, the independent review will start as soon as possible.

Correction
In an earlier version of this story, it was not clear who was responsible for the error that Netser admitted to. The story has been updated to make it clear, the error was on the part of the Nunavut Housing Corp.