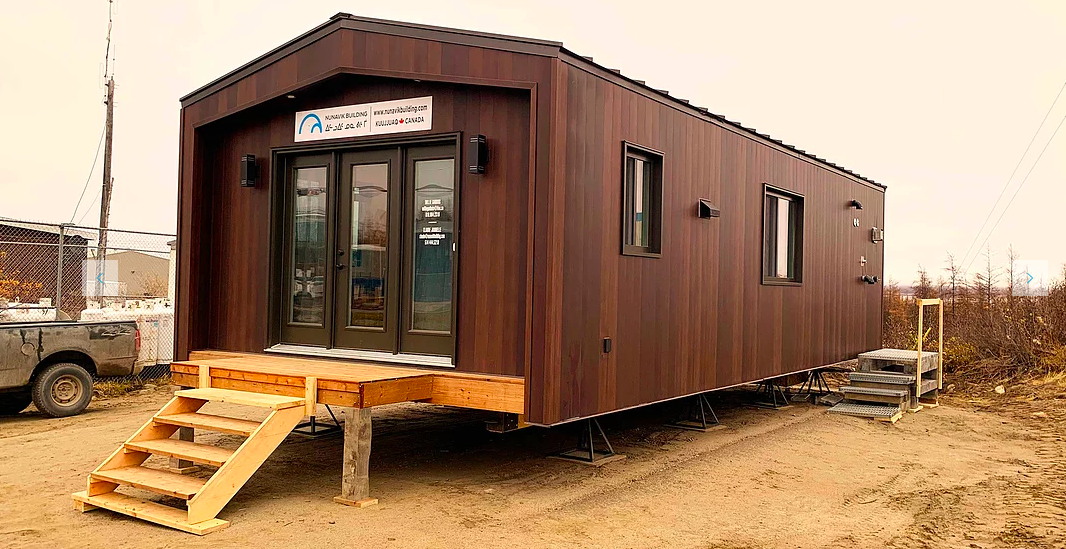 The first of a series of tiny homes developed for Nunavik arrived on the sealift in Kuujjuaq this summer.

“I wanted to show people what kind of quality of house we are building for the North,” said Willie Gadbois, co-founder of Nunavik Building, a home designer and developer with offices in Kuujjuaq and Napierville, Quebec.

From that, they’ve developed designs for tiny homes that take the northern elements into consideration.

The houses have metal siding and roofing to withstand high winds and last longer than other commonly used materials. They’re built with foam insulation injected into the floors, roof and ceiling and with triple-pane windows to keep warmth in.

They also use radiant floor heating, rather than wall-mounted radiators, to evenly distribute the heat.

“I think that’s the way to go in the North,” Gadbois said. “There are all of these problems in the North with heating and heat not being distributed right. Half the time people say their feet are freezing. The house is well-insulated but their feet are cold.”

Having worked in heating and plumbing across Nunavik, Gadbois takes personal care in seeing the units constructed to specifications, ensuring everything is installed properly and easy to maintain.

Nunavik Building has a range of designs for tiny homes, up to four bedrooms, where separate compartments of the house are attached together.

And they can be added on to with additional bedrooms and space if, for example, the family grows.

The house on show in Kuujjuaq is a one-bedroom unit, at just under 5 metres wide and 10 metres long.

You enter at the end of the building, into the open-concept kitchen and living room. The bedroom sits just back of that and behind it is the bathroom. The mechanical room for the house is a separate building just behind it. 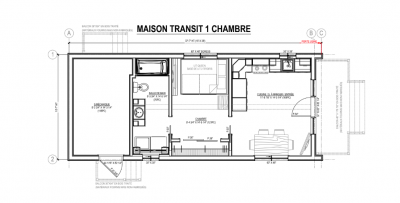 It took about two hours to get the finished house in place and hooked up to power and plumbing.

“We’re trying to build affordable houses that are comfortable and don’t have problems with infiltration of water,” said Gadbois.

The houses are constructed in Sherbrooke, Quebec, which takes about a month, Gadbois said, and then trucked and shipped up on the sealift. So once orders are in, as long as there’s enough time to book space on the sealift, the house can be in place the following summer.

“In the future, if everything goes good, we’re talking about building a factory in the North,” he said. “But that takes a lot of money.”

He added that the homes are a fit across the North and they’d be happy to see orders come in from Nunavut or even Greenland.

“We’re open and ready to give quotations and ready to build houses,” said Gadbois. “We’re ready to help people out that need houses.”