Most Nunavik teachers opt to stay put over winter break 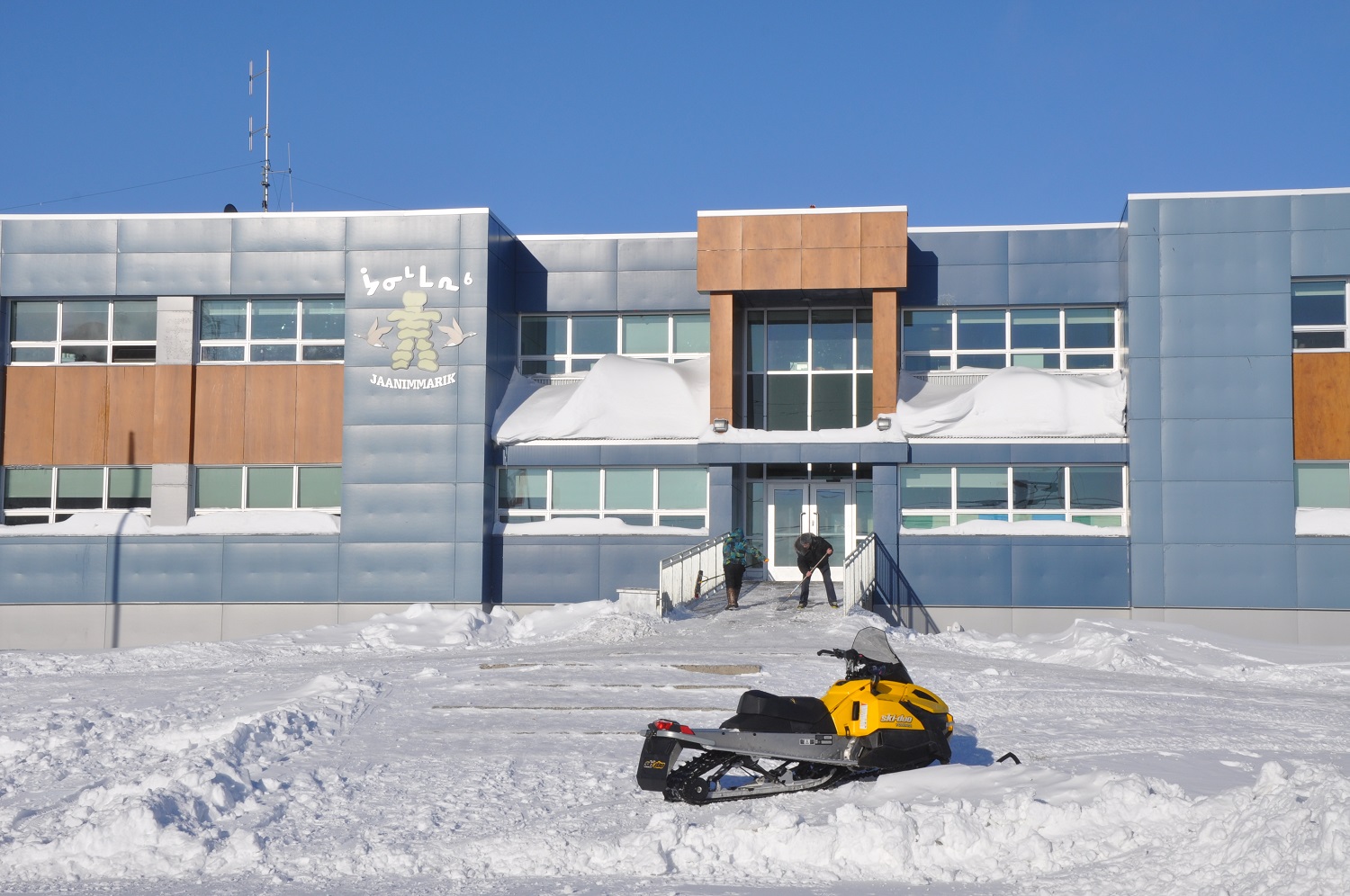 Jaanimmarik school in Kuujjuaq, pictured on a sunny winter day. Kativik Ilisarniliriniq says that 55 per cent of its southern staff have chosen to remain in Nunavik for the holiday season. (Photo by Sarah Rogers)

A cash incentive seems to have worked to keep Nunavik’s southern-based teachers in the region over their winter break.

“Fifty-five per cent of our southern staff have chosen to remain in Nunavik,” said Erik Olsthoorn, director of school operations at Kativik Ilisarniliriniq, during council of commissioner meetings Dec. 8.

“That’s quite a large number of people.”

Last month, Kativik Ilisarniliriniq offered the incentive to staff who were not hired locally as a way to avoid non-essential travel during the COVID-19 pandemic.

As per their collective agreement, teachers hired outside the region have access to three outings a year, with flights paid between Nunavik and their home region. The incentive was the equivalent to cost of round-trip airfare for the employee and their dependants.

But many teachers argued the bonus discriminates against locally hired employees who don’t benefit from outings, the majority of whom are Inuit.

Those teachers were initially offered $500 a week as compensation, but when staff complained to the school board and their union about the disparity, Kativik Ilisarniliriniq came back with a $1,000 lump sum plus $500 per dependant.

“We came out of the meeting disappointed and enraged,” said association president Larry Imbeault.

The union is currently in negotiations with the school board over the teachers’ new contract. As part of those talks, the union is asking for a housing subsidy and access to outings for locally hired teachers.

The dozens of teachers who will be travelling over the holiday season will be required to quarantine for a 14-day period before they can head back to the classroom, according to the school board.

Many of those teachers have already prepared school work for their students in advance, Olsthoorn said. And while classes were initially set to resume Jan. 5, most Nunavik students will now return to school on Jan. 11 next year.

Understaffing remains an issue. This year, the school board is short about four homeroom teachers, 10 specialists and roughly 20 locally hired teaching staff, but the news isn’t all bad.

“Compared to past years, we’ve done really well recruiting for this year, particularly with southern staff,” he told council of commissioners meeting Dec. 8.

The school board will do a virtual teacher recruitment drive next year, he added.

Kativik Ilisarniliriniq’s council of commissioners is meeting in Kuujjuaq this week until Dec. 11. Nunatsiaq News is following the meeting by videoconference.