Woman accused of stabbing her three children in May 2016, killing one 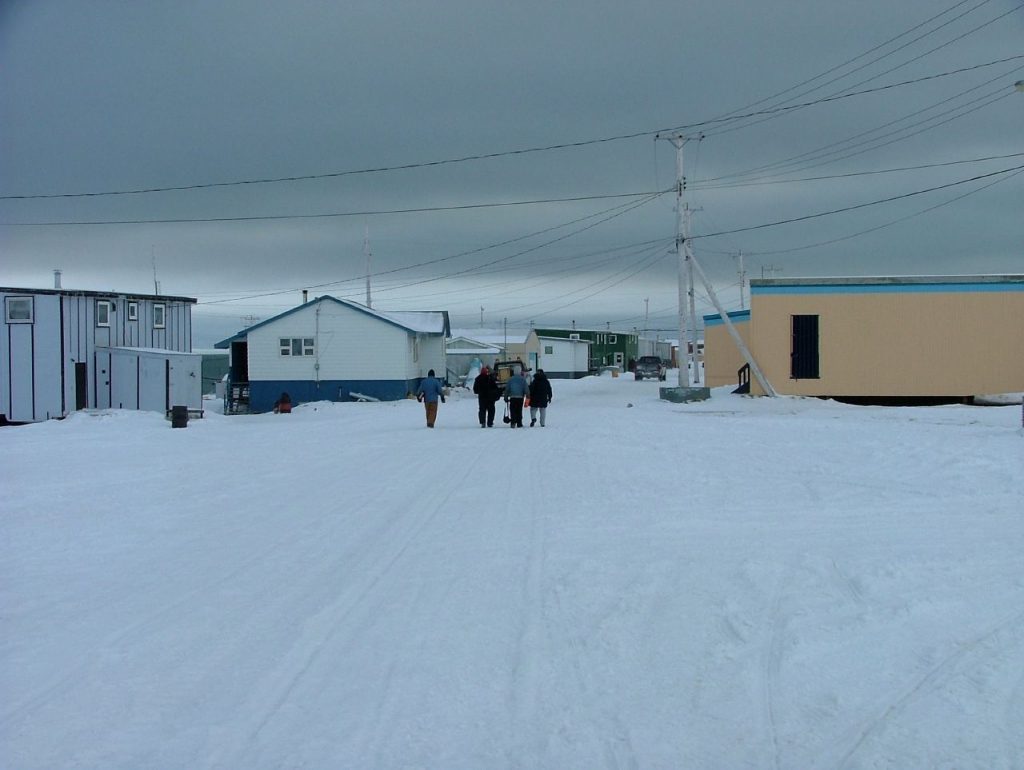 Residents of Coral Harbour are seen walking the community’s streets. A murder trial for a woman from the community will move to Iqaluit this week. (Photo courtesy of Leslie Philipp/Wikicommons, CC BY 2.0)

The trial of a Coral Harbour mother accused of killing one of her children and attempting to kill two others will move to Iqaluit this week, where the mother is expected to testify.

The mother’s name may not be published, according to a publication ban imposed by the Nunavut Court of Justice.

Another source familiar with the trial in Coral Harbour told Nunatsiaq News that prosecutors presented their case in the first week of the trial.

The mother is expected to testify on Wednesday, Feb. 12, in an Iqaluit courtroom, but additional witnesses may testify before that, the source said.

Police arrested the accused woman in May 2016 in her home after responding to a call.

A six-year-old child died at the local health centre after the alleged attack, while two other children recovered from stab wounds at a Winnipeg hospital.

None of the allegations facing the mother have been proven in court.

The judge-alone trial is scheduled to take place over two weeks.

The mother’s state of mind is expected to be a focus at trial, according to court documents.

A psychologist will likely testify for the defence at a time yet to be determined, a source familiar with the trial said.

An earlier version of this story stated that the trial got underway on Feb. 3, when in fact it began on Jan. 27.