This could make it harder for narwhals to adapt to change 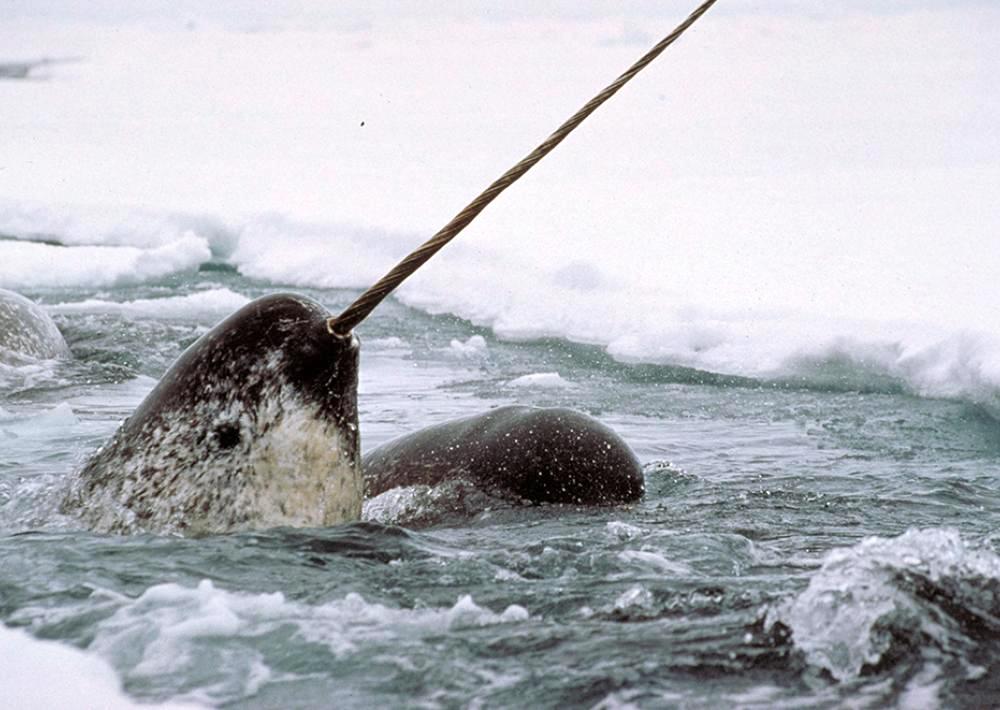 The 170,000 or so narwhals in the Arctic have a similar genetic makeup. That’s something researchers want to understand because often a lack of genetic diversity can make adaption to change that much more difficult. (Photo courtesy of Glenn Williams)

Here’s a puzzle that scientists would like to better understand: narwhals show little genetic diversity and yet they appear to be thriving.

But low levels of genetic diversity have been observed across several narwhal populations.

That’s despite the global abundance of narwhals being relatively high, at about 170,000, says a new study published this month in the online journal iScience.

In a stable Arctic climate, the lack of adaptive potential in the form of genetic diversity is likely not a problem.

But it could have the opposite effect if narwhals face rapid change, says a team of researchers from the Natural History Museum of Denmark, the University of Copenhagen, the Greenland Institute of Natural Resources and Malaysia’s AIMST University, who all looked into the genetic makeup of these whales.

A recent global abundance estimate of 170,000 narwhals resulted in a change in the category of narwhals in the International Union for Conservation of Nature’s “red list” of threatened species: the species was downgraded from ‘‘near threatened’’ to ‘‘least concern’’ in 2017.

But the authors of the new study suggest this classification did not take into account the lack of genetic diversity and the limited future adaptability of narwhals.

“Despite the downgrade in conservation status, the narwhal should still be considered one of the most vulnerable Arctic marine mammals to ongoing rapid climate changes, especially due to its high specialization and restricted Arctic-Atlantic distribution,” they said.

The lack of genetic diversity was likely due to a big population boom after the last glacial period 115,000 years ago, “an environmental driver, possibly linked to an increase in Arctic sea ice,” the study says.

The current lack of genetic diversity among narwhals may also in part be due to their longevity (up to 100 years) and long generation time.

This could slow the increase of genetic diversity from “a much smaller founding population,” which developed special traits good for survival in the Arctic, such as tusks and an ability to make deep dives.

You find much more genetic diversity among the Arctic’s other toothed whale, belugas, the authors point out.

But in many ways the two whales are similar: belugas and narwhals could cross-breed, they said. But that wouldn’t impact on the gene pool as the hybrids would likely be sterile.