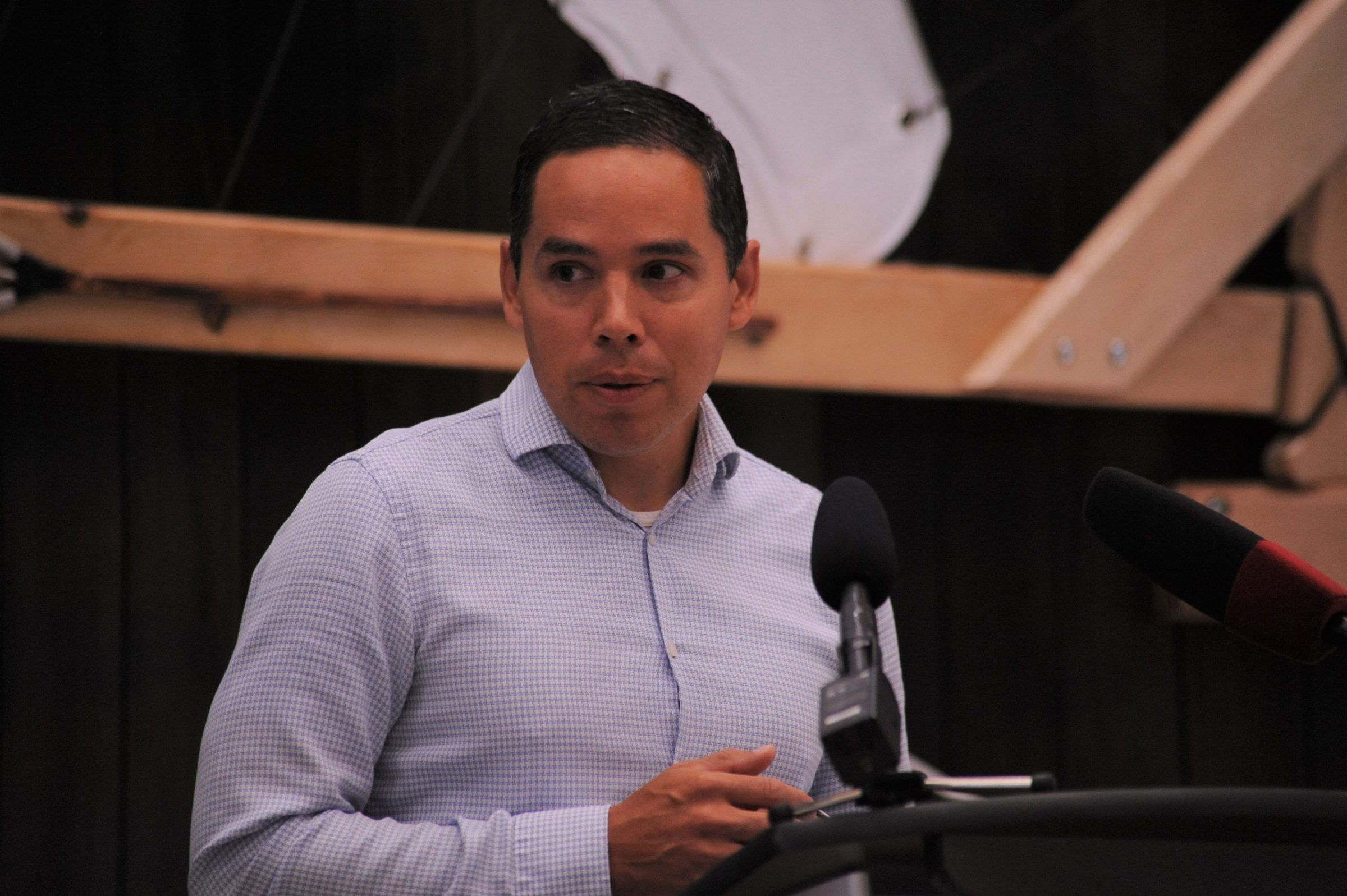 Obed speaking at the Arctic College on Aug. 4. He has been acclaimed to his third term as president of Inuit Tapiriit Kanatami. (File photo by David Venn)

Natan Obed has been acclaimed president of the Inuit Tapiriit Kanatami.

He was the only person to complete the nomination process required to run for president, said a news release from ITK on Thursday.

This will be Obed’s third term, and his last. He recently told Nunatsiaq News he will not run again.

ITK is a non-profit organization that aims to represent the interests of Inuit across Canada.