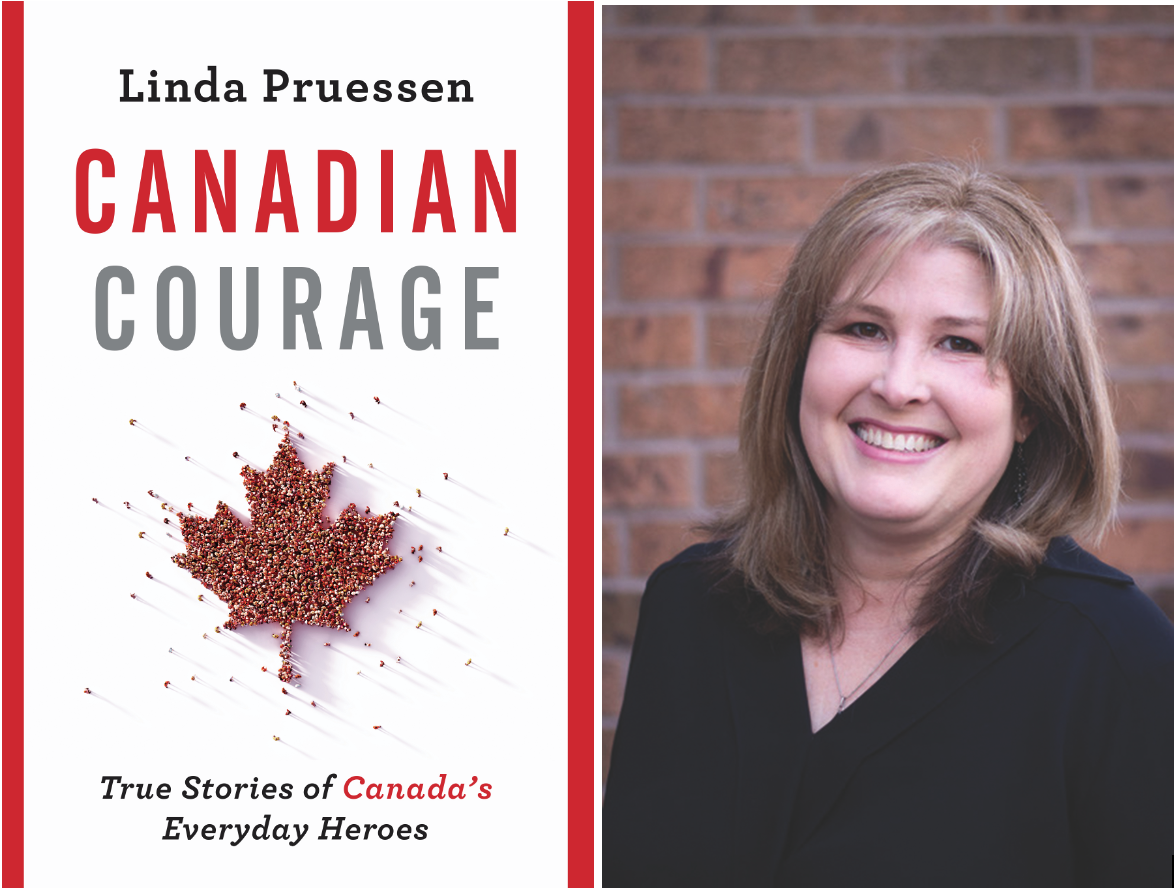 Linda Pruessen is the author of Canadian Courage, a new book highlighting the stories of courageous Canadians. (Image courtesy of HarperCollins / Michael Humeniuk)

Whether it’s through daring rescue missions or acts of social justice, courage comes in many forms.

Among the dozens of true stories featured in the collection are two that take place in Nunavut. In the first, aircraft maintenance engineer William Ward and pilot James Kitchen rescue two hunters stranded on an ice flow in Frobisher Bay, while in the second, Nunavut Parks educator Leesee Papatsie starts an online community group to fight for affordable food in Canada’s North.

Author Linda Pruessen feels that while these two Nunavut-based stories are very different, together they epitomize the different ways that people can show courage in their daily lives.

“Putting yourself in harm’s way is one way to be courageous, but so is standing up to injustice [or] persevering in the face of adversity,” said Pruessen.

“It takes the same amount of courage to stand up and try to make a difference when you see something that’s unfair.”

When Pruessen was commissioned to write the book, she knew that she wanted to write about people from all walks of life and from everywhere in Canada.

“I tried very hard to make sure the book was representative — there are plenty of amazing stories out there,” she said.

She began by researching the records of each province and territory, searching through local news coverage, social media and online databases.

It was through a list of recipients of the Governor General’s Decoration of Bravery that she discovered the story of Kitchen and Ward.

In “On Thin Ice,” Pruessen describes how the pair were working an aircraft industry job in the North in March 2011 when a call came in to rescue two men who were trapped on dangerously thin ice hours away from Iqaluit.

Realizing they could help, Kitchen and Ward flew their helicopter to the scene. In a dramatic rescue effort that involved Ward dangling out the side of the helicopter door to reach the hunters below, they were able to save the two men’s lives.

Other heart-pounding stories like Ward’s and Kitchen’s are featured in the book, but Pruessen was careful not to focus solely on stories of people who put themselves in danger as examples of courage. She stressed that courage “doesn’t have to be theatrical, it can just be willing to stick your neck out for somebody else.”

In “Fighting for Food,” Pruessen shares how in 2012 Papatsie created Feeding My Family, a Facebook group dedicated to fighting the high cost of food in the North. At its peak, the group boasted over 20,000 members who used the group to organize protests and advocate for structural changes in Canada’s food pricing.

“You don’t need to be someone who’s comfortable dangling out of helicopters to make a difference,” said Pruessen of Papatsie’s efforts.

Pruessen began working on the book last year just as COVID-19 was emerging and the U.S. was gearing up for the 2020 election. Amid a “depressing and frightening” news cycle, she was thankful she could disappear into these stories of courage.

“It reminded me in the middle of all of this that there are still really good, decent human beings in the world. Working on this book kept me a little bit sane for a while there,” she laughed.

“It takes a lot of courage for people to revisit some of these things and everybody was very willing to do that,” she added. “I think it made it a better book that people were willing to trust me with those moments and memories, so I am grateful for that.”