Gaming centre, DJ booth and 3D printer set up in a converted space in the Inns North building 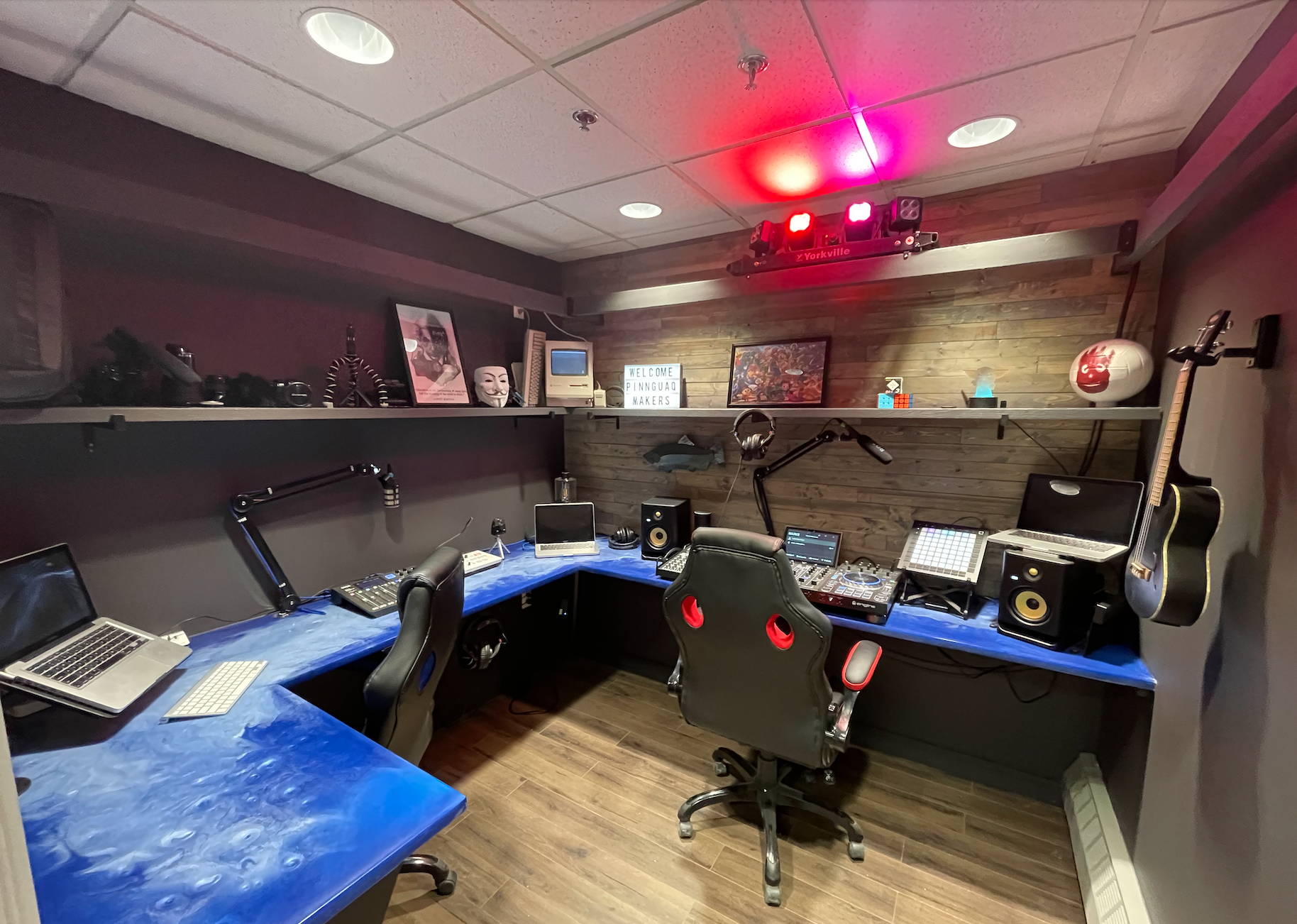 People in Cambridge Bay have a new space to get creative, game with friends and learn digital skills.

After more than three years of planning, a digital makerspace will open for drop-ins for the first time this weekend and programming is set to kick off next week.

The space includes a gaming centre, a 3D printer and a video-making and podcasting station, said Valter Resendes, whose company Aaliak Consulting is behind the idea.

There is also a full DJ studio, cameras, drones, iPads, and a printer for T-shirts and apparel – and a flight simulator is also on the way.

“My vision for this was always to create a space where kids can drop in and play games, learn some skills, and perhaps even form a Nunavut-wide [gaming] team,” he said.

Small groups have seen and tested the space over the last couple weeks in preparation for the opening.

“When they walked into the facility they couldn’t believe it,” Resendes said.

Some youth in the community are working jobs that require these digital resources but until now, they haven’t had the proper space to do it, said Resendes.

Some have had to move desktop computers from place to place to make it work.

The makerspace has partnered with Pinnguaq, an organization that provides STEAM — science, technology, engineering, art and math — workshops across Nunavut.

With $5,000 pledged by Northwestel, Resendes said wi-fi will be available to anyone using the centre and the workshops will be run virtually by facilitators based in Iqaluit.

The space will also help connect elders to youth and to new technology, he explained.

“We’re not taking the elders out of the equation,” Resendes said.

Programs for elders could include things like internet security or how to use a computer or social media, or creative projects like youth interviewing elders for podcasts. 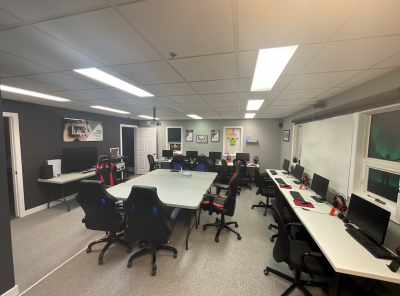 All computers and equipment is free to use at the makerspace. (Photo courtesy of Valter Resendes)

The long-term goal is to have the centre open 24-hours per day, but for now, the centre will be open in the evenings and weekends. There will also be different time slots for different age groups, Resendes said.

Another goal is to host youth from surrounding communities at the makerspace and run summer camps where youth can learn digital skills, leadership skills, and take advantage of other things the community has to offer, like a paintball facility and welding art studio.

Marla Limousin, the municipality’s chief administrative officer, said the idea for the makerspace has been in the works since 2017, when the youth advisory council expressed a desire for more digital resources.

“Digital is the way they want to be gaming and creating and coding and programming, that’s how they want to express themselves,” said Limousin.

“They’ve been talking about it for a long time.”

Limousin said the municipality’s councillors were ecstatic to hear about the space coming to fruition a couple weeks ago during a presentation.

“It’s the first time in my career that when I asked the council to make a motion, they were all just smiling,” she said.

The original plan was to have the makerspace in the same building as the community’s new welding and art studio, but it ended up in the Inns North building to allow for a more specialized space and to have more room, Limousin explained.

All the programs at the centre are free and can accommodate about 25 people, and all the equipment and technology is free to use.

The space is scheduled to open for a Nintendo Smash Bros tournament Friday evening.