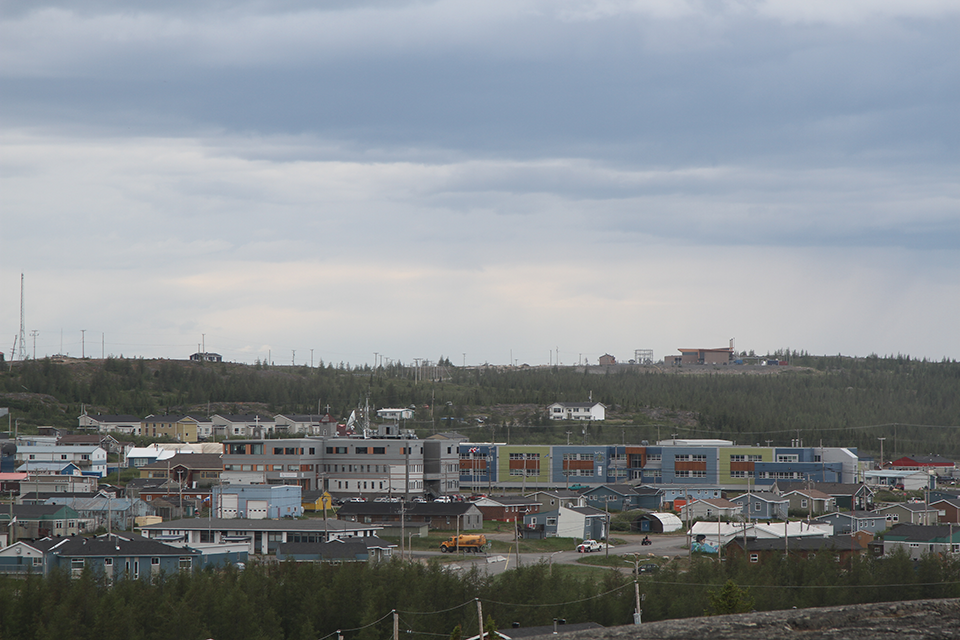 The Nunavik Regional Board of Health and Social Services says the risk of smoke spreading over Kuujjuaq is minimal as a wildfire burns 30 kilometres southeast of town. This photo shows the community last year, when Environment Canada issued an air quality warning due to smoke blowing from wildfires in Ontario and Manitoba. (Photo courtesy of KRG)

The Nunavik Regional Board of Health and Social Services says people in and around Kuujjuaq may smell smoke in the air due to a forest fire burning in the area.

The fire, which is burning approximately 30 kilometres southeast of town, was first reported Wednesday, according to Quebec’s forest fire protection agency’s database.

Its cause has yet to be determined, and its size is still unknown.

The fire’s spread so far has been minimal, and the Nunavik health board is monitoring the situation, according to a public service announcement it issued Thursday.

There is little risk of a heavy smoke over Kuujjuaq, but people in the area may still smell it depending on the wind patterns.

“The quantity of fine particles in the air is not considered hazardous,” the health board said.

The health board is encouraging people to contact their local health centre if they are experiencing any respiratory issues.

Three other forest fires are currently reported across Nunavik, according to the provincial forest-fire agency.

Approximately 300 kilometres east of Umiujaq, a fire covering 87 square kilometres continues to burn. That one, which was first reported June 5, was believed to have been caused by industrial operations but the agency has not specified what those operations are.

Two other fires, reported June 14 and 15, are burning approximately 217 kilometres east of Kuujjuaraapik. The provincial forest fire agency has not yet determined causes, nor has it listed how much area they are covering.