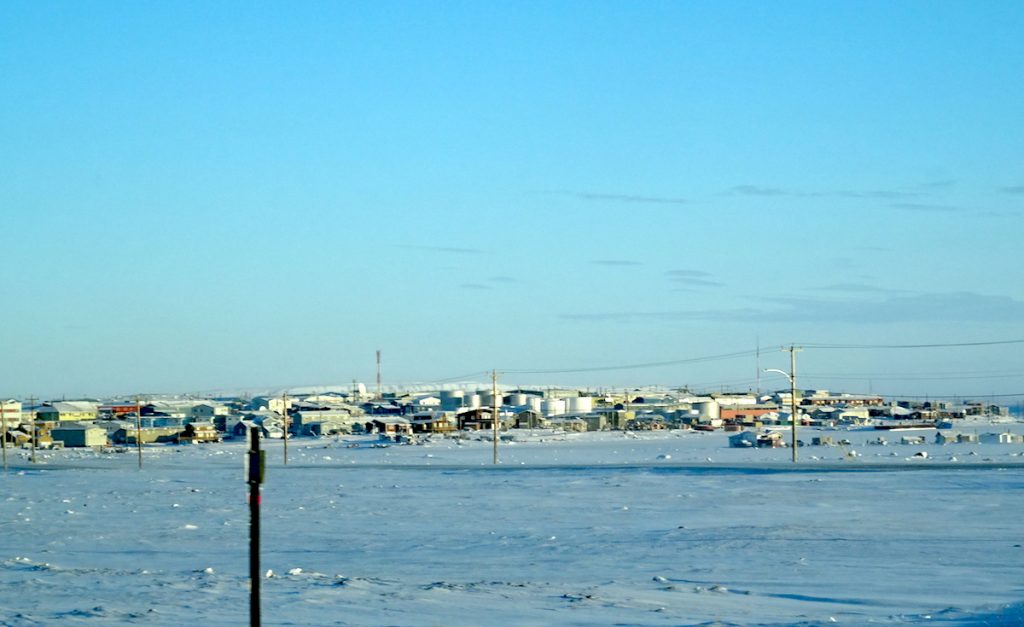 A dedicated off-hours maintenance line is now available for tenants of the Cambridge Bay Housing Association. (Photo by Jane George)

Tenants in Cambridge Bay should see quicker responses to maintenance calls, now that their housing association has a new direct line to its after-hours on-call worker.

As of Jan. 7, the on-call technician with the Cambridge Bay Housing Association will carry a dedicated cellphone that can be reached by tenants in need outside business hours.

Previously, explained Renata Kostelski, manager of the local housing association, calls went through the office system to an extension linked to a handheld radio, carried by the technician.

The automated system was prone to dropping or not properly connecting calls. Run through radio transmitters on the association office roof, it was also vulnerable to weather conditions.

Often tenants would resort to posting requests for service on the Cambridge Bay News Facebook page when their phone calls went unanswered.

“It breaks my heart when I see on Facebook, someone struggling waiting six hours with no water or heat,” said Kostelski. “I’m calling the maintenance manager, calling the guy who’s on call. We’re calling each other trying to figure out how to get this resolved as soon as possible.”

She believes the new cellphone will alleviate a lot of these troubles.

“I’m so excited we finally came up with a solution,” said Kostelski. “We’ve been trying to figure this out for some time and finally we have the solution of a dedicated, completely separate phone that the guys can use.”

The maintenance line does receive a fair number of after-hour calls—about 20 a week on average, according to information from the department. And the bulk of those calls often come in on weekends.

Issues with heating come up regularly for on-call workers, as well as calls from tenants who have locked themselves out.

In the winter, in particular, a quick response to these problems is critical.

Kostelski said she is confident the new system will work much better and get tenants the service they require, faster. She hoped, with the line now in use, fewer of those posts for service on Facebook would be needed.

“Now that we have an actual completely separate cellphone that the on-call will have with them after hours, it’ll be much better,” she said.

The new line is open for maintenance calls, outside regular business hours, which are 8:30 a.m. to 5 p.m., Monday to Friday. The number is 983-5527 and will only be answered before and after business hours and on weekends.

The Cambridge Bay Housing Association’s main office, including the tenant relations officer, finance officer and manager, can be reached at extension 122.