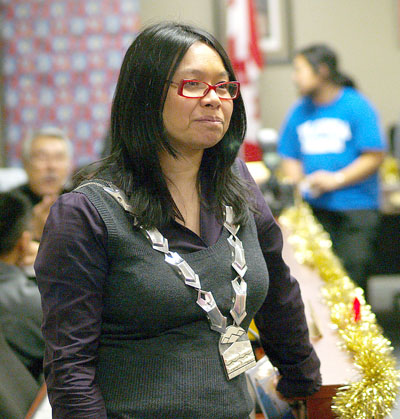 “We can empower Inuit women living in Nunavut”

Nunavut has a new women’s organization.

The NIWA is headed by its new president, Madeleine Redfern, Iqaluit’s mayor.

Though women in Nunavut continue to be represented territorially through the Qulliit Nunavut Status of Women, which is a government-appointed advisory council, and nationally with Pauktuutit Inuit Women of Canada, NIWA is the first Indigenous-specific organization for Inuit women in Nunavut

NIWA says its mandate will be to promote Inuit women in leadership roles, address challenges such as equity, facilitate economic empowerment, and create programs to address the intergenerational impacts of colonization.

This is the first time the Native Women’s Association of Canada has counted member organizations in every province and territory. The national organization provided NIWA with its start-up and core funding.

“With NIWA, we can empower Inuit women living in Nunavut,” said Lynne Groulx, CEO of the Native Women’s Association of Canada, in a news release.

All Inuit women living in, or who are from, Nunavut are considered members of the new organization, but its bylaws allow for anyone to request to be removed from its membership.

NIWA said it intends to work closely with other women’s associations like Qulliit and Pauktuutit.

But NIWA will remain independent and non-governmental as an organization.

Qulliit was established by the Government of Nunavut as an advisory body on programs, policies and legislation that affect women. Its members are appointed by the cabinet minister responsible for Qulliit.

NIWA says its goal is to “regenerate an understanding of Inuit women’s leadership roles within our communities” and to ensure those positions are filled with knowledgeable, skilled Inuit women.

NIWA’s inaugural board will meet within the next six months to set out its priorities for the year and identify a date for its first annual general meeting.