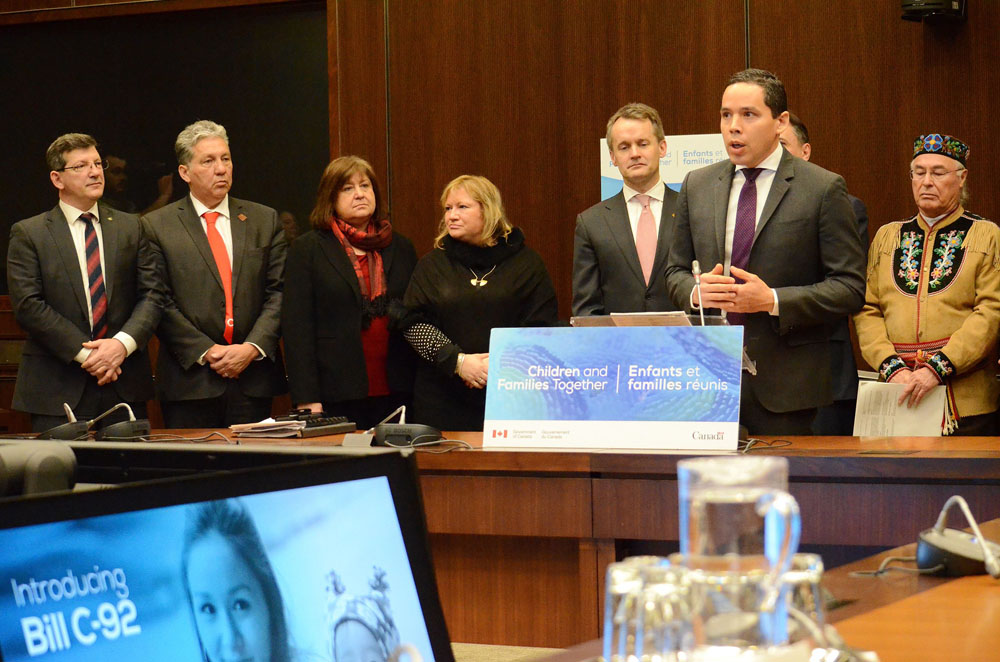 Inuit Tapiriit Kanatami says it welcomes new federal legislation designed to give Indigenous groups better control over their own child and family services.

“We feel as through the process has been largely collaborative and one that has allowed for us to provide an Inuit position,” said ITK president Natan Obed.

Indigenous groups have long identified the over-representation of their children and youth in care as a crisis, which culminated in an emergency meeting last year, held by then-Indigenous Services Minister Jane Philpott.

The new bill creates a process by which provinces and territories can circumvent youth protection laws by developing and negotiating their own child welfare services with the federal government.

As part of a series of priorities ITK identified in the bill’s development, Obed said the new legislation will help to:

But Obed added that Inuit groups are “cautiously supportive” of the new legislation, as they work to tweak it and ensure it offers the best fit for northern communities.

“More time with this particular piece of legislation and more understanding of the implications of the provisions in the legislation are necessary before there’s unequivocal support,” he said.

“Hopefully now there will be more incentive and more resources given to placing a child within the child’s community and their family.”

ITK also called on the federal legislation to recognize Inuit self-determination as a guiding principle.

“Federal legislation should ensure that Inuit rights holders are able to exercise agency,” ITK said in a news release.

The new legislation comes in the wake of the Truth and Reconciliation Commission’s recommendations on child and youth services; call to action #4 asks the federal government “to enact Aboriginal child-welfare legislation.”

It remains unclear how and how much funding Indigenous groups can access to develop their own services, but Indigenous Services said its Child and Family Services Program funding for 2018-19 is more than $1.1 billion.

“Bill C-92 will finally put in law what Indigenous peoples across this country have been asking of governments for decades: that their inherent jurisdiction over child and family services be affirmed so that they can decide what is best for their children, their families and their communities,” O’Regan said in a release.