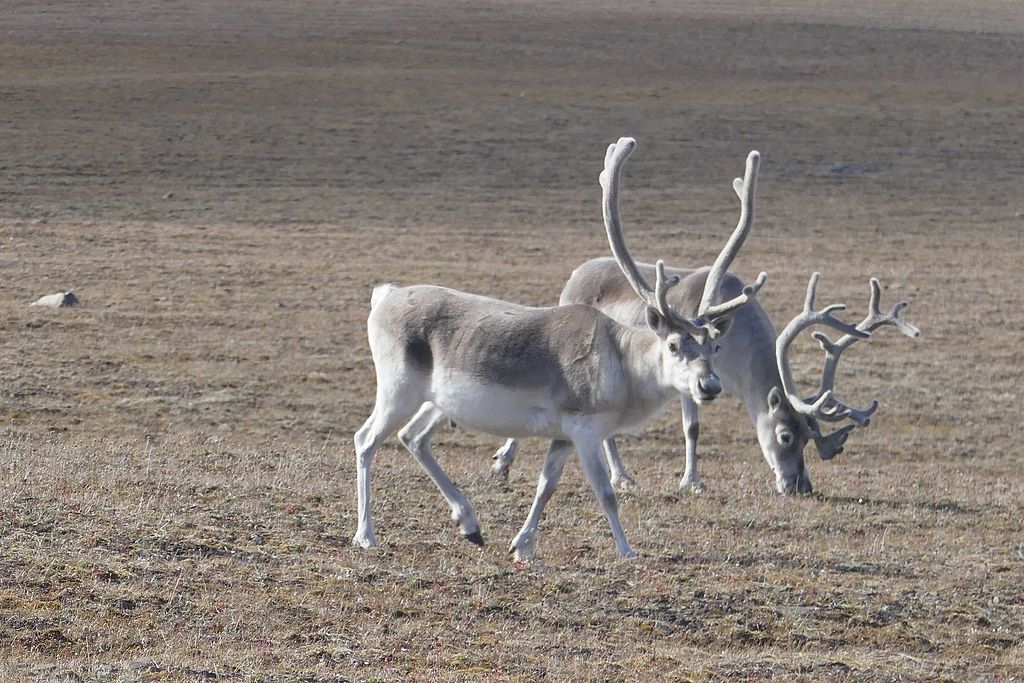 You can find out more about Peary caribou, shown here on Bathurst Island, on a new website called Northern Caribou Canada. (Photo by Paul Gierszewski)

A new website aims to bring together the full picture of the challenges facing northern caribou and the people who rely on them.

The website, created by the Canadian Arctic Resources Committee, is intended as a one-stop online resource with posts to highlight conservation issues affecting migratory caribou across northern Canada.

Those challenges can include disruptions to their habitat, the impact of climate change, a growing number of predators and harvesting practices.

“Numbers of caribou in the Arctic herds have dropped by as much as 98 per cent over the past few years,” said Clive Tesar, who created the site for CARC, a research and advocacy organization focused on northern Canada.

“That’s catastrophic for the animals themselves, and a major hardship for the people whose livelihoods and cultures have been built around the caribou. While information on what’s happening exists in pieces, this is an attempt to show people the full scope and scale of what’s happening.”

The website pulls together information from governments, wildlife management boards, academic publications and other sources and presents it in plain language, to make it easier to find and understand, Tesar said in a news release from CARC.

On the website, you can find information based on both science and Indigenous knowledge.

“Northern governments and management boards have been really helpful,” Tesar said. “They supported the creation of this resource and spent many hours reviewing it to make sure the information is accurate and up to date.

“Our hope is that once people understand the scope and scale of the conservation challenge, they’ll step up as individuals and organizations to ensure that caribou remain part of the northern landscape.”

The website focuses on the large migratory herds of caribou often described as barren ground caribou that range across the Arctic and subarctic regions of Canada.

This site also includes information about Peary caribou. As well, there’s information on migratory herds called eastern migratory caribou, as well as the Dolphin and Union herd that migrates between the Arctic coast and Victoria Island.

These migratory herds are the focus of the website for several reasons, Tesar said: the importance of caribou to northern peoples, the relative scarcity of information about them collectively, and the larger landscape and cross-jurisdictional questions to be considered with most of the herds.