No water-related states of emergency in effect in Iqaluit

City’s Aug. 12 declaration was revoked when GN issued its own on Aug. 18, city spokesperson says 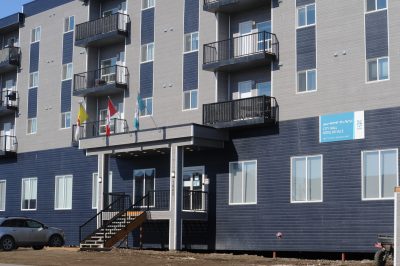 There are no state of emergency declarations in effect in Iqaluit, as a result of the Government of Nunavut’s lifting of its declaration on Tuesday, a city official says.

The Government of Nunavut announced it was lifting the state of emergency it put in place Aug. 18 to help Iqaluit deal with low water levels in its Lake Geraldine reservoir. Low precipitation levels this year mean the reservoir is not replenishing itself.

To avoid a shortage over the winter, the city needs to pump water into the reservoir from nearby Apex River. To do that, the city needs a new licence from the federal government allowing it to draw more water than its existing permit allows.

“We have since received the emergency water licence amendment approval from [the federal government],” city spokesperson Geoff Byrne said in an email.

Iqaluit had declared a local state of emergency on Aug. 12, close to a week before the GN made its declaration.

When the GN made its declaration, the city’s declaration was revoked and was no longer in effect, Byrne said.