“This is dangerous for us” 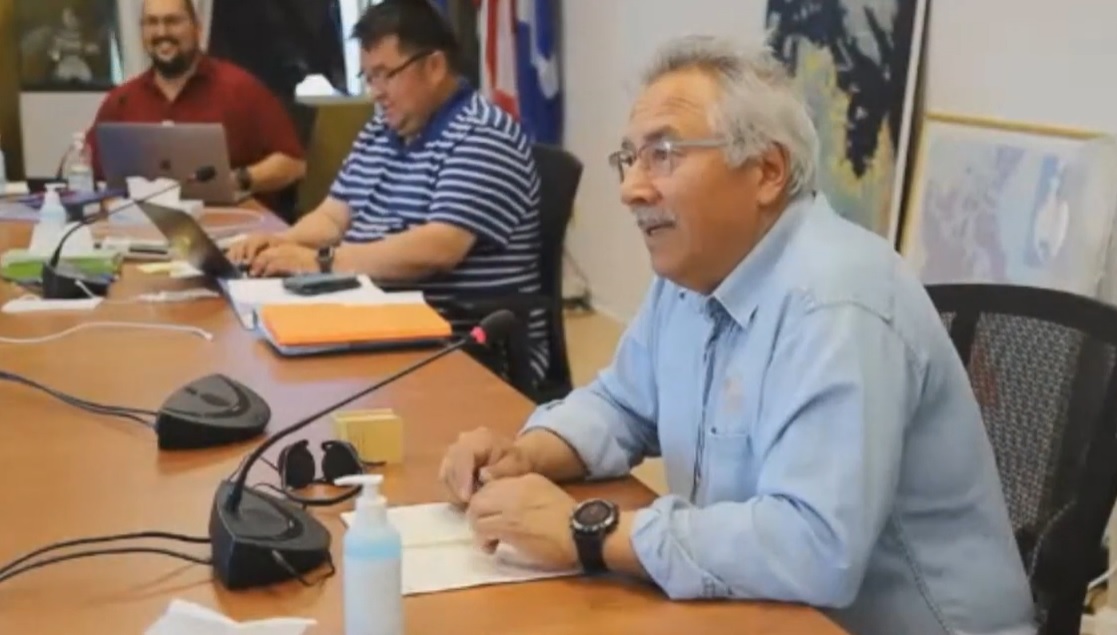 Makivik Corp. president Charlie Watt says the federal government has left Canadian North in a vulnerable situation by not yet making good on a pledge to continue financing the northern airline.

Canadian North, co-owned by Nunavik’s Makivik Corp. and Inuvialuit Development Corp. in the Northwest Territories, has received financial support from the federal government since mid-March to offset its losses during the pandemic.

But those funds stopped flowing at the end of June.

“We really need to see this in writing,” Watt told Makivik’s annual general meeting July 16. “This is dangerous for us.

“Are we able to find ways to ensure that we don’t start spending our own money?”

Johnny Adams, executive chairman of Canadian North, told Makivik’s board of directors that the airline officials have met with federal ministers on three separate occasions in June and early July.

“They told us not to be concerned,” Adams said July 16. “They said they’ll continually support us financially, for communities that are isolated and without roads.

In Nunavik, where Canadian North’s only commercial flight—its Montreal-Kuujjuaq route—has yet to relaunch, Adams said the airline is benefiting from charter contracts with regional organizations.

The Government of Nunavut has also been an important source of funding for the airline, doling out $24 million to both Canadian North and Calm Air’s operations in the territory since March.

Canadian North hasn’t said how much it has received from Ottawa since then, other than saying the amount is in the “millions.”

In an email to Nunatsiaq News, the airline said it has seen “some very modest improvement in passenger volumes,” though they continue to be lower than before the onset of COVID-19.

Canadian North said it has “taken steps to reduce costs where possible until demand returns, but there is still a sizable gap between where we currently are and where we need to be to maintain sustainable operations.”

If the airline doesn’t get confirmation of continued support soon, Adams fears it will be at the expense of Inuit communities.

“If they continue to delay, we’ll have to look at cutting costs or scheduling,” he said. “We’ve waited a long time. I hope we don’t have to wait too much longer.”

“We would have lost millions”

“We’ve been severely affected,” Aatami told meetings July 16. “But we’re not concerned about our financial state.”

“I’m grateful to the Quebec government. We would have lost millions.”

Air Inuit relaunched its intercommunity travel operations as of June 18 and continues to fly charters to and from the region. Aatami estimates the airline is operating at about half of its capacity.

The airline employs about 700 employees, 49 of whom were laid off when flights shut down in March. Aatami said the airline has been able to hire four of those employees back.

The airline has also had to temporarily cut its regular support to regional organizations.

“Our daily operations will hopefully come back, but we’re not rushing that,” he said. “We’ll always been concerned about COVID-19.”

—with files from Meagan Deuling