Nunavut says “trust us” when it comes to subsidizing airlines 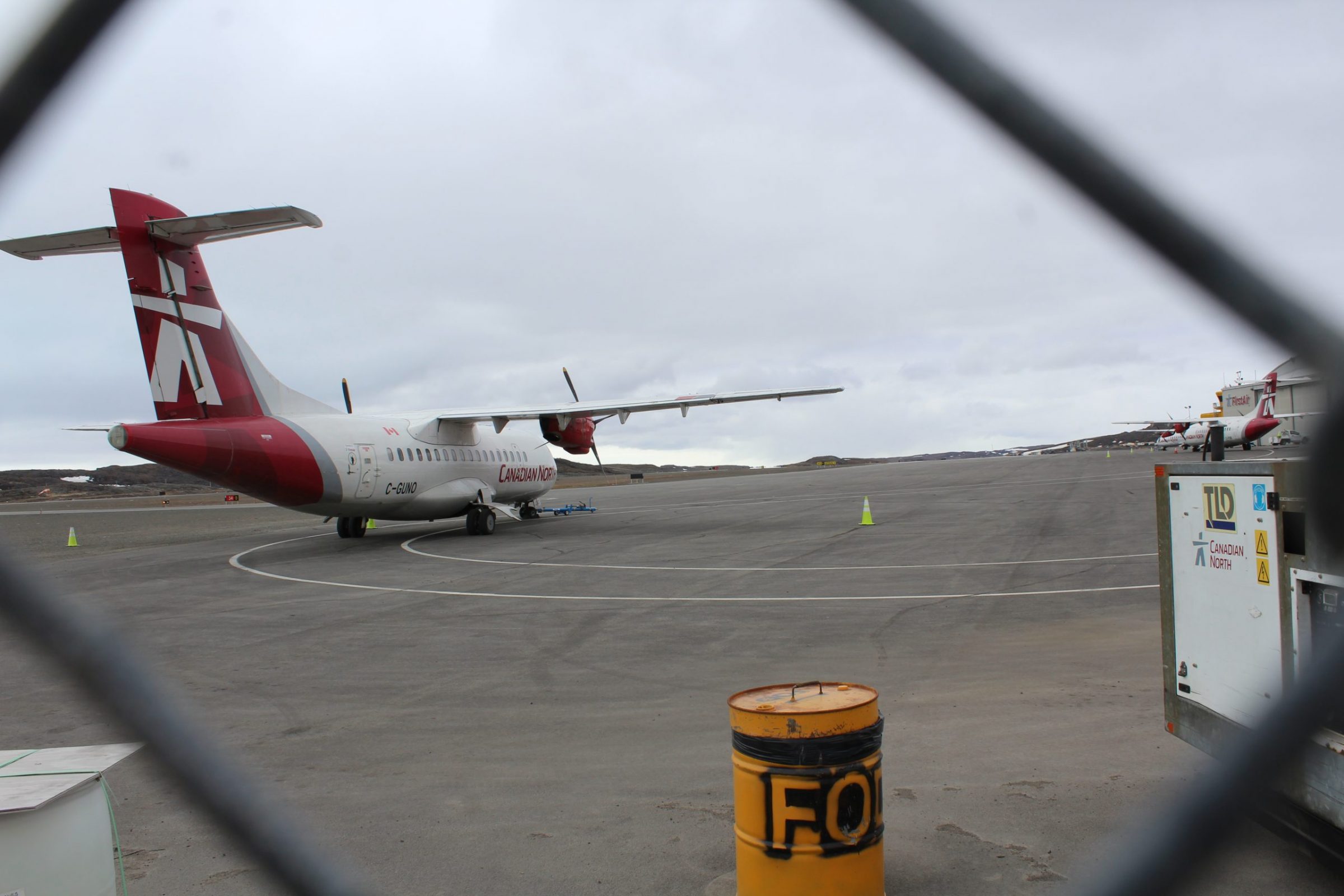 Canadian North says its survival continues to depend upon government subsidies through the pandemic. (Photo by Meagan Deuling)

The collapse of passenger demand because of COVID-19 is the most devastating thing to happen to the airline industry, says Chris Avery, the president and CEO of Canadian North, who says it’s “worse than 9/11.”

Airlines across the world are suffering as a result, and it’s better for business to suspend operations and “wait out the storm,” Avery said.

“The biggest difference for us is we can’t suspend our operations,” he said.

Airlines are Nunavut’s highways, Avery said. In a territory with no roads connecting communities, they have to remain operational to provide passenger service for medical travellers and essential workers and to transport cargo, “whether it’s [to fly] hardware for a sewage truck or food to put bread on the table,” he said.

In addition, the airlines are crucial in that they maintain a network of flights to fly medical supplies and COVID-19 tests around, for example, because it would be prohibitively expensive to charter a flight every time a test needed to be transported.

The airline has decreased capital spending and investments, Avery said, but it still needs to maintain its infrastructure to serve the North.

The Government of Nunavut has spent $24 million since March 30 on Calm Air and Canadian North, two of the airlines that serve the territory, to make sure “they remain in existence,” said Finance Minister George Hickes.

“We recognize it’s a dramatic step … but we really had no other alternative,” he said.

Between March 30 and April 30, the GN paid $9.6 million to the airlines, calculating the amount based on the number of seats it would regularly buy for medical and duty travel.

For the months of April, May and June, the GN gave the airlines $16.2 million between them.

The GN “dug a little deeper” to determine the second subsidy, Hickes said. Through a non-disclosure agreement, the airlines shared their finances with the government.

“In the legislative assembly in the fall, I still have to be able to defend these numbers,” Hickes said, “without obviously breaking any of the non-disclosure agreements.”

That means that although the GN is spending public dollars to prop up private companies, the public won’t see how the $24-million infusion fits into the companies’ bottom lines.

Along with the GN, officials at Transport Canada had access to Canadian North’s and Calm Air’s finances, which Hickes said means that the spending decisions are transparent “government-wide, at the federal and territorial level.”

While the airlines aren’t defined nationally as an essential service, “without the airline industry here we have zero access to the rest of the world,” said Hickes.

An airline company’s margin is thin at the best of times, Avery said.

“Without support, there’d be [a] huge risk of suspension of operation,” he said.

$49.3M to be retroactively approved, so far

The GN is using federal COVID-19 relief money to help offset close to $50 million in unbudgeted money it has spent since April.

The GN received $30.8 million from the federal government at the end of May, which is in its general revenue fund, Hickes said.

The financial management board, headed by Hickes, has approved seven special warrants related to COVID-19 since April, according to the Nunavut Gazette. Special warrants authorize the government to spend money not accounted for in the 2020-21 budget.

The seven warrants total $49.3 million, and will be approved through special appropriation the next time the legislative assembly sits, most likely in September.

The GN has used this money to pay for food programs and for the cost of the isolation hubs, including isolating construction workers coming to the territory for the summer season.

But about half of the money has gone to Calm Air and Canadian North.

And the $24 million spent on airlines to date only covers them until the end of June.

The federal government gave the airlines $5 million in April, on top of the $30.8 million the GN received. In addition, Avery said Canadian North has received subsidies from the governments of Quebec and the Northwest Territories.

Nunatsiaq News reached out to Calm Air by phone and email last week and by Facebook this week, and has not heard back from them.

Hickes called out the federal government in April for shortchanging the GN.

“We’re always trying to get them to realize the uniqueness of Nunavut,” Hickes said.

He and other government officials are in regular communication with their federal counterparts, and his understanding is that the $30.8 million was the first phase of federal relief, and a second phase is coming. He doesn’t know when.

Travel restrictions are slowly being lifted in Nunavut—intercommunity travel is now permitted, and Avery said that tickets sales have increased.

Hickes reiterated during a news conference on June 11 that non-essential travel outside Nunavut is not recommended.

But as ticket sales increase, the GN will “continue monitoring that line of balance of what supports they will need … to what the market is providing them already,” he said.

Avery said they have no assurance of subsidies after June.

“I would be lying to tell you it’s easy,” he said. “We’d rather know how much support we have going forward.”

Despite the uncertainty, Avery said the airline is aware of the fact that when passenger demand increases, the airline has to be ready for it.

It laid off 10 per cent of its 1,500-person workforce, Avery said, most of them temporary layoffs.

“We will bring them back so we can operate flights.”