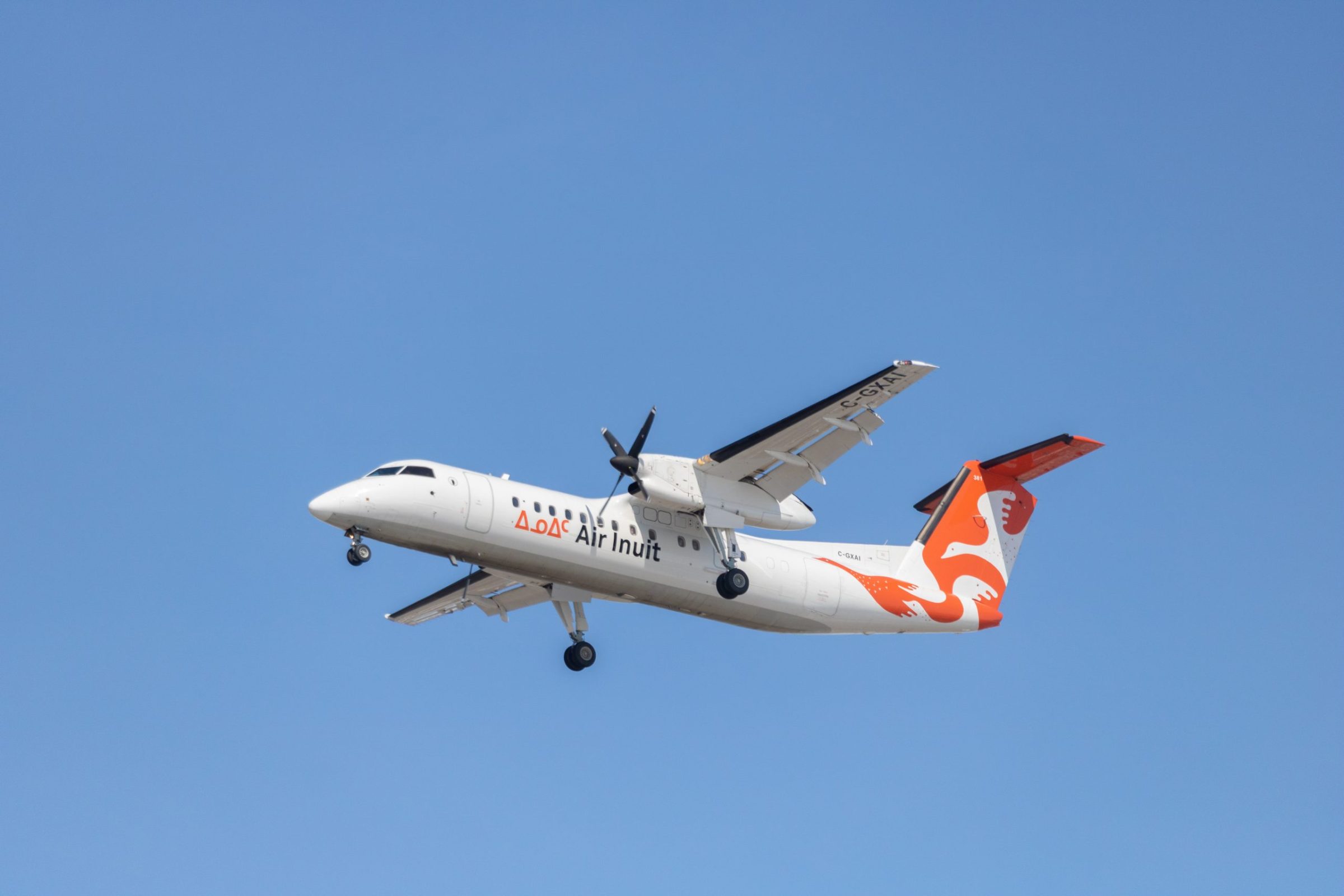 Two Air Inuit aircraft, similar to the one seen in this file photo, were grounded on Nunavik’s Hudson coast on Monday after a man made a false bomb threat, the airline said. Nunavik police arrested a man in his 20s. (Photo by Jeff Pelletier)

A man in Umiujaq has been arrested after allegedly making a bomb threat that disrupted two Air Inuit flights earlier this week.

On Monday, the airline said in a Facebook post that two of its Dash 8 passenger planes were grounded in Puvirnituq and Kuujjuaraapik over what it described as unfounded internet threats.

By mid-afternoon, flights had resumed.

“A male in his 20’s from Nunavik was arrested in Umiujaq and charged with various accusations,” Jean-Francois Morin, Nunavik Police Service’s deputy-chief, wrote in an email.

Morin did not say what specific charges were laid, nor did he identify the suspect. He did say that the charges stemmed from a bomb threat.

“He is currently detained awaiting a bail hearing,” Morin said.

“That’s what we are willing to share right now as the investigation is still ongoing.”