“It’s an advantage to be an isolated region. We have that control.” 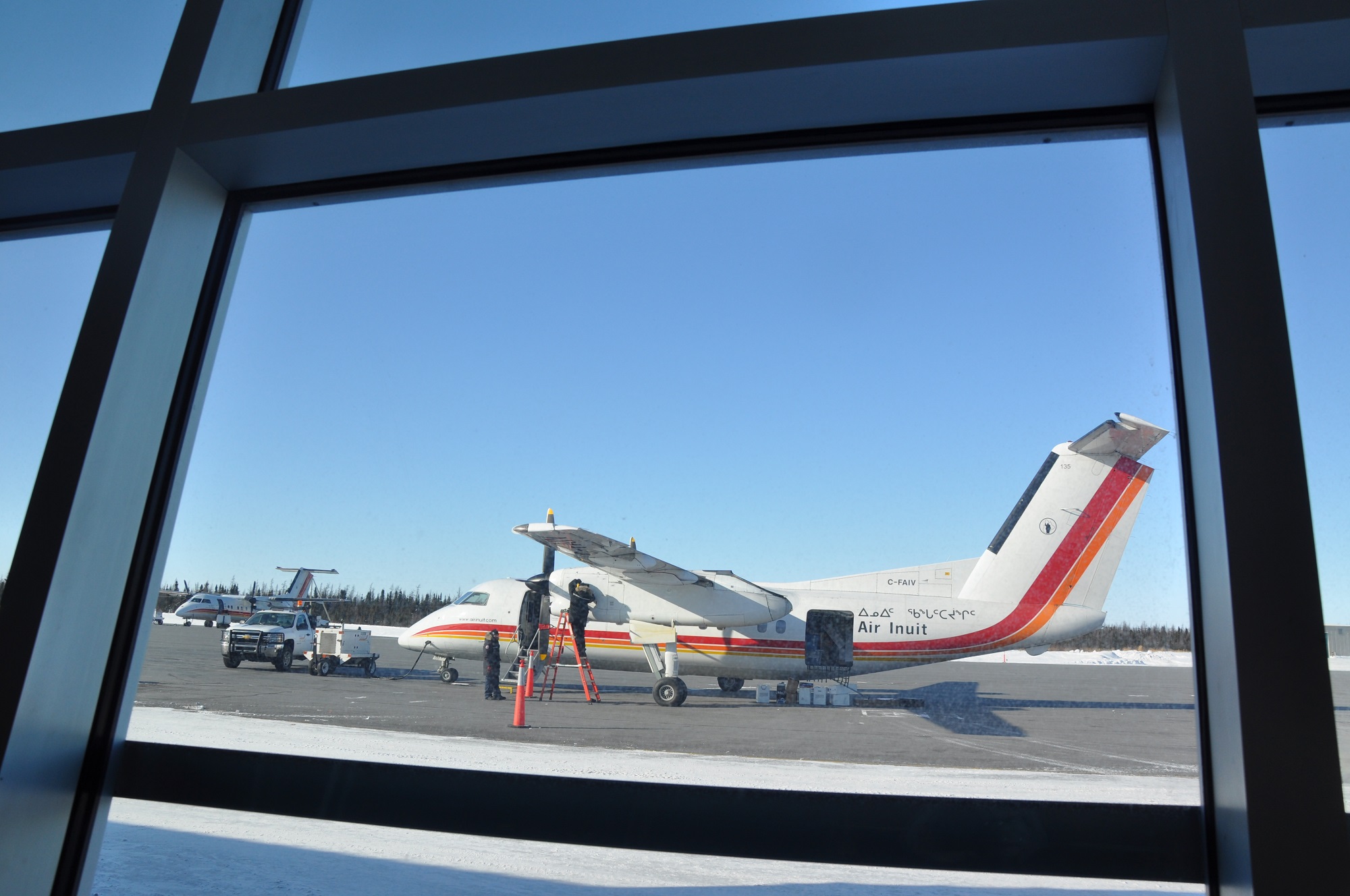 A Dash-8 sits on the tarmac at Kuujjuaq’s airport. “Considering the increase in the number of cases in the south and the risk of reintroduction of COVID-19 in Nunavik by travellers, it is recommended to avoid all non-essential travel to and from the south,” the region’s health board said on Oct. 15. (File photo)

Nunavik will be gradually easing COVID-19 restrictions in the weeks to come, but regional organizations are asking residents to be patient.

The region has been more or less on lockdown since March 23, with all commercial flights to its 14 villages halted, and only essential services operating.

A week after the lockdown announcement, Nunavik announced its first case of COVID-19. In total, Nunavik had 16 cases of infection, though all those individuals have since recovered.

Since March, regional organizations have responded to the pandemic under the umbrella of the Nunavik Regional Emergency Preparedness Advisory Committee (N-REPAC), whose eight subcommittees oversee various aspects of life in the region, like food security, transport and community living.

Members of that committee said on Tuesday, May 26, that plans to re-open the region are now underway, and Nunavimmiut should hear about eased restrictions in the days and weeks to come. 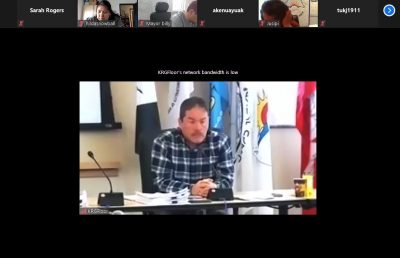 The KRG’s director general, Michael Gordon, speaks at a regional council meeting held on May 25-26 by videoconference.

“Reopening is something we really have to focus on right now,” Michael Gordon, Kativik Regional Government’s director general, told regional council meetings on May 26. “We don’t want our population to be at risk.”

Air travel has been one of the most pressing demands among Nunavimmiut, who rely heavily on both inter-community air travel to connect with relatives and on an air link to Montreal, the region’s major urban hub.

But others say the region isn’t ready to open up to travel. For instance, municipal leaders in Kangiqsualujjuaq declined an important health-care renovation that would have required a construction crew fly in from Montreal.

But following the lead of Quebec health officials, who have already eased a number of measures in southern regions, Nunavik will gradually start to open certain services.

“If not this week, then next week,” said Fred Gagné, the KRG’s assistant director general, in KRG meetings held by videoconference on May 26.

“It’s a process and this is a first. We have to be careful,” he said. “In this case, it’s an advantage to be an isolated region. We have that control.”

Nunavik’s two operating mines, Canadian Royalties’ Nunavik Nickel mine and Glencore Group’s Raglan mine, have already re-opened after temporary closures in April. But both mines are testing staff for COVID-19 and only operating direct flights between Montreal and their mine sites.

While schools in parts of Quebec have re-opened for the remainder of the year, Nunavik schools will remain closed, a decision Kativik Ilisarniliriniq made on March 24.

As of last week, the Quebec government began to loosen rules around some social gatherings, allowing people from different households to meet, as long as groups meet outdoors and continue to keep a two-metre distance from each other. Those rules apply to Nunavik.

But health officials are still warning people not to visit elders or people with compromised immune systems.

Quebec also recommends that people wear masks when they are outside their homes, though this is not mandatory.

Since May 5, all 16 Nunavimmiut who initially tested positive for COVID-19 (one in Salluit, one in Inukjuak and 14 in Puvirnituq) have all recovered.

As of May 17, the health board said that 236 people have been tested across the region.

That testing continues; labs in Puvirnituq and Kuujjuaq are still prepared to analyze hundreds of screening tests per week, the health board said this week.

Emergency response teams remain on call in each community if needed, the health board said.