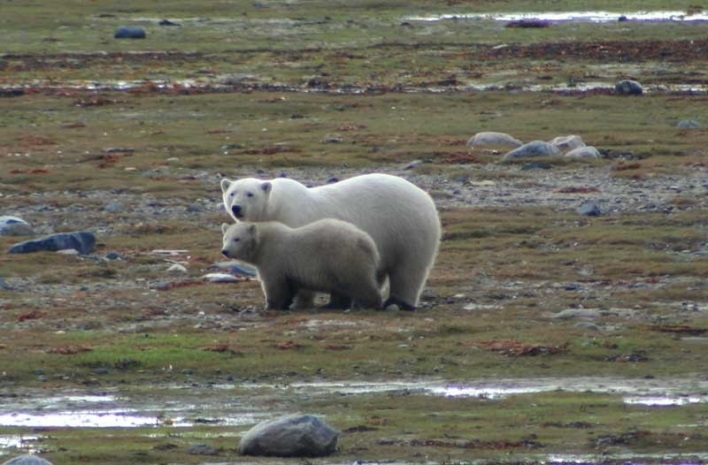 The debate over the region’s polar bear harvest dates back to 2011, where there was no regulated quota of that sub-population in Nunavik.

That year, the federal minister of environment requested the Nunavik Marine Regional Wildlife Board come up with total allowable take, or quota, for that sub-population, which is harvested by three different groups: Nunavik Inuit, Nunavut Inuit (Sanikiluaq) and James Bay Cree.

But when, in 2015, the respective wildlife boards proposed an annual quota of 28 polar bears, the minister rejected it and instead set the quota to 23.

Nunavik’s Makivik Corp., along with the NMWRB and the Grand Council of the Crees, then filed a judicial review in November 2016 in both Nunavut and federal court. The Nunavut court proceedings are now suspended pending a federal court decision.

In their notice, Makivik argued that the federal minister failed to properly take Inuit traditional knowledge into its decision-making process.

The organization also argued via section 5 of the Nunavik Inuit Land Clams Agreement, which applies to Nunavik’s off-shore region, that there can be no restrictions imposed on Inuit harvesting rights in the region.

The federal court finally issued a judgement in October 2019.

“It dismissed most of what Makivik was seeking,” said Nicholas Dodd, Makivik’s counsel.

“It found that the minister’s decision was generally reasonable.”

The judgement found “the process has room for improvement.” But it also noted the temporary nature of the minister’s decision and acknowledged that with new information, the quota can be reassessed.

The court battle over the Inuit harvest of southern Hudson Bay polar bears continues, now that all three parties have appealed that October judgement, while Nunavut Tunngavik Inc. is listed as an intervenor.

The parties just filed their memorandums of fact this month, while the federal court is expected to do the same in September.

In Makivik’s memorandum, the organization challenges the federal court on its standard of review, as well as the minister’s failure to uphold its obligations with respect to Inuit traditional knowledge.

The COVID-19 pandemic has slowed the process to some degree, but Dodd said the parties expect to see an appeal hearing by the end of the year or in early 2021.