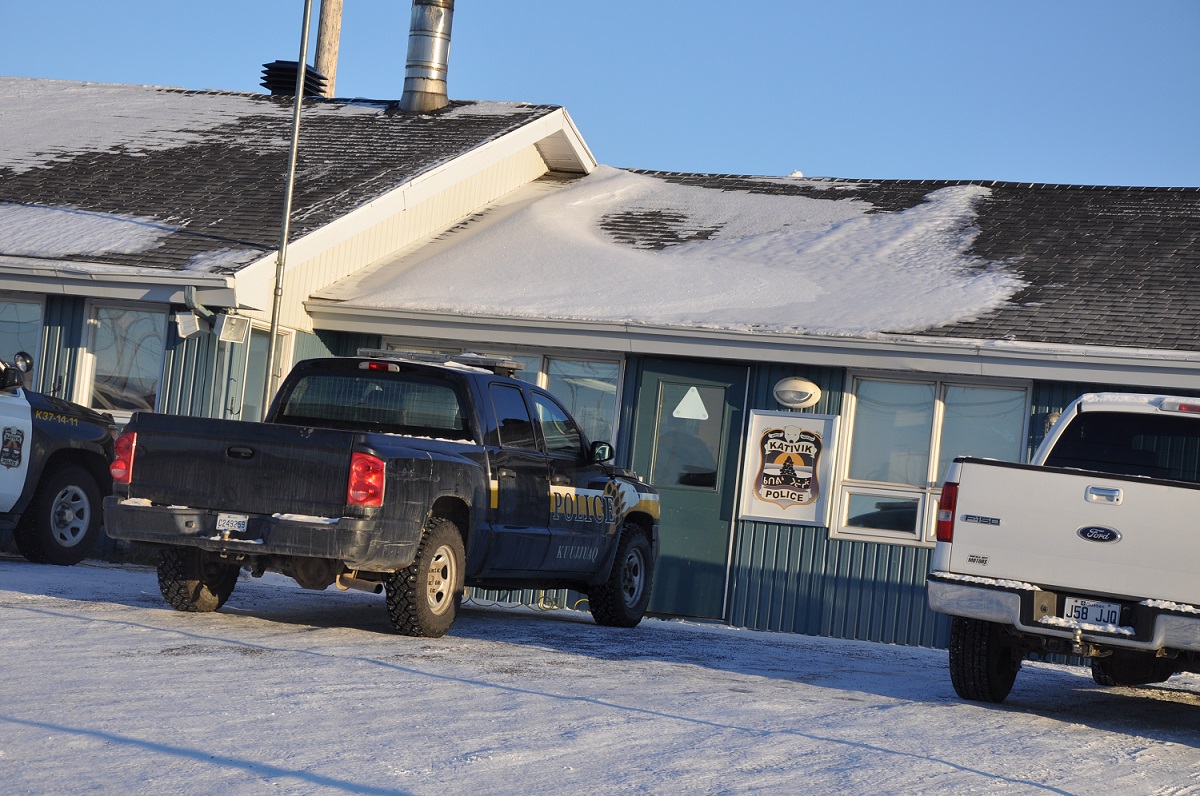 The KRPF’s detachment and headquarters in Kuujjuaq. The force is facing a shortage of officers this summer and has now brought in 24 SQ officers to work in the region on a temporary basis. (File photo)

The Kativik Regional Police Force is facing a major staffing shortage, following the resignation of about a quarter of its officers.

Over the last month, the Nunavik force saw 16 officers quit their jobs, leaving roughly 48 officers to police the region’s 14 communities. The force is considered fully staffed with 65 officers.

Larose said it was not anything in particular that prompted the resignations, although it’s common for staff to leave at the beginning of summer.

The KRPF typically sees a high turnover; last year Larose told a provincial commission that an average of 70 officers leave the force each year—more than the number the force even employs at one time.

KRPF officers tend to be in high demand for their northern policing experience, Larose said.

“There’s a labour shortage in every sector, but particularly in policing,” he said.

The Sûreté du Québec, for example, has recently opted to eliminate its polygraph test for job applicants to help speed up the hiring process of 500 new officers it hopes to bring on.

But the same police force is lending a hand to the KRPF in its time of need. Under a new agreement, the SQ has provided 24 officers to work in the region over the coming months, Larose said.

The force is now pairing up more experienced KRPF officers with their new SQ counterparts to ensure there is a balance.

“It’s us, the KRPF, who remain in control of policing in the region,” Larose said.

Now, the force has turned its efforts to recruitment.

While the KRPF has been recruiting from police colleges in the Maritimes in recent years, the force is now forging a new relationship with the Ontario Police College that would help its students earn their credentials to work in Quebec.

The force is also recruiting retired officers from southern Quebec to do short- and medium-term contracts in Nunavik, Larose said.

The KRPF has also launched an internship program for secondary students and graduates in Nunavik, to help drum up interest among young Inuit to work in policing. This summer, three Inuit students are doing security and prevention work with the force.

Larose hopes by the end of the year to have filled most of his staff positions.

The police force only just signed a long-awaited funding agreement with both the provincial and federal governments, which will finance the addition of 24 new officers to the KRPF over the next five years.

“We have the money, but not the employees,” Larose said. “It’s a bit disappointing.”

Visit the KRPF’s website for information about how to apply for a policing job in Nunavik.