‘After 25 meetings, we’re not getting any response. That’s why we have to send this message,’ says association president 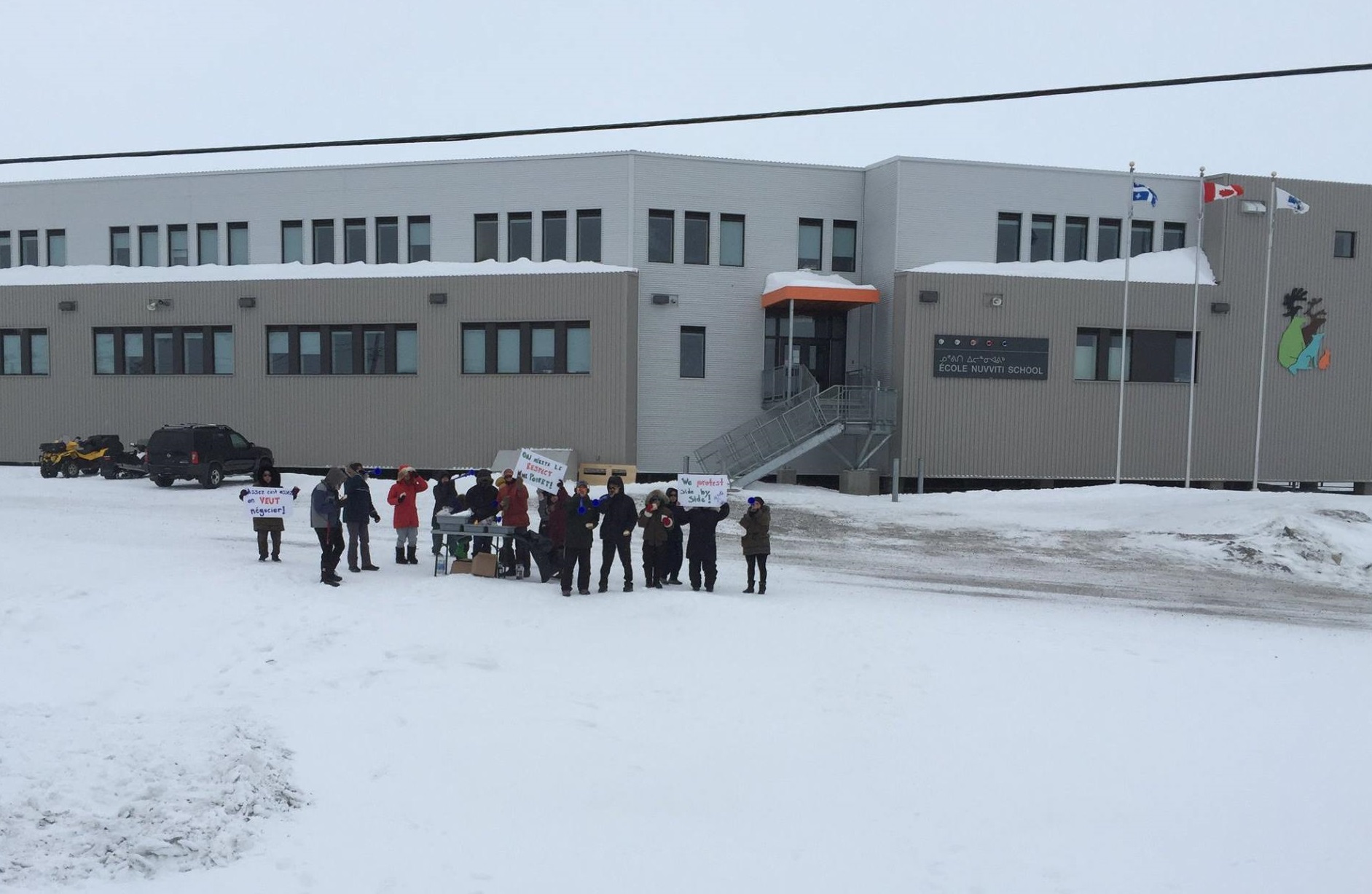 Teachers and support staff at Nuvviti school in Ivujivik protest stalled contract negotiations in 2017. Their union is now planning a strike day to protest the lack of progress during the latest round of negotiations. (Photo courtesy of AENQ)

The union that represents Nunavik education workers has announced a one-day strike.

The Association of Employees of Northern Quebec, which represents Kativik Ilisarniliriniq teachers and support staff, says that day will be April 28.

The union has been negotiating a new contract for those employees since its previous contract expired in March 2020.

Teachers and support staff voted in favour of strike mandate in February. Union leaders say there’s been little progress with the school board or provincial government since.

“It’s the accumulation of not getting any answers,” said association president Larry Imbeault Friday morning during an online news conference hosted by its parent union, the Central des syndicats du Québec, or CSQ.

“After 25 meetings, we’re not getting any response. That’s why we have to send this message.”

Salary negotiations are happening between the government and the CSQ, while the association of employees is focused on more local issues for Nunavik staff, like regional disparities and benefits.

The union has asked for new measures to attract and retain staff, and to close the disparity in benefits offered to out-of-region staff compared to local residents, who are most often Inuit.

For example, the union has asked for rent subsidies for all of its workers, as well as a paid travel and food cargo allowances for those employees — benefits only offered to out-of-region hires.

“The shortage of teachers and support staff is strongly felt [in the North],” Imbeault said.

“More than ever, we must have measures that attract them and keep them there. If living, teaching and learning conditions were optimal, we could finally hope for an improvement in the success rate for these students.”

The union has only announced one strike day at this point; Imbeault said he will meet with representatives in Nunavik to determine any further strike action.

In the original version of this article, information about the school board’s psychologist and social workers on staff was credited to AENQ president Larry Imbeault, when in fact it should have been credited to SPPOM spokeswoman Carolane Desmarais.