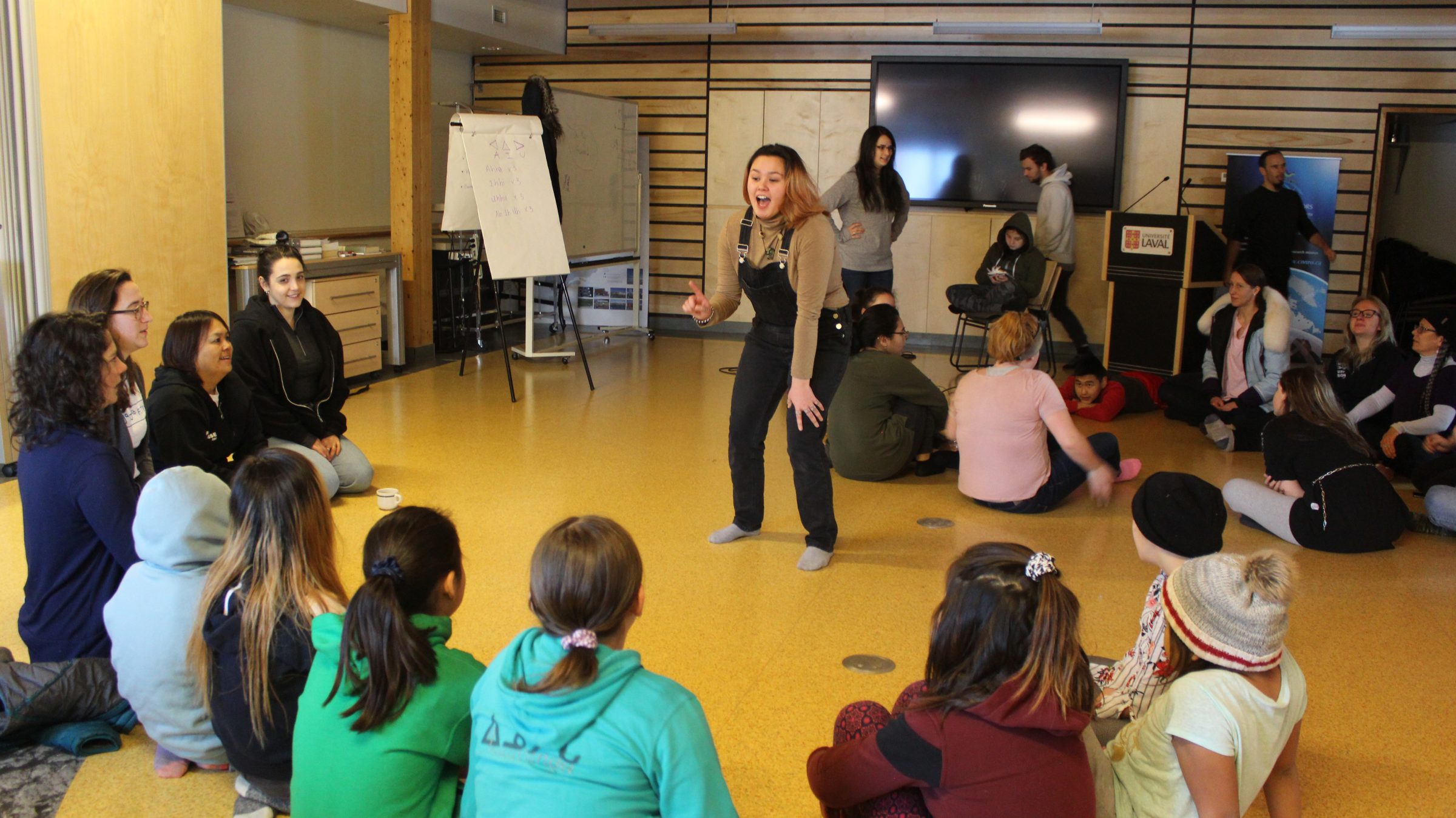 By Tommy Gordon and Angélique Bielski

Creative young minds gathered at the Kattitavik Centre in Kuujjuaraapik in early December for the Pigunnaniq Festival.

Organized by the media arts and education group Youth Fusion, the festival was held on Dec. 6 and 7, bringing in participants from Kuujjuaq, Puvirnituq, Kangiqsujuaq and Kuujjuaraapik.

Youth and coordinators were joined by singer-songwriters Willis Tagoona from Kuujjuaq and Aasiva from Iqaluit, as well as Iqaluit comedian Nicole Etitiq and rapper Mark Adams from Kangiqsujuaq.

Kuujjuaq’s ukulele club, a group of six Grade 6 and 7 students from Jaanimmarik School, also performed at the festival.

Together, they put on two nights of concerts and participated in various workshops such as throat-singing, jamming and meditation. The youth were involved in every aspect of the festival, from the promotion and filming of the shows to stage-lighting.

Two students, Silas Taqulik and Jackusi Kanayuk, won the festival’s grand prize for their performance. The prize was having that song professionally recorded.

All photos by Tommy Gordon and Evelyn Mesher, Secondary 3 students at Jaanimmarik School in Kuujjuaq