Air Inuit’s training program gets new pilots off the ground, from home base 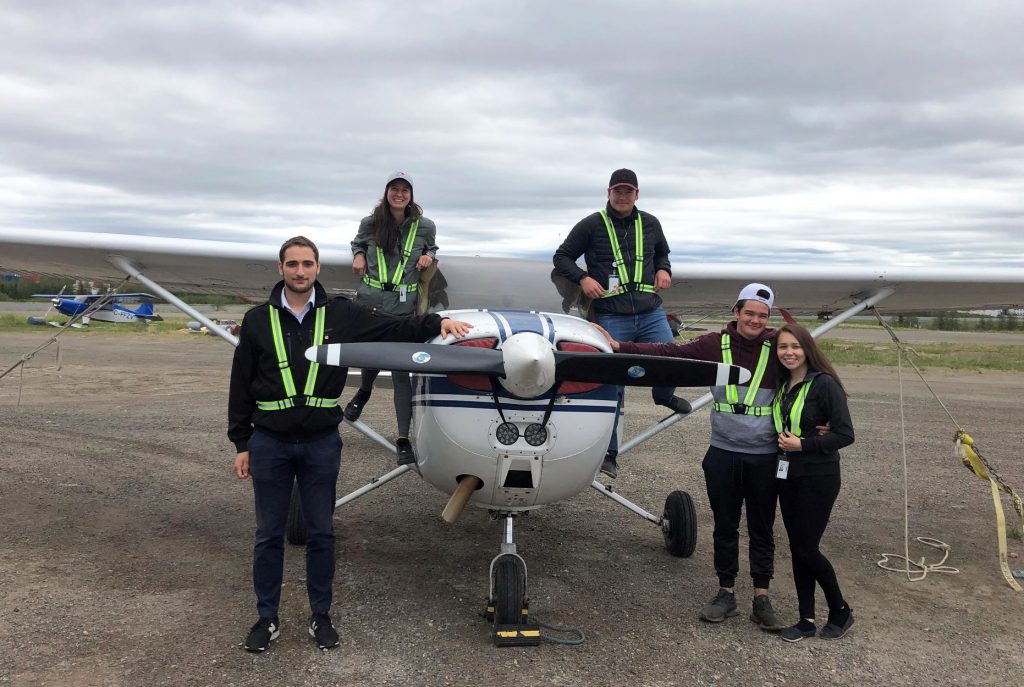 The newest group of Sparrows, Air Inuit’s pilots in training, are pictured at the Kuujjuaq airport on June 17, as they begin ground school. (Photo courtesy of Q. Gluzman/Air Inuit) 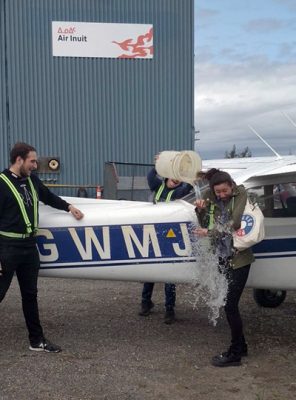 Sparrows student Dorothy Andrusiak has a bucket of cold water poured over her after completing her first solo flight in Kuujjuaq on July 4, as per Air Inuit tradition. (Photo by Q. Gluzman/Air Inuit)

When Dorothy Andrusiak sat down to her first day of ground school on June 19, you couldn’t have convinced her she’d be flying an aircraft a few weeks later.

But by July 2, the 20-year-old pilot-in-training found herself behind the controls of a Cessna 172, soaring over the Koksoak River.

Puvirnituq-born and Montreal-raised Andrusiak has, since her early teens, dreamed of flying through Nunavik’s skies.

After studying music at Vanier College in Montreal, she switched gears this year and enrolled in Sparrows, Air Inuit’s pilot training program targeted at Nunavimmiut.

Now, Andrusiak is one of four new students who started a session in Kuujjuaq last month, taught by flight instructor Quentin Gluzman.

“Never did I think in 10 days I’d be flying a plane,” Andrusiak said.

Her July 4 solo flight was nerve-wracking and fun, she said. Her colleagues celebrated by dumping a bucket of ice-cold water over her when she emerged from the Cessna—an aviation tradition.

“I knew nothing about flying a few weeks ago,” Andrusiak said. “Even the smallest, most minute things are surprising. Like taxiing a plane—it didn’t occur to me that it does not resemble a car in any way, you’re steering with your feet.

“But Quentin is able to jam pack a lot of information in a short amount of time.”

Gluzman, who works for Montreal-based flight school Cargair, has been working as a Sparrows instructor for the last eight months.

He credits the quick transition to solo flights to the northern classroom, where there is so much less air traffic and fewer airspace restrictions.

“The main difference is the freedom you have here [in Nunavik],” Gluzman said.

While flying is a whole new world for Andrusiak, her classmate John-Roy Watt comes by aviation honestly.

The Kuujjuaq-raised student grew up travelling in bush planes flown by relatives.

“Almost everyone I know is a pilot,” Watt laughed. “My dad, most of my uncles. It’s almost all we talk about.”

Watt was playing Junior A hockey in Ontario last year, before he moved home to work and then decided to enrol in pilot training.

While flying is familiar, Watt says he is enjoying learning the science behind the craft. He hopes to eventually work as a bush pilot in the region.

This week, students are learning about navigation, while mapping out a planned flight from Kuujjuaq to Kangiqsualujjuaq.

The Sparrows will stay on at ground school in Kuujjuaq until the end of August, at which point the program continues in Trois-Rivières, Que., in September. That’s where the group will take their commercial, multi-engine and instruments training. 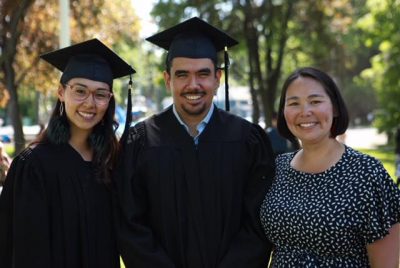 If the students stick with the program, they could graduate with their pilot’s licence within a year.

Air Inuit launched Sparrows in 2012, with support from the Kativik Regional Government and Kativik Ilisarniliriniq, to encourage Inuit to pursue a career in aviation.

The program is open to beneficiaries of the James Bay and Northern Quebec Agreement who are at least 18 years old and have completed Secondary 5.