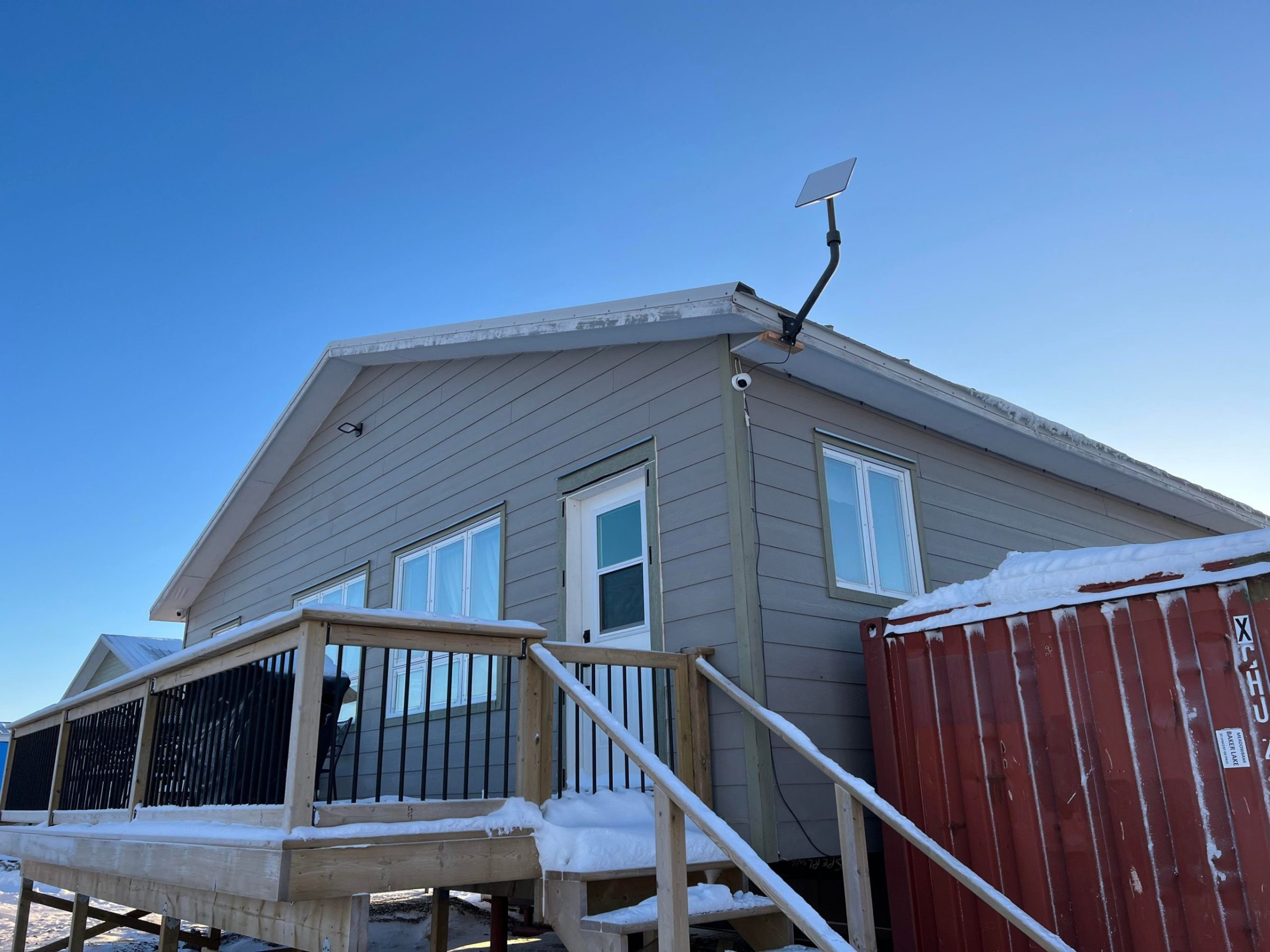 After pre-ordering Starlink in February 2021, Kevin Iksiktaaryuk received his satellite dish on Nov. 18.

Since then the Baker Lake resident has been accessing internet speeds up to 200 Mbps, which is more than eight times faster than the normal speeds in Nunavut.

Iksiktaaryuk is also the person who started Starlink Nunavut Facebook group. He says not all is perfect with the service across the territory. He and others who have posted to the Facebook group report internet outages that can last up to a minute, due to the lack of Starlink satellites in space that cover the North.

“That’s something I can live with for the next few months while [Starlink] gets more satellites up in space,” Iksiktaaryuk said.

Starlink announced at the end of October that its service would be available to order in the North.

The company uses low-orbit satellite technology to connect with dishes on the ground. The result is internet speeds up to 200 Mbps, almost anywhere in the world.

The faster speed comes with a price. Starlink charges $140 a month with a data cap of one terabyte, starting in December. Northwestel plans include $60 a month for 5 Mbps and a 90 gigabyte data cap or $110 a month for 15 Mbps and 200 gigabytes of data.

Iqaluit resident Paul Crowley also received his Starlink dish recently. While his internet speeds have been faster than before, he also reported internet outages that last up to a minute.

Faster internet has meant quick downloading, he said. But sporadic outages have meant he cannot rely on Starlink for joining video-calls while working from home.

Iksiktaaryuk said, for the most part, he and his family are able to do more than with his previous internet carrier. He added that he, his wife and his children have all been able to use the internet at the same time and it has not been an issue.

“It’s not even a worry anymore,” he said.

Crowley said he has been told that positioning the dish can help with connectivity, so he plans to push his higher up on his home. He added that when he looks outside he sees that most of his neighbours also have Starlink dishes now.

Now that all those dishes are installed across Nunavut, this winter will be a test of their hardiness.

When speaking with Nunatsiaq News Monday, Iksiktaaryuk said it was -29 C in Baker Lake without the windchill, with 60 km/h wind gusts.

“Given how many blizzards Baker gets, I’ll be interested to see the performance,” Iksiktaaryuk said.

Because dishes need to be mounted outside a residence and be able to scan the sky for a satellite connection, the technology is more accessible to those who live in homes and have their own roofs, not those in apartments.

Nunavut Housing Corporation policy and programming director Eric Dorion said his organization has no official Starlink policy and the decision is made by each local housing authority. But he added that under Nunavut’s public tenancy agreement, any tenant would not be able to alter their building without the landlord’s consent for safety reasons.

“A tenant simply can’t start drilling holes in the walls and roof of a building to put in telecommunication hardware wirings,” Dorion said.

Doing so could result in electrical damage or leaks, he added.

Nunastar Properties Inc., one of the biggest real estate companies in the North, stated it is currently investigating whether it will allow residents to install Starlink in its buildings, as the wiring and density of its apartment complexes, as well as harsh weather conditions, pose safety concerns.

When asked about when more satellites will be launched in the North, as well as the satellites’ ability to withstand Arctic winters, the parent company of Starlink, Space X, did not respond.