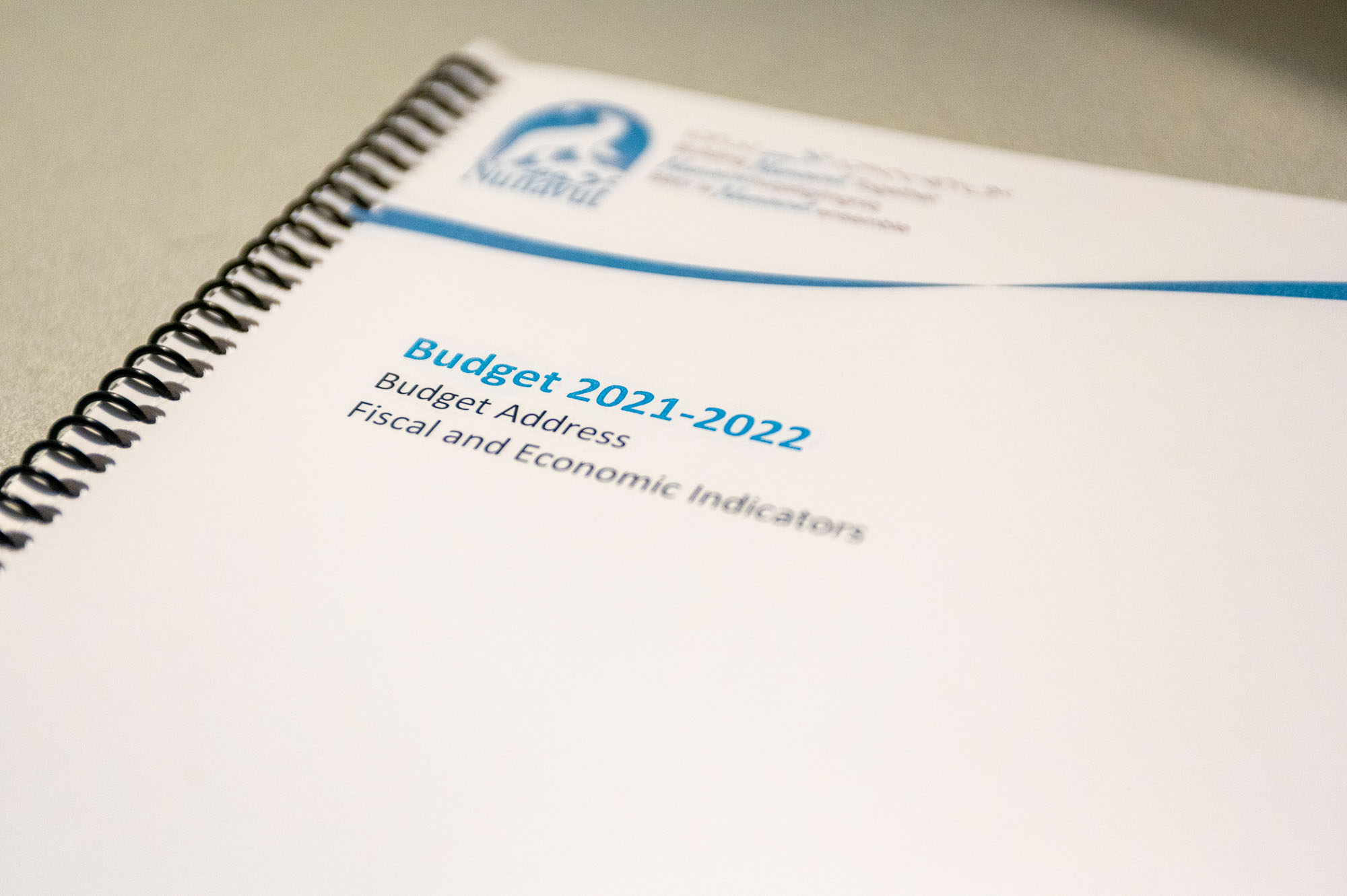 The Government of Nunavut’s proposed $2.32 billion 2021-22 operations budget was tabled in the assembly on Tuesday afternoon. (File photo)

The Government of Nunavut is proposing to bounce back from the COVID-19 pandemic by boosting spending on health, education and family services.

“Investing in our health is more important now than ever,” he said during his budget address.

“The pandemic highlighted the importance of having health and social services available in the territory and in our communities.”

Hickes proposes to spend $2.3 billion, which works out to roughly $2 million less than was proposed in the previous year’s budget.

Instead of spending more money, the budget shows a reinvestment of previously allocated funds. This is markedly different from the 2020-21 budget, when the Health Department saw significant increases.

The Department of Health’s proposed $471.1-million budget has increased by only half a per cent this year, but it will have roughly $20 million more to spend.

That’s because the federal government increased the amount it pays for medical travel and medevac flights for beneficiaries of its Non-Insured Health Benefits program in Nunavut. But that increase is only in effect until March 31.

The roughly $20 million that would have otherwise been used for travel and transportation will instead be used for a handful of new and expanded programs, including $1.2 million for a new colorectal cancer screening program, $4.5 million to improve health services such as enhanced security at health centres, and $405,000 to create four new positions at Iqaluit Health Services, including a CT scan technician.

Hickes acknowledged that work on a Nunavut-based addictions and trauma treatment centre is ongoing and will be finalized after the fall election. In the meantime, $10.6 million will be spent on renewing out-of-territory mental health and addictions treatment contracts, with another $3 million to be used to renew physicians contracts.

Hickes also spoke to the unpredictable nature of the COVID-19 pandemic, and how his budget proposes to address that.

“We are confident we can continue to manage this pandemic, but we need to back this confidence with adequate human and financial resources,” he said, before highlighting a $4.8-million proposal to formalize the existence of the government’s pandemic response secretariat, which is responsible for the overall response to the pandemic, including seeking federal funds, communication and business issues.

“This formally builds on the team we put in place this year and extends their work into 2021-22, helping ensure we maintain our dedicated team to tackle new pandemic threats that may arise.”

The proposed budget also features a $75-million contingency fund — an increase over the current budget of $50 million.

“We wanted to make sure that we did have an ability, without having to go into debt, to deal with COVID,” said Hickes during a budget lockup before the document was tabled.

“I don’t anticipate this will be an ongoing amount, I think it’s higher than it needs to be, but we also want to make sure, as this government, that we’re setting the 6th Assembly up in a comfortable place.”

The single largest departmental increase is for education, with its $244-million budget rising by roughly five per cent, or $11 million.

The bulk of those new funds, $8.7 million, will be used to hire 72 new educators. Another $2 million is being proposed to improve school bus services across Nunavut.

The budget also includes roughly $700,000 allocated towards establishing a degree program in social work at Nunavut Arctic College in partnership with Newfoundland and Labrador’s Memorial University.

Another large departmental increase is for family services, whose $161-million budget grows by $5 million. Of that, $2.7 million will support residential placements for youth with complex needs and another $600,000 will help with youth crisis initiatives across Nunavut.

The budget includes $1.3 million for additional funding to increase shelter capacity, with another $660,000 to boost the supplementary benefits program for low-income seniors.

Other budget highlights include:

The budget is now being reviewed and considered by the legislative assembly.