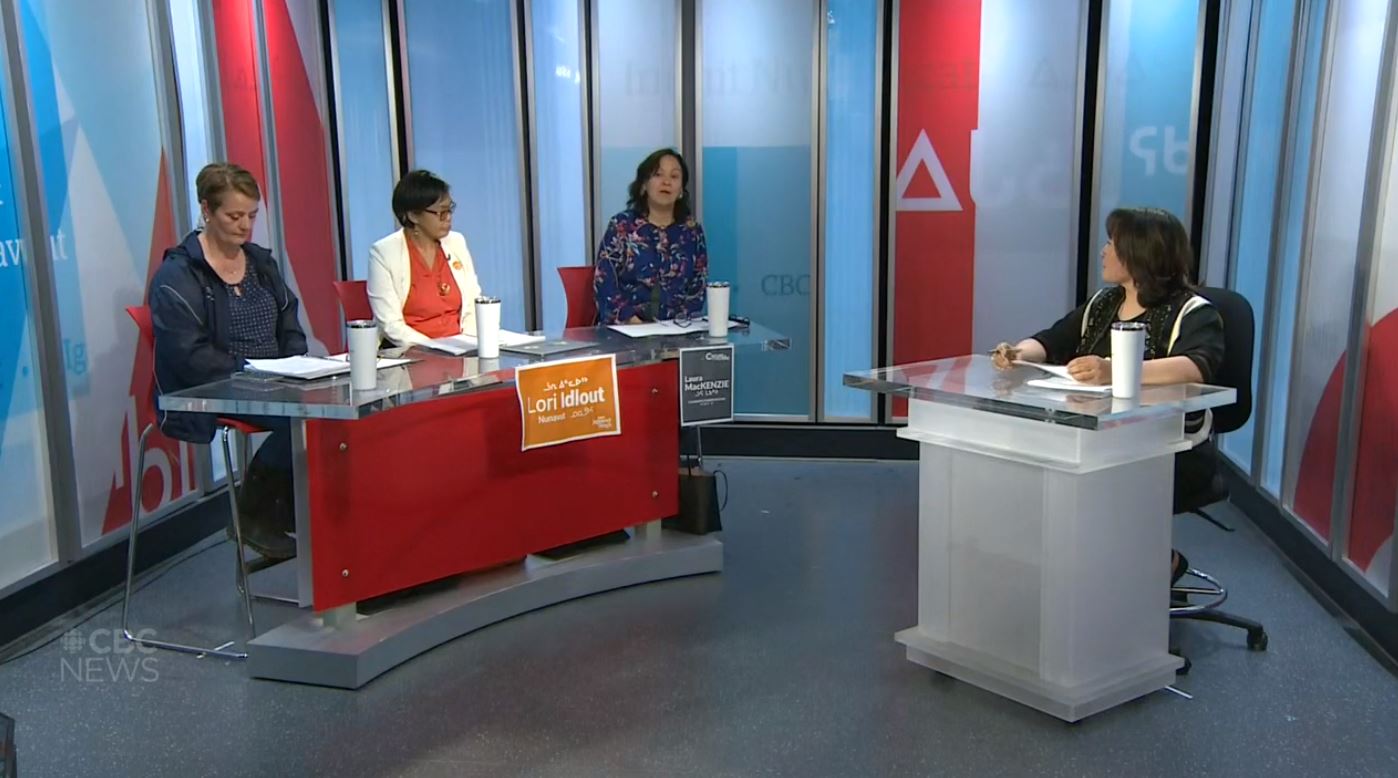 Nunavut’s three federal candidates discussed their proposals for housing, elder care and other topics in a debate hosted by CBC Nunavut on Thursday afternoon.

Moderator Myna Ishulutak opened up with the first few questions before the candidates answered questions directly from Nunavut voters.

Nunavut’s housing shortage was one of the most prominent topics discussed.

Liberal Pat Angnakak touted her party’s plan to build and revitalize 250,000 homes across Canada. She said that Inuit should have a say in what their communities need. She also emphasized the need to train Nunavut construction workers.

Conservative Laura MacKenzie said that Nunavut would benefit from her party’s promise to build one million homes in three years. She also recalled her own experience with housing insecurity.

“I know the struggles of not having a home,” MacKenzie said. “I think that one million is a good target for Canada, and many are required in Nunavut.”

NDP candidate Lori Idlout described her party’s plan to build 500,000 houses across Canada over 10 years. She also emphasized the importance of considering quality, environmental sustainability and elder care services in the construction of new housing.

Elder care was another major point of discussion. A voter in Rankin Inlet asked the candidates they would ensure elders can receive the care they need in their home communities so that they don’t have to travel south to receive it.

Idlout said there needs to be investments in senior living facilities, as well as training for people to take on positions as caregivers for elders. Angnakak responded by echoing the Liberals’ promise to commit $9 billion to elder services across Canada.

MacKenzie reiterated her party’s housing plan, saying that it would include elders.

“I, too, would not like to go to Ottawa when I become an elder,” she said.

One voter asked each of the candidates to share a “personal weakness” in representing Inuit and managing a crisis.

MacKenzie spoke of the challenge of “living in two worlds.” She said it’s important to allow people to celebrate their Inuk culture, while also working with the federal government to find solutions to the territory’s problems.

Idlout said she feels that she doesn’t do enough to help the people who support her. She also said that while pursuing a career as a lawyer, she lost the opportunity to learn how to sew and skin.

Angnakak said that she considers herself to be shy. However, she says that serving as an MLA in Nunavut has given her the courage to ask questions and serve her constituents.

Throughout the two-hour debate, candidates respected their time limits and refrained from interrupting each other. They also agreed a fair amount on issues such as vaccine requirements, mental health services and addressing food insecurity.

The federal election is on Monday, Sept. 20.