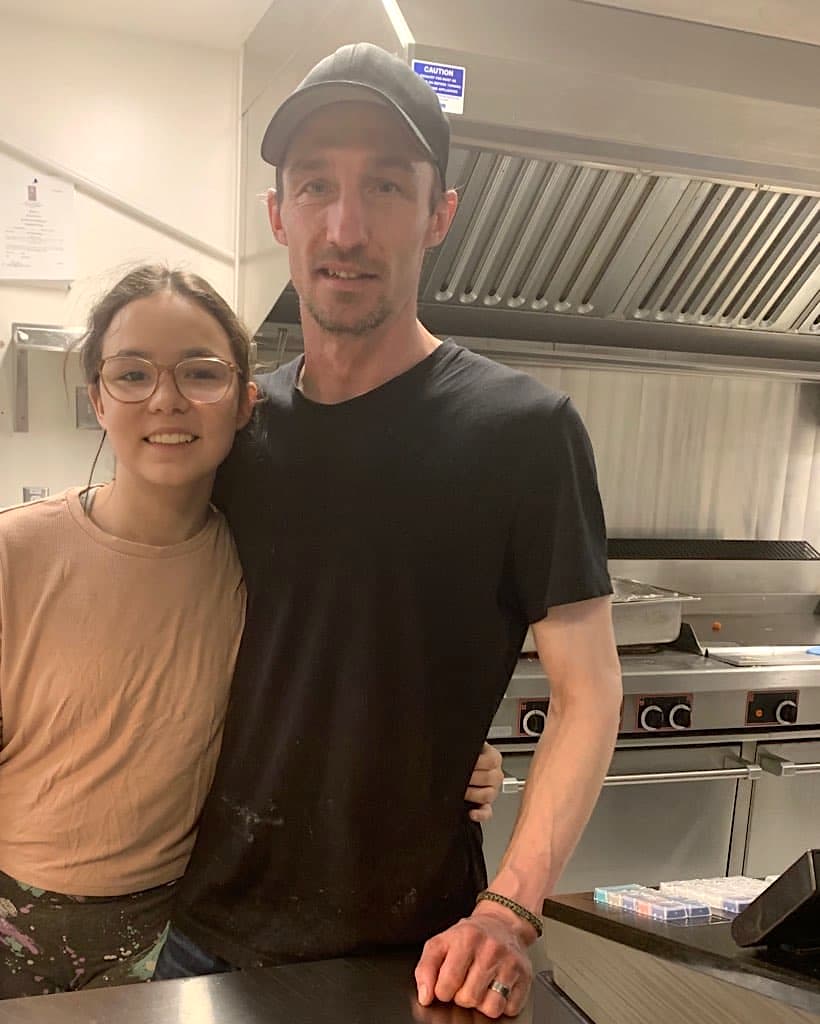 Chadd Burrill stands with his daughter, Destiny, in the kitchen of the Slap Shot Canteen in Rankin Inlet. Burrill has been producing pizzas, and even an Easter dinner, for residents in need, thanks to the generosity of donors. (Photo courtesy of Chadd Burrill)

“The gratitude in their eyes, you could just see it”

When people are holed up in their homes and worried about money and COVID-19, a good meal can go a long way.

That’s the philosophy of Chadd Burrill, who operates the Slap Shot Canteen in Rankin Inlet.

Nearly 40 residents were treated to a free Easter dinner of turkey, mashed potatoes, stuffing with gravy, carrots and biscuits thanks to the efforts of Burrill and Shawn Maley.

Burrill’s canteen is located in Rankin Inlet’s new arena—the one that has now been cleaned up to serve as a makeshift hospital if needed during the pandemic.

Maley, a former resident of the community of 3,000, who used to be Burrill’s boss at the Government of Nunavut, told Burrill that he wanted to make a $250 donation towards an Easter dinner.

“I said if you’re going to donate that, I am going to match that,” Burrill said.

The dinners, delivered on Easter Sunday to people in need, were presented in gold-coloured paper bowls.

The food, like all the canteen’s food, was freshly made, Burrill said, because people deserve to eat “good honest food.”

As for the Easter diners, “the gratitude in their eyes, you could just see it,” he said.

Burrill’s 11-year-old daughter Destiny, who he calls his “anchor,” made muffins and cookies for the Easter dinner. 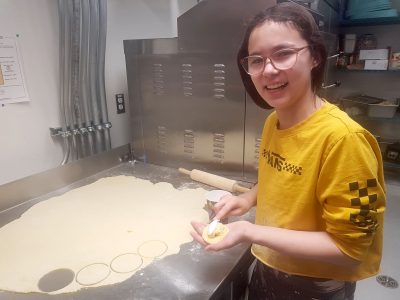 Destiny Burrill makes cookies at the Slap Shot Canteen for the Easter dinner that was donated to nearly 40 people in Rankin Inlet. (Photo courtesy of Chadd Burrill)

Easter dinner wasn’t the first time that Burrill has stepped up with food for the hungry since the COVID-19 pandemic started.

Later, an anonymous donation for $250 led to a giveaway of 13 more pizzas. 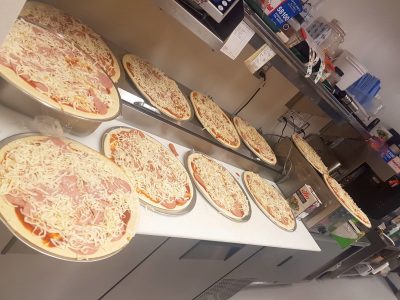 Some of the many pizzas that have gone out to hungry people in Rankin Inlet. (Photo courtesy of Chadd Burrill)

And another donor contributed money for 10 more pizzas.

The pizzas are a welcome comfort.

“In general there are a lot of people who are in need. It’s always been that way,” said Burrill, who has made Rankin Inlet his home for 20 years.

“I know what it’s like to be hungry, too, so I think that has helped me.”

Burrill said helping others is something that he’s always wanted to do.

The Slap Shot Canteen had only been open for three months when the pandemic changed Burrill’s business.

Burrill had expected to be busy, but in March all arena events were cancelled.

By then, Burrill had already invested thousands of dollars in food for his regular menu, which includes pizza, homemade fries, chicken fingers and burgers, as well as daily specials.

After he won the tender for the canteen, he took a leave of absence from the GN. Now, unable to afford more employees, he’s juggling work at the canteen with the GN job.

But it’s not hard, he said, “it’s a blessing and an honour to be accepted in this community.”

If you want to make a donation to bring more pizzas to Rankin Inlet residents in need, you can reach Burrill at the canteen at 1-867-645-4400.