‘We’ve been looking at the markets around the world,’ says manager of Sanikiluaq Hunters and Trappers Organization 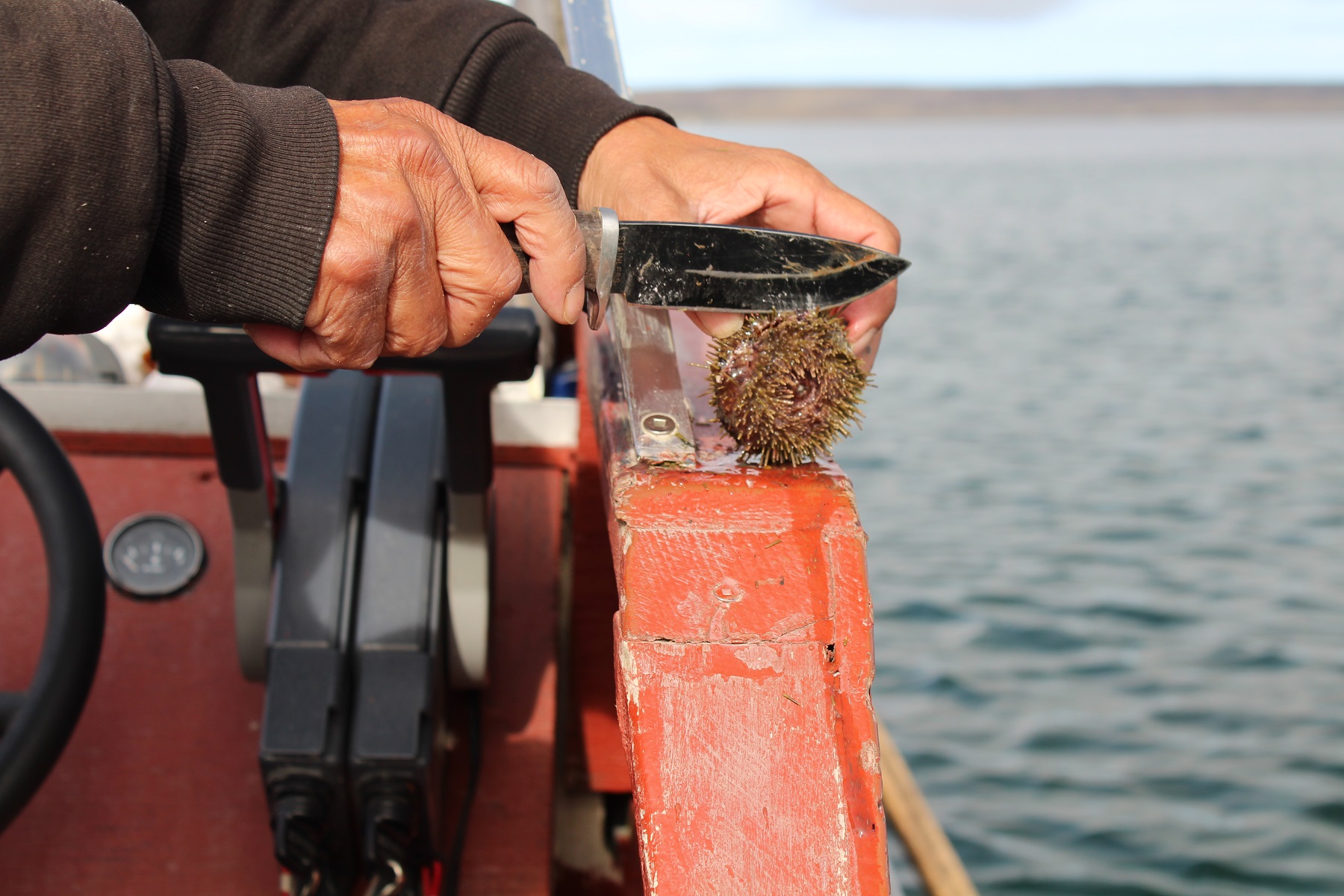 Sanikiluaq harvester Lucassie Arragutainaq cuts into a sea urchin harvested around the Belcher Islands in fall 2019, one product the Nunavut community is exploring as a potential commercial fishery. (Photo by Doug Chiasson/WWF) 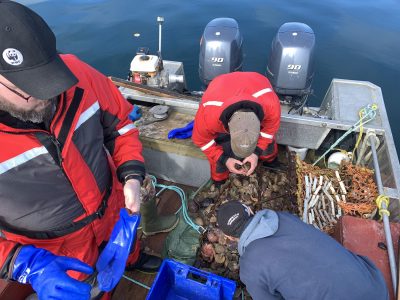 A small, shelled and tasty treat lies deep in the waters around the Belcher Islands.

For years, Inuit in Sanikiluaq have harvested Icelandic scallops from the region’s sea bed, named for a neighbouring island nation that sits roughly along the same parallel.

Today, harvesters use small boats, ropes, buckets and a line hauler to pull the shelled creatures to the surface from about 100 feet below.

But the Nunavut community is hoping to make its scallop harvest a little more accessible and profitable.

In the 1980s, Sanikiluaq hunters had been keen on starting a local shellfish fishery, though the project never took off.

Now, the community is giving the project another go, with the support of World Wildlife Fund-Canada and a portion of $3.2 million in funding from the federal government.

“We’ve been working with WWF for the last five or six years on how the fishery might go in the way that Inuit used to harvest sustainably,” said Lucassie Arragutainaq, manager of the Sanikiluaq Hunters and Trappers Organization.

Local harvesters wanted to look at wildlife that is both plentiful and in demand in places outside of Nunavut.

“First we were thinking about char and duck, but scallops is something new,” he said.

“We’ve been looking at the markets around the world.”

As part of Sanikiluaq’s small-scale, exploratory fishery, local harvesters are also studying the availability of local sea cucumber and sea urchin as a potential commercial harvest for a southern or international market.

With interest and support from partners like WWF and the territorial and federal governments, Arragutainaq said the community will eventually be able to invest in infrastructure to realize a local fishery, including a dedicated fishing vessel, a processing plant and a new community freezer for storage.

Two other Nunavut communities are also exploring their own local fisheries: Kinngait is studying the commercial harvest of crab and shrimp around the Baffin community, while Arviat is looking at inland freshwater whitefish.

“We’re able to draw on the great amount of knowledge harvesters have of the marine environment,” he said.

“First and foremost, we want to make sure these populations can sustain a commercial harvest. But we’re also interested in the economic part.”

Between Sanikiluaq, Arviat and Kinngait, there are an estimated 35 jobs to be filled, once the fisheries go into operation.

Chiasson hopes to be able to help navigate some of the administrative challenges, such as helping communities get regulatory approvals through the Canadian Food Inspection Agency so they can sell their products outside the territory.

WWF-Canada is also co-ordinating some of the fisheries’ sampling and research with biologists at Memorial University and the Université du Québec à Rimouski.

COVID-19 restrictions have delayed some of that research, though communities hope to be able to use their federal funding this summer.

In Sanikiluaq, the next step will be taking underwater video to gauge population estimates of the species the community hopes to harvest.

“We’re going to start small, and gradually build it up,” Arragutainaq said. “It’s not going to happen tomorrow.”