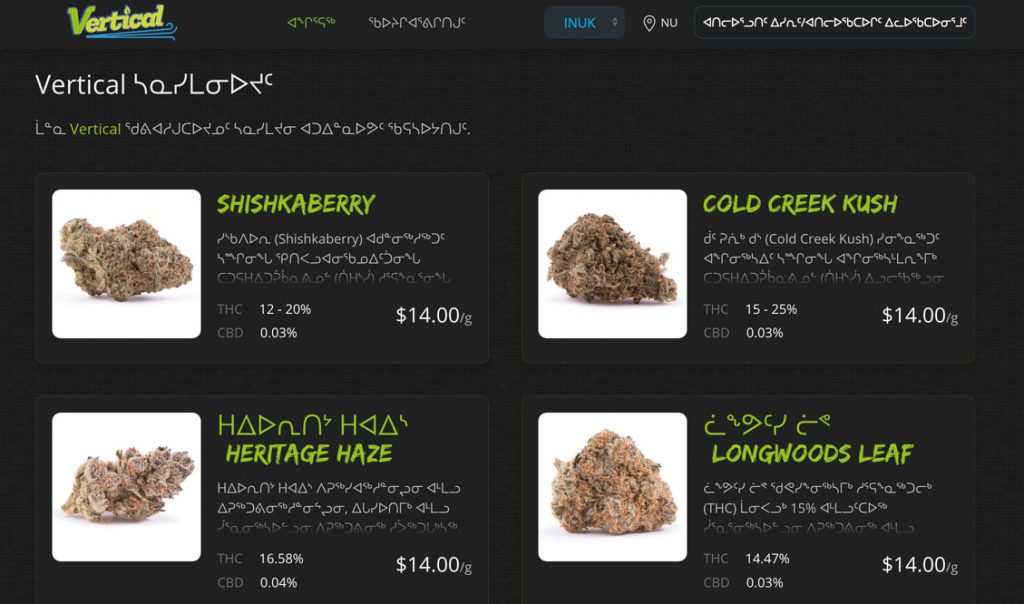 Here’s a screenshot from Vertical, an online cannabis store owned by Agmedica Bioscience Inc. of Chatham, Ont., which is licensed to sell legal cannabis products to Nunavummiut. (Screen shot)

The Government of Nunavut and the Nunavut Liquor and Cannabis Commission have taken steps to expand the range of legal cannabis products available to Nunavut residents and reduce prices, the GN said this week in a public service announcement.

“The NULC has worked with its agents to expand the selection of products available for sale. Effective July 2019, the NULC has also reduced its retail mark-up on cannabis products to $1 per gram,” the announcement said.

(Although the initials don’t line up, “NULC” is the GN abbreviation for Nunavut Liquor and Cannabis Commission.)

The sale and possession of cannabis products has been legal in Canada since Oct. 17, 2018.

All other forms of cannabis produced outside the licensing system are illegal.

To that end the GN is reminding Nunavummiut that they may only buy cannabis legally from licensed agents of the NULC.

Also, it’s still illegal to order cannabis through the mail from anyone who’s not an agent of the NULC.

And edible cannabis products are still illegal in Canada, the GN says. They’ll remain illegal until after the federal government figures out how to regulate edibles, such as gummy bears and brownies

That means Nunavut residents may buy cannabis legally only through one of two online stores. 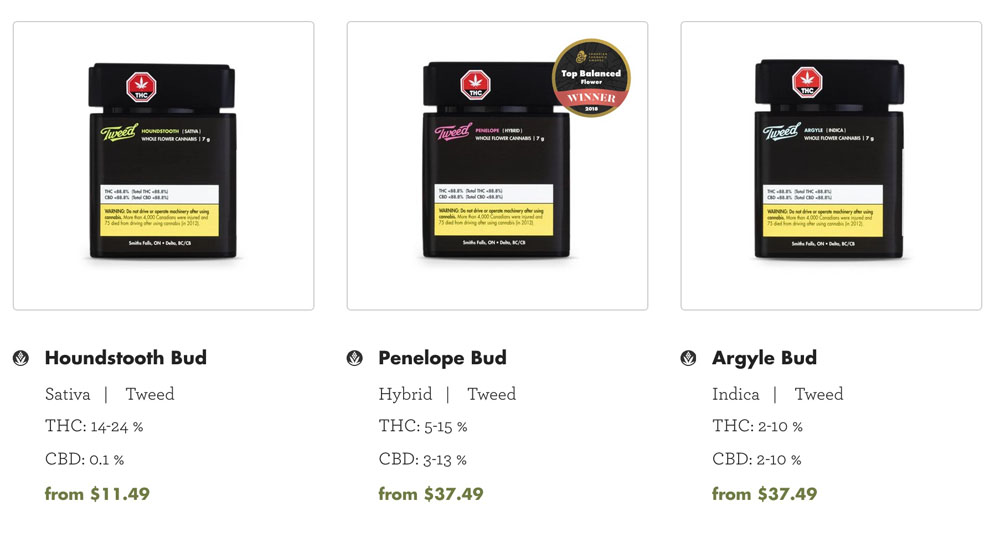 The first one to go into business for Nunavut was the Tweed store, owned by Canopy Growth Corp. of Smith’s Falls, Ont.

The other is an online store called Vertical, owned by Agmedica Bioscience Inc. of Chatham, Ont.

The GN plans to license the in-person retail sale of cannabis sometime in the future, but the Department of Finance is still working out regulations that would govern how that would work.