“We’re doing this for Mary” 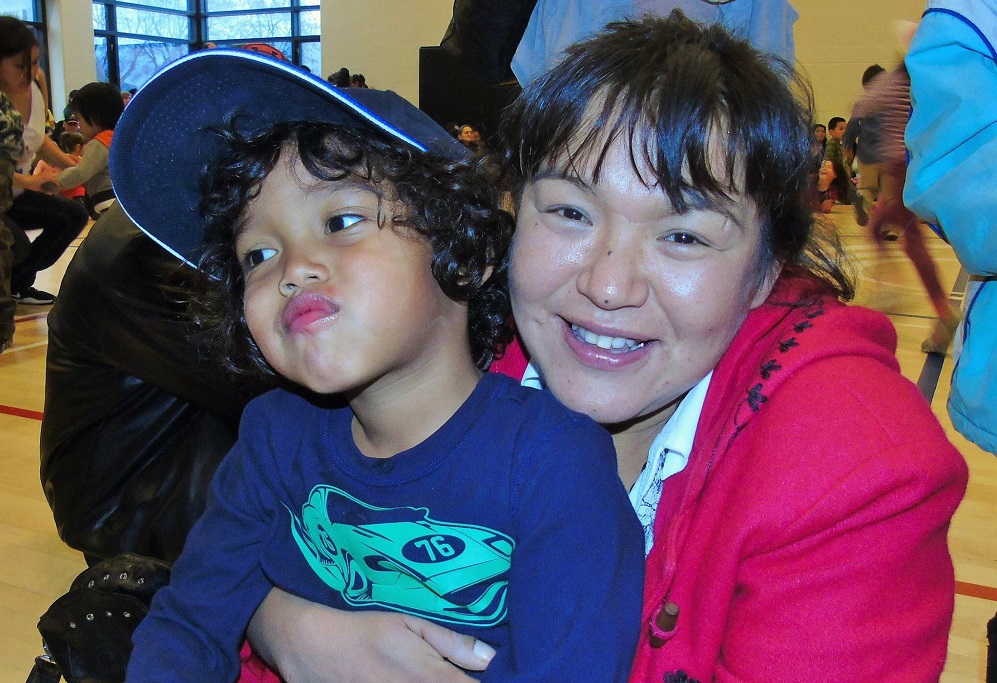 Mary Papatsie, who would now be 41, went missing in Ottawa in the spring of 2017. She’s pictured here with one of her sons, Sila, who was adopted into another family at birth. (Photos courtesy of Papatsie family) 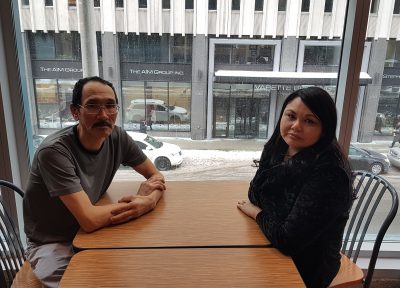 Tommy Papatsie, Mary’s brother, on the left, and her niece Tracy Sarazin have launched a fundraiser to bring family from Nunavut to Ottawa for a memorial for the missing woman. (Photo by Sarah Rogers)

OTTAWA—What do you do when a loved one has been missing for almost two years?

For one Nunavut family and their extended network, it’s time to grieve the loss and honour the life of Mary Papatsie.

Papatsie, who grew up in Pangnirtung, had called Ottawa home for over a decade when, in 2017, she went missing.

The 39-year-old mother of 10 children had an apartment in Ottawa’s Hintonburg neighbourhood, but spent most of her time in Vanier, along Montreal Rd.

That’s where she was last spotted by a cousin in May 2017.

By July, Ottawa police had turned the investigation over to its major crimes unit, noting some “red flags” had come up in their investigation.

But since then, the Papatsie family has heard little from police. There have been no sightings of the woman or possible suspects identified in connection to her disappearance.

The family has felt frustrated and left in the dark—once the Ottawa police arranged a meeting with family to update them on the file, but then cancelled.

“We’re at the stage now where we want to hold a memorial,” said her brother Tommy Papatsie, who recently relocated to Ottawa from Pangnirtung. “We’re ready to let her go now.”

“We’re doing this for Mary. We want closure—and we’re asking for help.”

Family members have set up a fundraiser on Facebook; they are hoping to raise $20,000 to bring Papatsie’s family members from Nunavut to Ottawa for a memorial service they plan to organize in the spring.

The last time Papatsie saw his sister was in 2012, when he visited Ottawa. Mary was pregnant with her 10th child at the time, a son, who has been adopted, as have six of his siblings. Three others live with their father.

Mary was an easy person to love, Tommy said.

Family members say they simply don’t know what happened to the woman, who would be 41 now.

They say Mary wasn’t dating anyone or spending time with a certain group at the time she went missing, though she spent a lot of time on the streets.

There are many questions that may never be answered, said her niece, Tracy Sarazin, who is helping to coordinate the memorial.

“So this is a chance for the family members to gather and grieve her,” Sarazin said. “It’s been so long.”

In addition to a gathering and service for Papatsie, the family wants to create a physical memorial for the woman somewhere in Ottawa.

Sarazin suggested perhaps the family could place an inuksuk for Mary somewhere in the city.

She’s applied for help from a handful of Inuit organizations in the Ottawa area as well.

A new $10-million federal fund announced last week allows Indigenous organizations to apply to the Commemoration Fund for Missing and Murdered Indigenous Women and Girls for money for commemorative intiatives.

The fund was a recommendation the National Inquiry into Missing and Murdered Indigenous Women and Girls made in its interim report.

Sarazin thinks Ottawa could benefit from having a place where all missing or murdered Inuit women could be honoured.

“Somewhere where Inuit women could be remembered,” she said, “because Mary’s not the only one.”

You can donate to the Mary Papatsie memorial fund here.