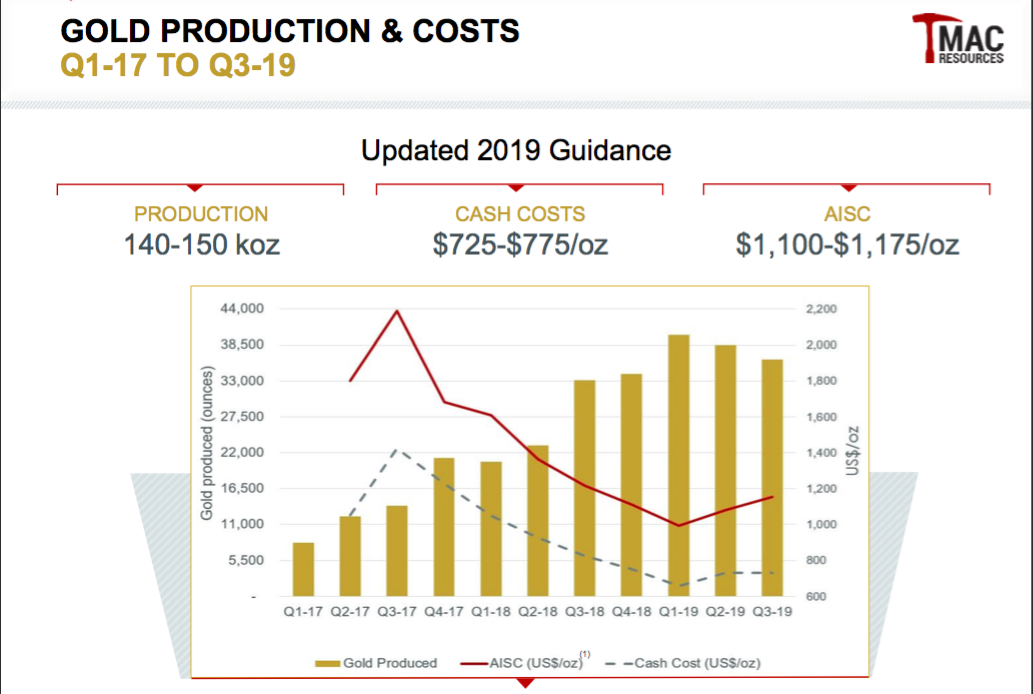 This chart from TMAC Resource Inc.’s Nov. 19 investor presentation shows how the company’s gold output has begun to decline this year, while its all-in sustaining cost to produce gold, represented by the red line, has grown. The gold miner operates in Nunavut’s Kitikmeot region. (Screen shot)

“I am very disappointed to not be able to meet initial annual production guidance, but not so much so that we are going to deviate from the prominence of safety in the mine,” said Jason Neal, the company’s president and CEO, in a recent news release on Oct. 31, announcing the company’s third-quarter financial results.

This reduced output will mean TMAC will be making less money, since its overhead for operating the mine remains the same.

As recently as Oct. 15, when TMAC issued a news release about its operating results, it had maintained that it could hit its production targets for the year.

“At the time of that release we believed this was within our capability,” said Neal.

Those plans were thrown out of whack, however, by challenging underground conditions at part of the mine, where “we have had to undertake significant rehabilitation work after initial development to re-establish a safe working environment,” he said.

It brought in gross revenues of $72.8 million. Its earnings before interest, tax, depreciation and amortization were $38 million. It turned a net profit of $8.4 million.