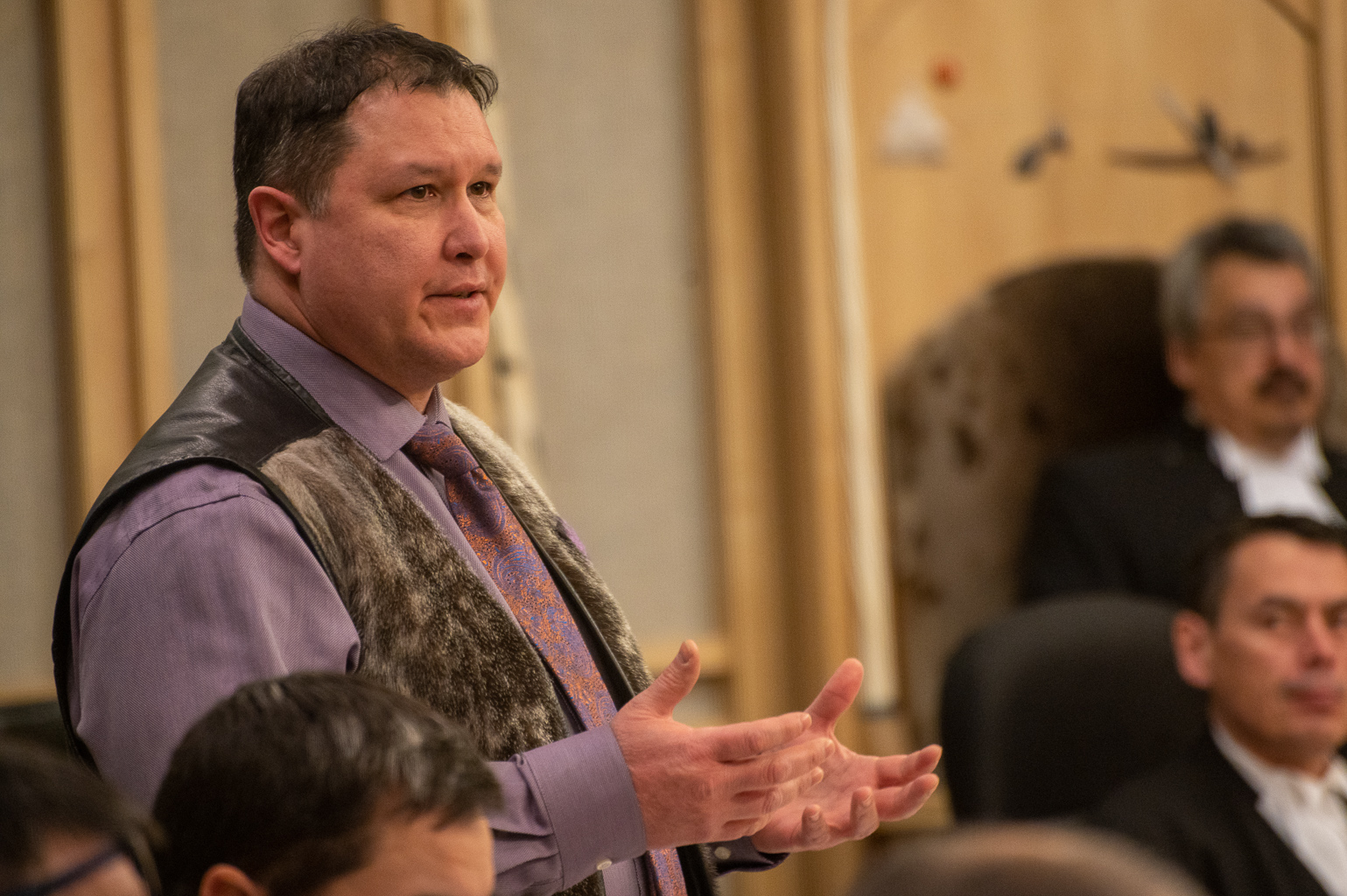 Justice Minister George Hickes, seen here in a file photo, announced June 9 that the Unlawful Property Forfeiture Act is now in effect. The law gives the government the power to obtain a warrant to seize property if it has evidence the property has been used for illegal activity. (File photo)

A law that gives the Nunavut government the power to seize property suspected of being used for illegal activity is now in effect.

Nunavut lawmakers passed the Unlawful Property Forfeiture Act in March 2017, but it wasn’t in effect until April 1 of this year. Justice Minister George Hickes announced its implementation June 2 in the legislative assembly.

The four-year turnaround allowed the government to hire a director of forfeiture, said Justice Department spokesperson Isabelle Gingras in an email to Nunatsiaq News.

The property forfeiture act allows the territorial government to get a court order to seize property if there is evidence it is being used for illegal activity.

Prior to the law, these seizures could only be made by RCMP if there was a criminal investigation.

Any profits derived from the territorial government seizures will go to community wellness initiatives, such as programs or compensation for victims of crime, Gingras said.

These sorts of laws are used across Canada, but have also been criticized as being a violation of civil rights. In Yukon, for example, about 500 people gathered in front of the territory’s legislative assembly in 2010 to protest a similar bill.

Gjoa Haven MLA Tony Akoak expressed support for the law on June 2, when asking questions to Hickes on how enforcement will work.

The RCMP will give cases to the Civil Forfeiture Office, Hickes said, adding the office will also rely on complaints and tips from community members.

A tip line for residents in smaller communities will be set up by the new director — lawyer and former RCMP officer David Lawson — Hickes said, although there is no timeline for when that will happen.

Until the tip line is set up, Hickes said, community members are still able to lodge complaints about crimes, including drug dealing and bootlegging, to RCMP.

“Community awareness is going to be a very important part of this office’s mandate,” he said.