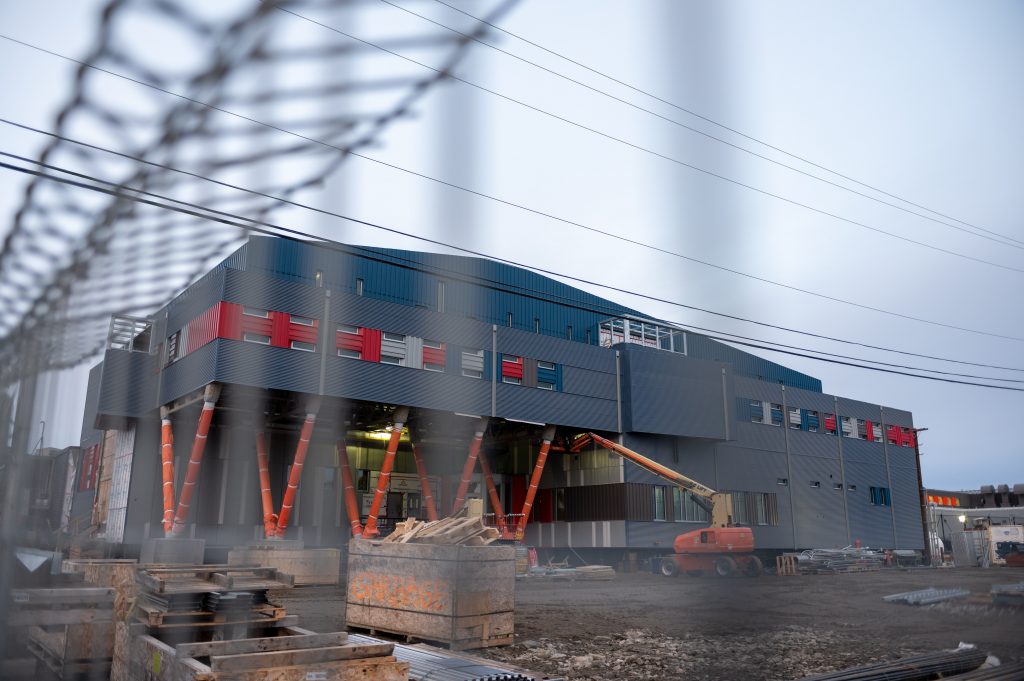 The Qikiqtani Correctional Healing Centre is one of more than 50 projects that has been under construction in Nunavut over the summer. Some Nunavut MLAs argue the cost of flying in a southern construction workforce is inflating the cost of the territory’s capital projects. (Photo by Dustin Patar)

Arviat North–Whale Cove MLA John Main says the Government of Nunavut should take some of the money it spends on isolating and flying in southern construction workers and instead use those funds to recruit more Nunavummiut into the industry.

As part of the debate about the territory’s latest supplementary appropriation act last week, MLAs were asked to approve a $25-million budget to cover the costs of isolation hubs for construction workers until the end of the year.

But Main and Iqaluit–Manirajak MLA Adam Arreak Lightstone both argued that the cost of the southern construction workforce is inflating the cost of Nunavut’s capital projects.

The request for $25 million is a significant ask, Main told the legislative assembly during committee of the whole on Sept. 23.

Main suggested that, at the cost of $14,000 per worker, the GN could instead spend $10,000 to recruit a single Nunavut-based worker.

Finance Minister George Hickes said the government encourages local employment on every project that goes out.

There have been an estimated 53 construction projects ongoing across the territory over the summer, and the government says many of those contracts have exceeded the minimum requirements under the government’s Nunavummi Nangminiqaqtunik Ikajuuti policy, which sets quotas for Inuit hires on any given project.

Hickes said that before the end of October, the government would be able to provide an overview of the different trades the southern workers who have been through isolation work in, in order to get a better sense of where Nunavut-based tradespeople could be recruited.

But regardless of the GN’s efforts, Hickes said in most cases, there is a greater urgency for projects to be completed.

“The cost of not building or the cost of holding up construction far exceeds even what we’re spending on these hubs,” Hickes said.

“There are numerous things that COVID has taught us, but one of the things that’s highlighted is what members are bringing up this week is it has really reinforced the lack of local labour and whether that’s an availability issue or if it’s a training issue.”

Community and Government Services Minister Lorne Kusugak said his department is working with Nunavut Arctic College’s trades programs to move more Nunavummiut into its programs and out into the territory’s workforce.

“We’re seeing a drastic increase in employable tradespeople,” Kusugak said. “I think that as we progress through this, we will see a decrease in tradespeople from the south.

“It can’t happen overnight, as we all know, but the goal is that at some point we will have very employable Inuit and majority-owned Inuit contractors and construction companies.”