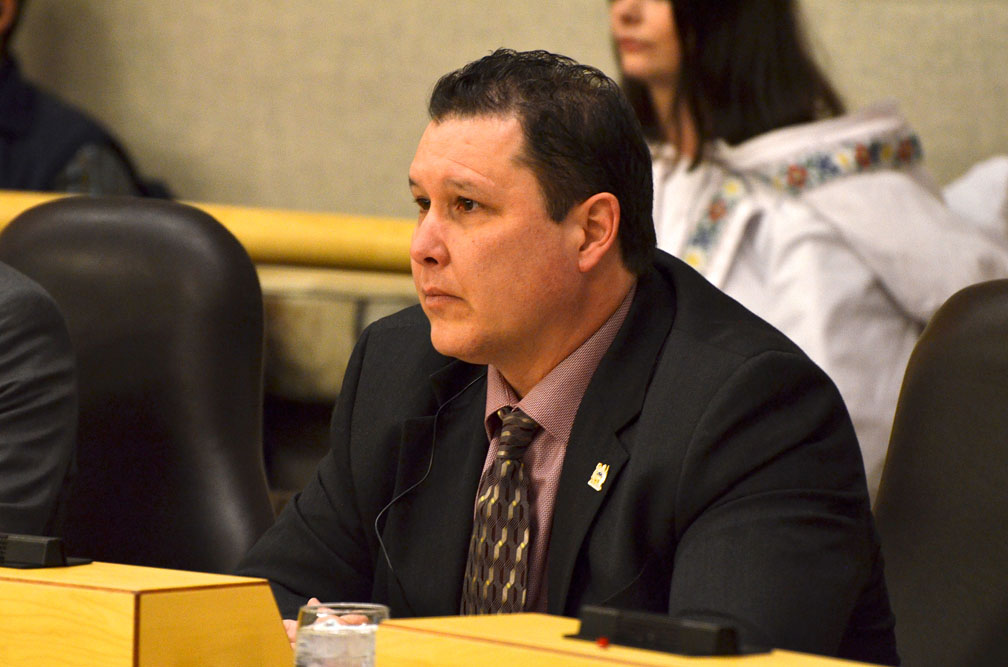 Finance Minister George Hickes said on Tuesday, May 28, that the GN will introduce a supplementary financial bill during this sitting to fund a carbon tax rebate program for Nunavummiut, as well as a bill that amends the Income Tax Act’s personal and corporate income tax provisions. (File photo)

Nunavut tax filers will get a rebate that will put federal carbon tax revenues back into their pockets, Finance Minister George Hickes said in the Nunavut legislature on May 28.

That makes Nunavut the last jurisdiction to announce how it will use revenues raised by the imposition of the federal government’s backstop carbon tax, which kicks in on July 1.

The federal government is imposing it because Nunavut has not developed its own system for pricing the greenhouse gas emissions that cause global warming.

But at the same time, Ottawa has promised to return all carbon tax revenues to Nunavut.

Diesel used by the Qulliq Energy Corp.’s power plants and fuel used by airlines flying within Nunavut are exempted. The tax will be imposed on all other fuels.

Hickes, in a minister’s statement, said the Government of Nunavut will respond to the impending carbon tax through two measures:

• Introduce a supplementary financial bill during this sitting to fund a carbon tax rebate program for Nunavummiut.

• Introduce a bill during this sitting that amends the Income Tax Act’s personal and corporate income tax provisions to help mitigate the impact of the federal carbon tax.

“Both of these initiatives will put money back into the hands of Nunavummiut,” Hickes said.

In addition, Hickes said that, starting in 2020-21, the GN will introduce “further options” to flow carbon tax revenue into the Nunavut economy, as revenue from the carbon tax increases.

Hickes provided no other details on how the GN’s rebate and other proposed tax measures would work.

In the first year of the backstop carbon tax, the GN is expected to rake in an estimated $15 million, while the tax will extract an extra $3 million from the pockets of Nunavummiut, a report prepared for the GN found last year.

Once implemented, the new tax is estimated to cost Nunavut households about $3 million in the first year and up to $11 million a year by 2022.

For individual households, the financial impact in the first year of the carbon tax is estimated to be the following:

Those figures will likely keep rising until 2022, when the carbon tax, now at $20 per tonne of carbon dioxide emissions, peaks at $50 per tonne.

The federal government’s backstop carbon tax applies only to provinces and territories that have not imposed their own price on greenhouse gas emissions, through either a carbon tax or a cap-and-trade system.

Elsewhere in the country, in jurisdictions like Ontario, Manitoba, Saskatchewan and New Brunswick, whose governments have refused to impose a carbon tax, the federal government is offering tax filers a rebate that it calls a “climate action incentive payment.”

To claim it, people filing taxes in those provinces must fill out line 449 of their income tax return.

But in Nunavut, Ottawa is not giving the money back to individuals who file tax returns.

Instead, they’re giving the money back to the Government of Nunavut.

“I want to emphasize that the Government of Nunavut, while recognizing the very real need to combat climate change, is working to lower the impact of the carbon tax on Nunavummiut,” Hickes said.

Senator Dennis Patterson said earlier this month that he believes Nunavut homeowners and hunters should be exempt from the carbon tax.