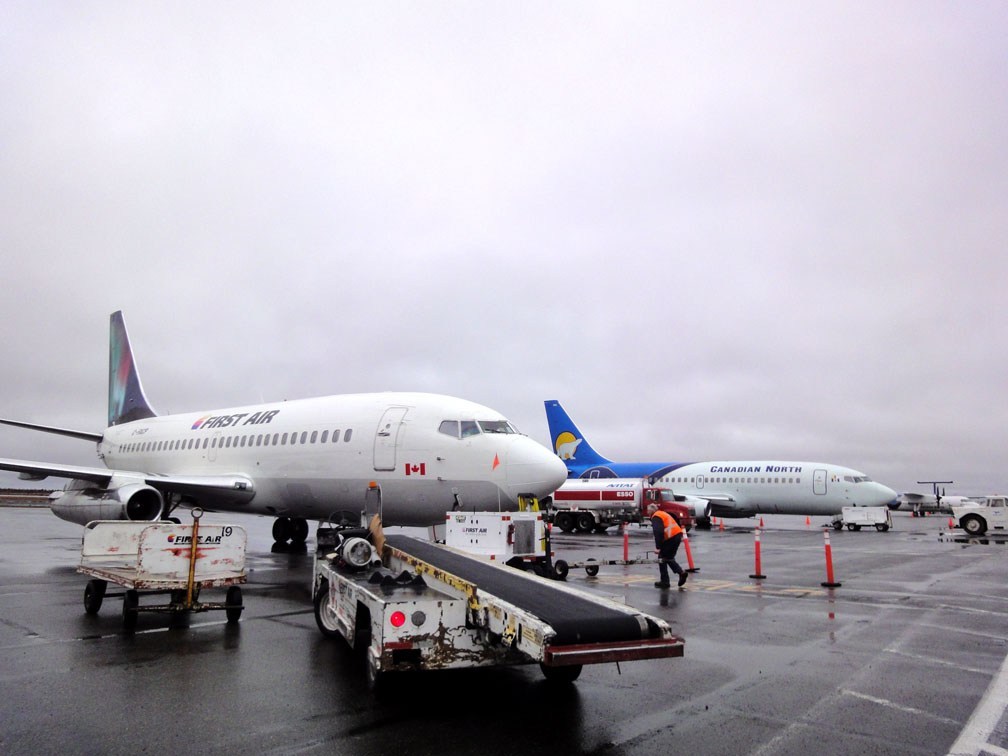 The Government of Nunavut is looking for more airlines to operate in the territory. (File photo)

The Government of Nunavut wants to use its next medical and duty travel contracts to find more airlines capable of offering more affordable scheduled air services in the territory.

A request for proposals issued by the Government of Nunavut on Jan. 11 calls on airlines to bid on government-arranged travel, such as medical travel for patients and duty travel for GN employees.

Contracts could also include air freight.

Until now, the GN has divided up its medical and duty travel business among three regions. But this time companies will have until a closing date of March 15 to bid on up to seven routes, or any combination of those seven routes.

The seven routes are the following:

That means, for instance, that a company could bid only the route between Ottawa and Iqaluit, without having to offer flights elsewhere in Nunavut.

There are also new proposed routes between Rankin Inlet and Winnipeg, and between Iqaluit, Rankin Inlet, Yellowknife, and Edmonton.

“The Government of Nunavut wishes to improve access to affordable scheduled airline services throughout Nunavut and in particular, points between Nunavut communities,” the request for proposals states.

“Proponent should clearly indicate how its proposal would contribute to improving access to affordable scheduled airline services throughout Nunavut.”

As things stand, Nunavut is set to soon see less airline competition. First Air and Canadian North are expecting to finalize an airline merger as soon as this spring.

Medical travel contracts would require airlines to serve communities three trips a week, and a weekend flight for some routes. The territory spent more than $60 million on medical travel in 2017-2018.

The GN is the largest contractor for airline services in the territory, and also spends around $15 million on duty travel each year.

New contracts would be for three-year periods, with the option to renew those contracts twice, first for two years and then for one year.

The GN expects any new contracts to come into effect by January 2020.

The GN will hold a meeting Feb. 8 for interested contenders.

Contractors are expected to offer training and create work opportunities for Inuit.