31 Pangnirtung residents have been diagnosed with active tuberculosis since January 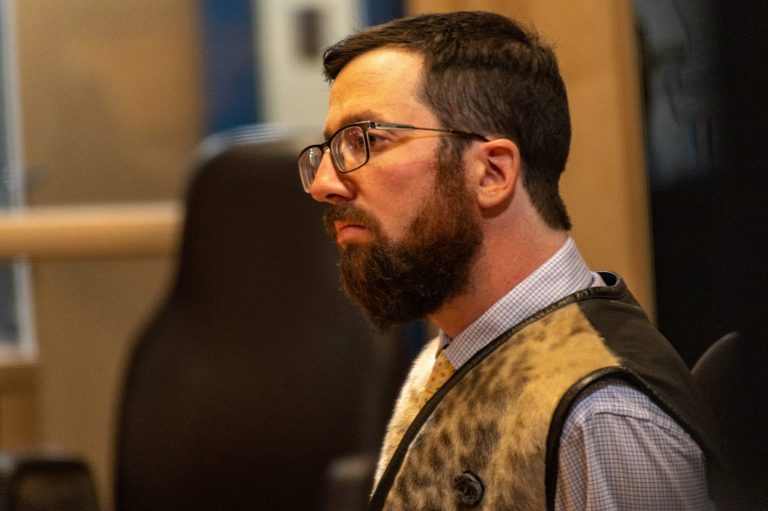 Health Minister John Main says the 31 diagnosed cases of active tuberculosis since January is an improvement after an outbreak was declared in Pangnirtung in November. (File photo by Dustin Patar)

Nunavut’s Department of Health says it will report case numbers for the ongoing tuberculosis outbreak in Pangnirtung every three months.

Minister of Health John Main made the commitment in a statement in the legislature Tuesday.

“Containing a TB outbreak takes a sustained effort spread over many months,” he said.

“Ensuring the community is kept informed of what is happening during this extended period is one of our priorities.”

In late May, the Globe and Mail reported community leaders in Pangnirtung were expressing frustration at the lack of information the Nunavut Health Department has made available to them about the size of the outbreak.

That was around the time the Health Department acknowledged the outbreak, which was declared on Nov. 26, was still ongoing six months later.

Main said there has been an improvement in the number of new cases and a flattening of the curve since then.

He also acknowledged that questions have been asked about why his department did not declare a tuberculosis outbreak in Pangnirtung sooner.

Main said that after reviewing the information, he is “confident” an outbreak was declared only when there was a risk to the whole community.

When asked by Nunatsiaq News what qualifies as the right time to declare an outbreak, Main said it is not a political decision.

It is determined based on epidemiology and the decision is made by chief public health officer Dr. Michael Patterson, he said.

In his minister’s statement, Main also said the GN has a two-year agreement with Health Canada that will provide $1.3 million annually to fight the spread of tuberculosis in Nunavut through data reporting, improved surveillance and added training and research.

Tuberculosis is a bacterial infection that usually affects the lungs. It spreads through droplets caused by sneezing or coughing, and without treatment it can be serious.

A March 2018, report by the Public Health Agency of Canada indicated tuberculosis rates are close to 300 times higher among Inuit than for the Canadian-born, non-Indigenous population.