“These are different times, we have to continue to make these sacrifices” 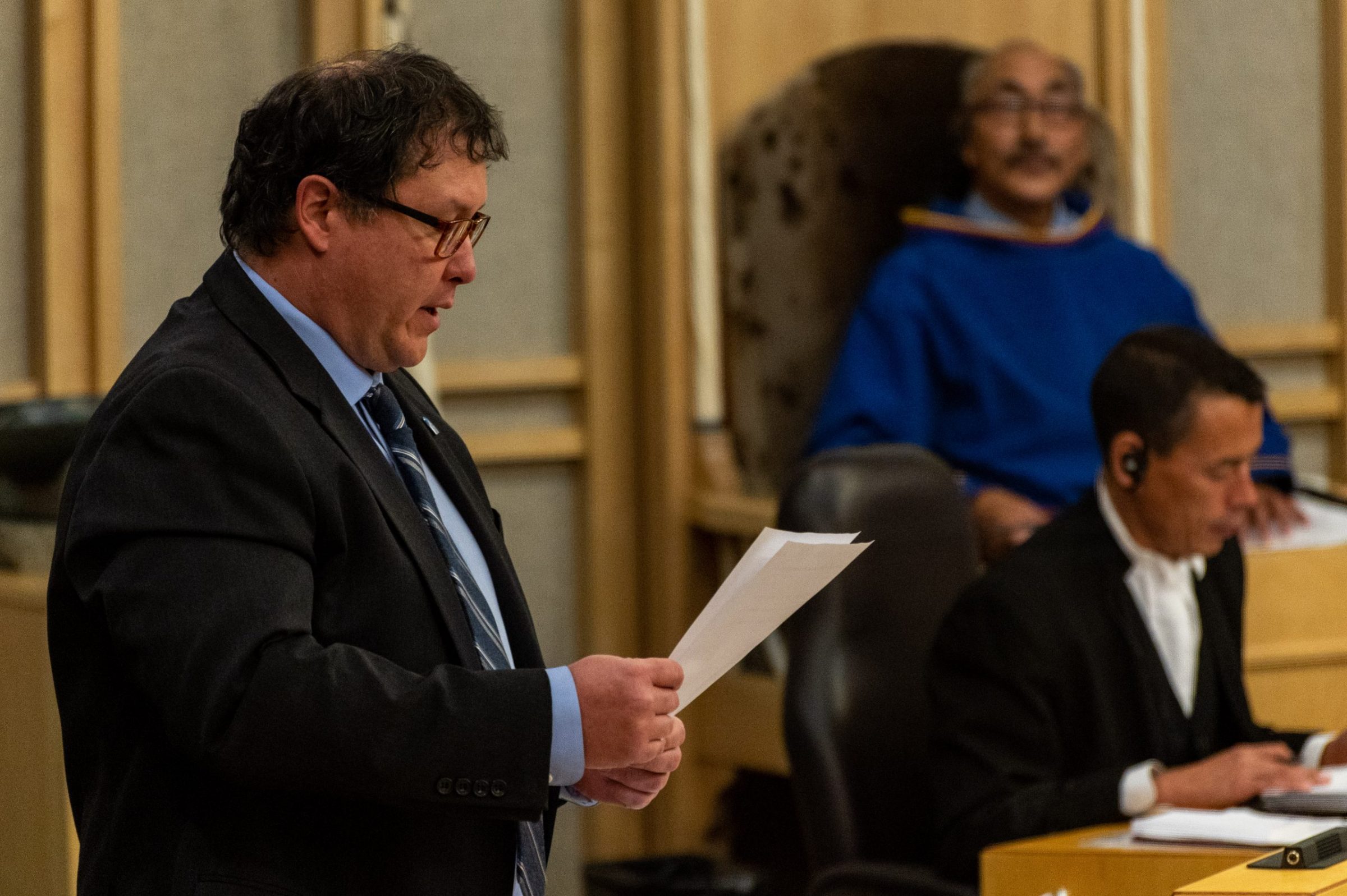 Nunavut Health Minister George Hickes says his department is anticipating a surge in guests at the government’s isolation hubs following the winter holidays. Just how big that surge will be depends on how many residents choose to travel south for non-essential reasons. (Photo by Dustin Patar)

Following lengthy discussions regarding the special warrants that helped pay for pandemic-related items like airline travel and isolation hubs, which will last until Dec. 31, John Main, MLA for Arviat North-Whale Cove, asked in the legislative assembly on Friday, Sept. 25, what the expected demand for the hubs would be in the future, particularly in January, as holiday travellers seek to return to the territory.

“We do anticipate that there will be another surge at Christmas time,” said Hickes.

How big that surge will be and what it will look like is just a guess, says Hickes, saying that it will be up to the general population.

“But I’m really hoping that people will practise their own due diligence and restrict any non-essential travel.”

Main responded by suggesting that the Government of Nunavut could look at creating an incentive program for people to travel within the territory as opposed to leaving.

The issue of future pandemic-related expenses was also raised by Cathy Towtongie, MLA for Rankin Inlet North–Chesterfield Inlet, in the legislature on Thursday, Sept. 24.

“Looking at the south, there is a second wave occurring and we don’t have an idea when COVID-19 will end,” she said.

“Should we expect another 10 special warrants for the next year?”

Hickes said that he hopes not.

“We do have the fall sitting coming up and then the winter sitting where hopefully we would be able to address any future expenses related to COVID-19 in the house here and debate it appropriately,” he said.

“But if necessary and forced to, then we would.”

As the members have debated all three supplementary appropriation bills throughout the week, some MLAs have raised concerns about the large sums of money spent by the territorial government on supporting airlines and operating isolation hubs. But they’ve also said they understood what is at stake.

“When we look at our fellow Nunavummiut, we have to see them as our priority,” said Main, through interpretation.

“Even though it’s going to be a difficult challenge for our budgets, it’s OK because a human is worth more than money.”

It’s a sentiment Hickes agreed with, and one that he said he hopes prospective winter travellers will consider when making their holiday arrangements.

“These are different times, we have to continue to make these sacrifices,” he said.

“Not only for our own individual well-being, but for our entire community and territory.”