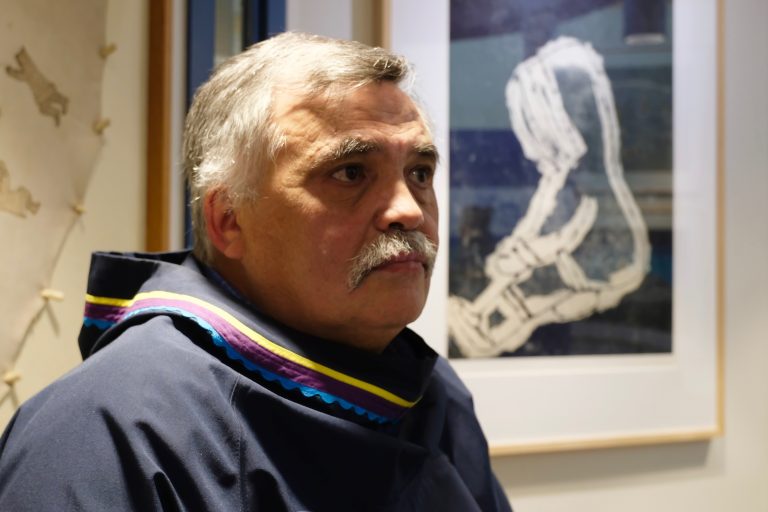 Lorne Kusugak, the minister responsible for the Nunavut Housing Corp., says people who find mould in their homes should contact their local housing corp. office right away. (Photo by Mélanie Ritchot)

The Government of Nunavut is planning to tackle mould problems in 52 housing units across 11 communities over the next fiscal year.

Lorne Kusugak, the minister responsible for the Nunavut Housing Corporation, made the announcement Thursday in the legislature.

“This is the largest number of units that we have done in a single year since we began these extensive remediation efforts in 2016,” he said.

He added that 152 units have been cleaned in 14 communities since 2016 and this year’s project will represent a 33 per cent increase on the amount of remediated units.

Mould has long been a problem in the housing corporation’s stock of units. In summer 2020, former Nunavut MP Mumilaaq Qaqqaq toured housing across the territory in an effort to raise awareness of the issue.

While the GN has committed to the mould cleanup, Kusugak emphasized that preventing mould from growing is the cheapest and best method of ensuring it doesn’t become a problem. He added anyone who sees mould should call their local housing organization.