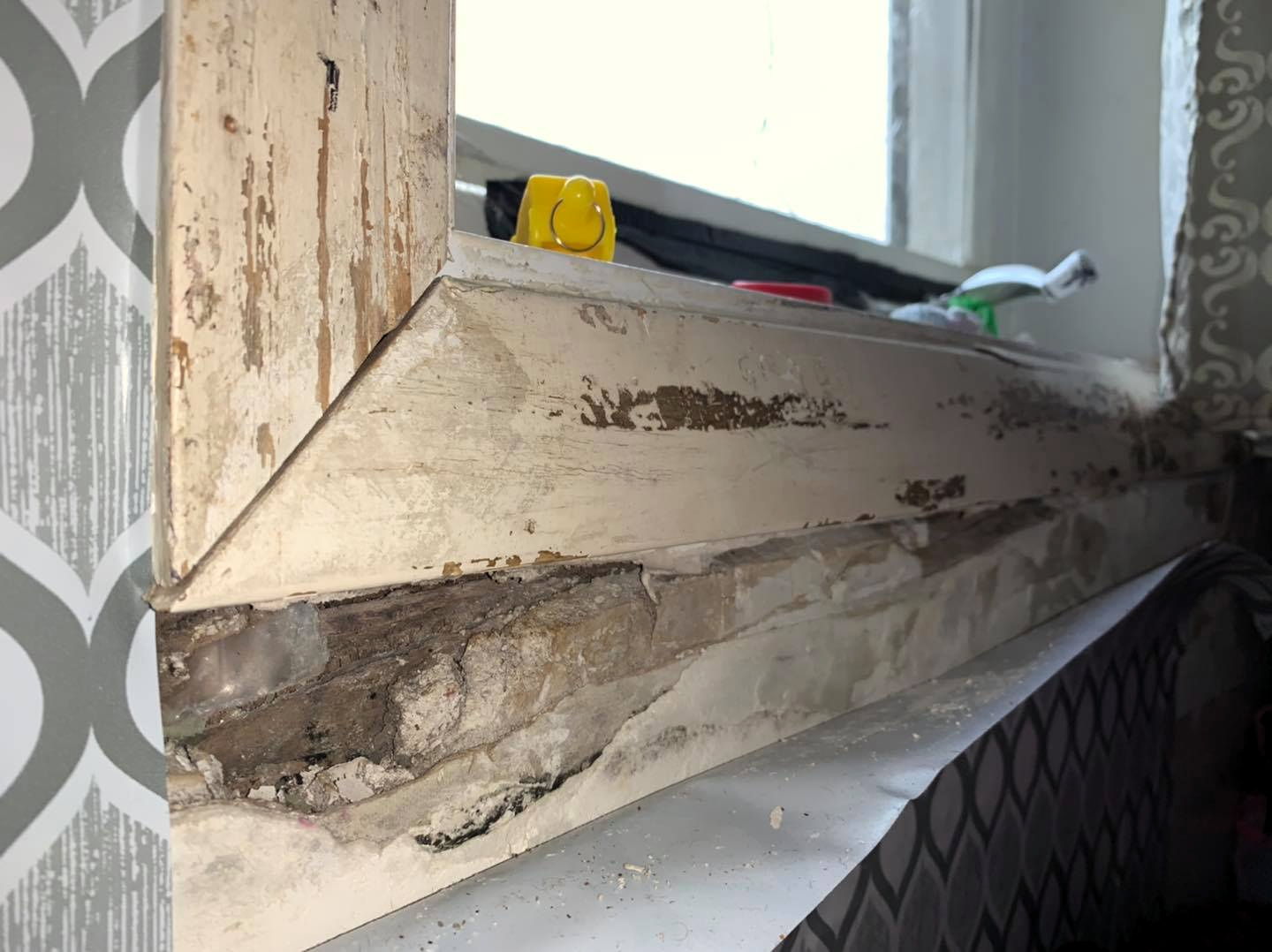 A damaged window frame inside a social housing unit in Kugaaruk. Nunavut’s member of parliament, Mumilaaq Qaqqaq, will wrap up a tour of Kitikmeot and Kivalliq communities this week that’s aimed at drawing national attention to Nunavut’s staggering housing problems. (Photo courtesy of Mumilaaq Qaqqaq)

Nunavut’s housing crisis is a glaring example of systemic racism, but the Liberal government does next to nothing to fix it, says the territory’s New Democratic Party MP.

“The whole entirety of systems within the territory do not work for Inuit. Clearly, we have some of the highest rates of violence, abuse, deaths. It’s heartbreaking,” Mumilaaq Qaqqaq said last Friday in an interview with Nunatsiaq News.

She made that remark near the end of a two-week trip to Kitikmeot and Kivalliq communities that, combined with a petition she launched on July 22, is part of a crusade aimed at drawing national attention to Nunavut’s staggering housing problems.

Nunatsiaq News asked Qaqqaq if the inadequate supply and distribution of housing among Inuit in Nunavut fits the strictest possible definition of systemic racism: structures, policies or practices that produce unequal outcomes.

“Absolutely,” she said. “The relationship between the federal government and Inuit has never been good. We have never, ever in the history of that relationship seen adequate housing, ever.”

“Some people are living in mould boxes”

In each community, she’s had time to visit people living in about 15 housing units, taking photos and recording what she sees and hears.

In the eastern Kitikmeot communities of Gjoa Haven, Kugaaruk and Taloyoak, where she started her tour, she says housing conditions are “horrible,” the worst she’s seen so far.

“I don’t know how else to explain it, but basically some people are living in mould boxes. You can smell it as you enter the home. There are some places where I’m constantly sneezing, and imagine it for people who are living there the whole time, mould in bathrooms and bedrooms,” she said.

She started with the Kitikmeot region, she said, because it’s “already left out of a lot of conversations.”

After the Kitikmeot, she visited Salliq (Coral Harbour) and Naujaat, where on Saturday she found time to express her outrage on the CTV News Channel, in an interview segment that’s part of the network’s “Realities of Racism” series.

The numbers from the Nunavut Housing Corp. support what Qaqqaq observed. For example, a housing needs survey from 2011 done in Gjoa Haven shows that, even then, 57 per cent of occupied dwellings were classified as “crowded.”

And 69 per cent—seven in 10—of all occupied dwellings were deemed “below housing standards” in 2011, meaning they were either crowded, in need of major repairs, or both.

In 2016, 52 per cent of Nunavut’s population lived in social housing. Of those, 38 per cent—and up to 72 per cent in some communities—lived in overcrowded conditions, a housing corporation report said.

The vast majority of social housing tenants in Nunavut are poor. About 80 per cent make less than $23,000 a year, which means most pay a minimum rent of only $60 a month, the 2016 housing corporation report said.

Qaqqaq said mould isn’t the only problem that afflicts social housing tenants: many units are badly deteriorated and in dire need of repair.

“I met a lady whose draft in her bedroom is so severe, her bed gets frozen to her wall. There are people living in very severe conditions. It’s really heartbreaking,” she said.

And then there are all the other problems that inadequate housing makes worse: respiratory diseases like tuberculosis and chronic obstructive pulmonary disease, various forms of mental distress, family violence and sexual abuse of children.

The annual cost of operating and maintaining a single housing unit is staggering: about $26,000 a year, the housing corporation said in 2016. 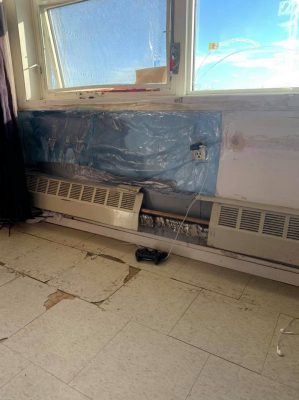 At the same time, local housing organizations struggle in their efforts to hire trained staff to maintain the houses and pay for the high costs of repairing housing units.

“They do their absolute best, but they are really faced with a huge financial burden.”

That comes nowhere near to meeting Nunavut’s estimated need for 3,100 new units, representing about 5,000 people, or 2,500 families, who are in need of adequate housing.

“It’s been made very clear that the federal government has been able to get by with doing nothing, and it is absolutely astonishing to me, because we are the first people of this country,” Qaqqaq said.

By Friday, Qaqqaq will have toured Rankin Inlet and Arviat, and will have headed back to Ottawa.

After that, she’ll use the material she’s gathered to press for more federal support for housing in the territory, and will meet with other members of the NDP caucus in the House of Commons “to bring something forward.”

In about a month she wants to tour the Qikiqtani region, but she said air travel to and within Nunavut is now much more difficult because of the scheduling reductions that airlines have made in response to the COVID-19 pandemic. 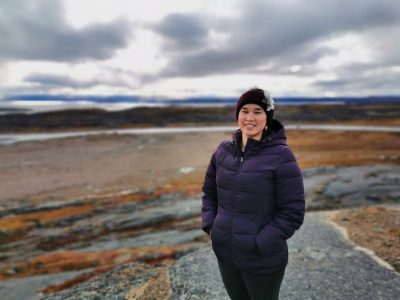 Nunavut’s member of parliament, Mumilaaq Qaqqaq, says that although she’s exempt from having to observe Nunavut’s 14-day quarantine requirement prior to entry into the territory, she’s observing it anyway. She has already done two stints in isolation, once in Winnipeg and once in Ottawa. (File photo)

“There are 25 communities and it can take up to two to three days to get to a community sometimes.”

Although as an elected MP, she’s exempt from Nunavut’s 14-day quarantine requirement, she respects that requirement and has done two 14-day isolation stints prior to entering Nunavut: once in Winnipeg and once in Ottawa.

She also wants to tour Sanikiluaq and is well aware that, like the Kitikmeot region, the Belcher Islands community is often forgotten.

And there’s one another thing. She wants people to understand that as a federal MP, her power is limited.

“People have this notion that I can somehow walk into their home and get them a new unit.

“But ultimately what my job boils down to is to advocate for the territory and to try and get money from the federal government into the territory. When decisions are made, that’s up to the Government of Nunavut.”